It's a relatively small part of the overall market now, but favorable tailwinds helped push it higher.

The stock market finished lower on Wednesday afternoon, losing ground late in the session to send all three major benchmarks down. News from the Federal Reserve showed a continued willingness to keep interest rates at rock-bottom levels, but investors weren't entirely comfortable with the central bank taking note of the recent rise in inflationary pressures.

Yet even as most measures of the market gave up ground, one sector managed to do extremely well on Wednesday. That sector was energy, and as oil prices moved back toward multiyear highs, investors want to know if oil and gas stocks have further to climb in the future. 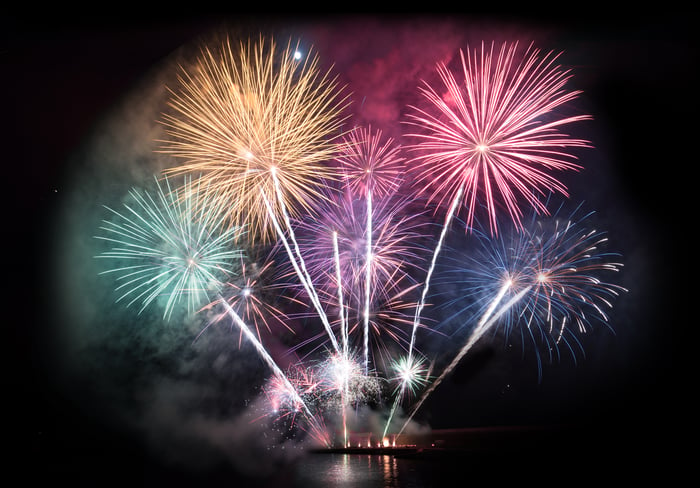 Declines in the most widely followed major benchmarks were relatively modest, with the worst drops amounting to less than half a percent. The S&P 500 (^GSPC 0.36%) held up the best on the day, while the Nasdaq Composite (^IXIC 0.00%) and Dow Jones Industrial Average (^DJI) did progressively worse.

What's happening in the energy market

Many energy stocks gained ground because of the rise in the price of oil. West Texas Intermediate crude oil climbed almost 1.5%, coming within striking distance of $64 per barrel. That's not too far below the best levels investors have seen all year, and you have to go back to late 2018 for the last time oil traded much higher than it did today.

Rising oil prices stemmed from a strong position from the OPEC cartel, which has done a good job of limiting production in order to let crude prices move steadily higher since the massive disruptions the market saw in the immediate aftermath of the COVID-19 pandemic. Even as case counts in India and elsewhere remain on the rise, oil-producing countries remain confident that vaccination rollouts will contribute to a sustained economic recovery that in turn could return crude to the triple-digit levels we saw in the early to mid-2010s.

The resulting moves higher for energy stocks were widespread. The Energy Select Sector SPDR ETF (XLE -1.71%) picked up almost 3.5% on the day.

Can the market stay energetic?

Energy makes up a small part of major stock indexes like the S&P 500, so gains in energy like today's don't have a huge impact on the broader market. Nevertheless, as cyclical stocks start to gain in importance in the 2021 recovery, investors need to expect that companies in areas like energy could well outshine the tech stocks that have been such high-growth leaders for years.