The tablet, powered with the company's new M1 chip, was unveiled only days ago.

Are you jazzed by the recent rollout of Apple's (AAPL 1.89%) new iPad Pros and eager to get your hands on one? Well, you'll need to find some patience, as the availability of the snazzy tablets has been pushed back.

According to checks of Apple's website conducted by Bloomberg Friday morning, soon after putting them on sale, the company was indicating that initial U.S. deliveries of the products will occur from June 24 to July 8. 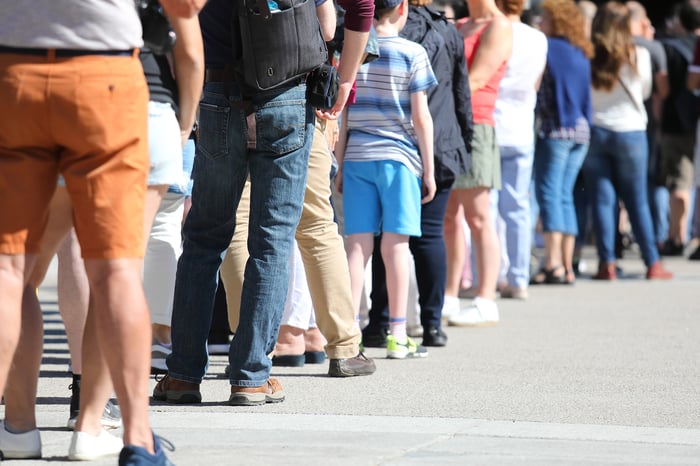 Apple has not yet made an official statement or communicated with its customers about this. The company frequently takes some time to get new models into the hands of consumers; also, continuing chip shortages suffered by manufacturers around the world are a likely contributor to the situation.

The latest iPad Pro was rolled out, with the usual fanfare, during the company's "Spring Loaded" event in mid-April. The new tablet was one of the more "wow" products being introduced within the set of new offerings, not least because it contains the M1. This is the ultra-fast proprietary chip Apple has developed, and with which it is rapidly reducing its dependence on longtime supplier Intel.

While Apple has done a good job in boosting revenue from its services, it is still heavily dependent on sales of its famous products -- all told, the latter category comprised over 81% of its top line in the most recently reported quarter. Hardware sales are dominated by the iPhone, but the iPad has a good foothold -- sales of the tablets exceeded $7.8 billion during the period, up a very robust 79% year over year.

On Friday, Apple shares fell at a steeper rate than the overall market, declining 1.5% against the 0.7% dip of the S&P 500 index.