Please ensure Javascript is enabled for purposes of website accessibility
Log In Help Join The Motley Fool
Free Article Join Over 1 Million Premium Members And Get More In-Depth Stock Guidance and Research
By Anthony Di Pizio - May 1, 2021 at 7:10AM

The automaker continues to derive too little income from its core business.

Tesla continues to struggle with delivering meaningful profits from its core business -- manufacturing and selling cars -- and instead drew huge windfalls from selling regulatory credits and Bitcoin (BTC 3.39%). So despite the earnings beat, the company's Q1 success may not be exactly as advertised. 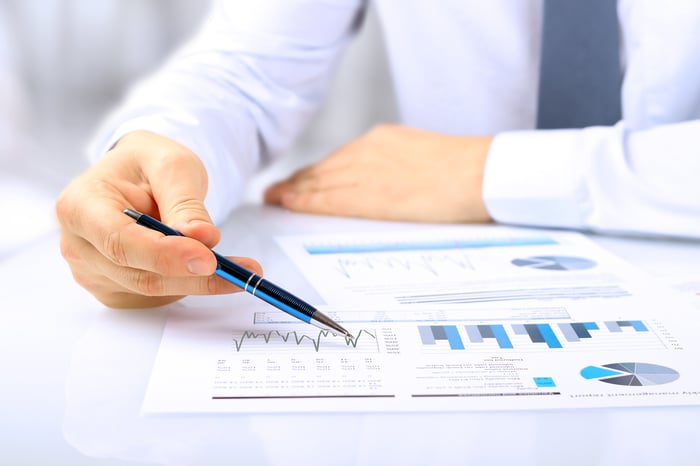 Vehicle deliveries were an undisputed bright spot in the first quarter. At 184,877, they were more than double the 88,496 delivered in the same quarter in 2020. The company delivered only marginally more cars than the 180,667 last quarter, though, but the metric remains elevated, which is a good sign.

Revenue was also up materially, showing 74% year-over-year growth to nearly $10.4 billion. However, this was a 3.3% revenue drop compared to the fourth quarter 2020, as the average sale price per vehicle fell about 13%. The company attributed this to its cheaper China-made cars growing to be a bigger part of the sales base, plus product updates to the more expensive Models S and X.

Perhaps the biggest source of concern for investors was the meager $594 million in operating income. While the positive number was great, it included $518 million from the sale of regulatory credits -- which are given to companies by governments to incentivize the reduction of carbon emissions. Tesla sells its excess credits to other automakers that need them to avoid government penalties.

Without this source of revenue, Tesla effectively generated less than $100 million from operating its primary business of actually building and selling cars. Given the company's current market cap of $670 billion, it's likely going to need more bottom-line results or face a potentially underperforming share price.

Back in February, Tesla famously revealed that it purchased $1.5 billion worth of Bitcoin, with a dual-purpose mandate. Elon Musk liked the investment case, but the company also envisioned a future -- now a reality -- where Tesla customers could pay for their new cars with the cryptocurrency.

However, in the very same quarter, the company liquidated some of its position, selling down about $272 million worth of "digital assets." It still holds $1.33 billion, indicating a profit (so far) of about $102 million. Tesla was (at least in part) testing the liquidity of Bitcoin by making the sale, according to comments on the earnings call.

Considering the $272 million in proceeds from the Bitcoin sale, combined with the $518 million in regulatory credit sales, that $790 million comprised the majority of Tesla's record $1.05 billion in net income. It raises some real questions about Tesla's commercial viability as an automaker at its current $670 billion valuation.

Tesla would likely benefit from staying out of the headlines from crypto-like dabbling in the future. It creates uncertainty and potential volatility for the company's financial situation. If its Bitcoin was sold at a loss, it could have materially impacted the quarter's net financial result. Tesla should consider whether it wants its performance tied to the highs and lows of the cryptocurrency markets.

It should focus on its core business and work on making it more profitable. The new gigafactories in Berlin, Germany, and Austin (Giga Texas) are incredibly exciting developments, and exactly the sort of innovations the company should be known for. Giga Texas, for example, will be the home of production for hotly anticipated models like the Cybertruck and the Semi.

Ultimately, though, for Tesla to mature into an automaker worthy of its valuation, it will need to continue boosting vehicle delivery numbers and ensuring the cash flows through to the bottom line.