Please ensure Javascript is enabled for purposes of website accessibility
Log In Help Join The Motley Fool
Free Article Join Over 1 Million Premium Members And Get More In-Depth Stock Guidance and Research
By Howard Smith - May 3, 2021 at 10:47AM

The company surprised investors with a change in the executive suite.

Shares of Canadian cannabis company OrganiGram Holdings (OGI 1.53%) dropped Monday after the company told investors the CEO has stepped away from that role. As of 11 a.m. EDT, OrganiGram shares were 4.5% below Friday's closing price.

The company surprised investors today with news that CEO Greg Engel will be leaving that role immediately and that his interim replacement is board chairman Peter Amirault. Engel will remain as a special advisor to the board of directors during an undefined transition period. No reason was given for the change. 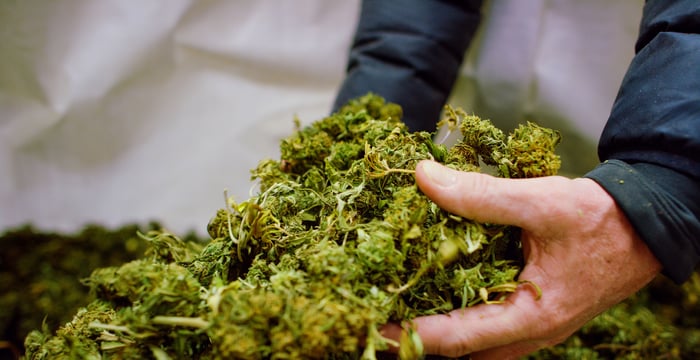 In his new role as interim executive chairman, Amirault will oversee the company's operations until a permanent CEO is named. Lead director Geoff Machum thanked Mr. Engel for his contributions, saying in a statement, "Greg has brought innovative leadership as the company created new structures around operations and increased capacity to serve the growing marketplace, while ensuring our successful launch into the adult recreational cannabis space and bringing leading innovative new platforms and edible products to the marketplace."

OrganiGram reported quarterly financial results on April 13 and made no mention of plans for an executive change. The company reported net revenue dropped 37% versus the prior-year period, and the cost of sales almost doubled. But Mr. Engel spoke of longer-term plans and a new growth platform with the recent acquisition of the Edibles and Infusions Corporation.

Investors don't generally like surprises, and one of this magnitude is bringing more sellers than buyers to the stock today.