Please ensure Javascript is enabled for purposes of website accessibility
Log In Help Join The Motley Fool
Free Article Join Over 1 Million Premium Members And Get More In-Depth Stock Guidance and Research
By Kailey Hagen - May 4, 2021 at 6:10AM

In these situations, starting early is the smartest money move you can make.

Starting Social Security at 62 can cost you big -- as in six figures lost over your lifetime if you're really unlucky. That's because the Social Security Administration permanently reduces your checks for every month you claim benefits before your full retirement age (FRA) -- between 66 and 67 for today's workers.

But there are also times when signing up right away is the smartest move you can make. If any of the three situations below apply to you, you fall into the latter camp and should consider signing up for Social Security as soon as you blow out those 62nd birthday candles. 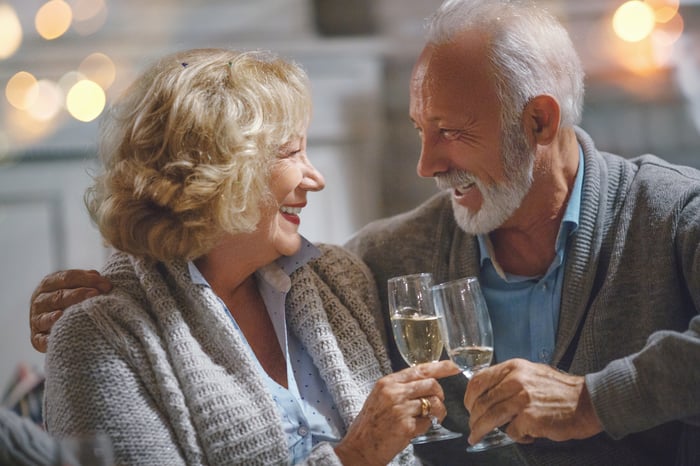 If you can't survive without Social Security, you should sign up for it right away. Will it reduce your lifetime benefit compared to waiting until your FRA or older to claim? Maybe. But if you can't pay your bills today, you face all kinds of horrible prospects like debt, eviction, and a general deterioration in quality of life. More money down the road won't make up for that.

But delaying benefits, even by a few months, could be worth it if it isn't going to put your financial situation in too much peril. Every month you delay Social Security benefits increases your checks slightly, at least until you hit 70. Here's a primer if you want to learn how your starting age affects your benefit.

Delaying benefits even by just one month could increase the average Social Security check from $1,551 per month to $1,557 per month. Sure, it's only $6 more per month, but that's $1,800 extra dollars over 25 years. Every little bit counts.

2. You don't expect to have a long lifespan

Going for your maximum benefit makes sense if you're going to live long enough to reap the rewards of these bigger checks, but when you have a terminal illness, it's a risky gamble. If you decide to delay benefits to get bigger checks and you die before you sign up, you've probably just cost yourself tens of thousands of dollars. Even if you claim your larger benefits for a few years, you could still shortchange yourself.

If you don't think you're going to make it to your 80s, you're usually better off signing up for Social Security right away and getting as much out of the program as you can while you're alive. If you don't need the money right away, you could invest it in something low-risk to help it grow and leave an even better legacy for your loved ones once you're gone.

3. Your spouse needs your help

Higher earners end up with bigger Social Security checks, leaving them with more to gain by delaying benefits. Your checks increase by anywhere from 5/12ths of 1% to 2/3rds of 1% for every month you delay. A 5/12ths of 1% increase on a $1,000 benefit amounts to an extra $4.16 a month, while the same increase on a $3,000 benefit would give the recipient an extra $12.50 per month. So delaying Social Security is especially lucrative for those with above-average benefits.

But as we discussed above, without enough personal savings, it isn't possible to delay benefits even if you'd like to. If you're married, though, your spouse may be able to come to your rescue.

When one partner qualifies for a much larger benefit than the other, it makes sense for the lower earner to sign up right away at 62 or as soon as needed to help the higher earner delay Social Security until they qualify for their maximum benefit. The lower earner's checks will provide a steady stream of income for the couple for a few years. Then, if they qualify for a higher spousal benefit when their spouse signs up for Social Security, the Social Security Administration will automatically switch them over.

This strategy doesn't work as well if both couples qualify for similar Social Security benefits. The higher benefit the one spouse earns for delaying will likely be offset by the lower benefit the other gets for claiming early. And because the maximum spousal benefit is 50% of the worker's benefit at their full retirement age, it likely won't be higher than what the early claimer is receiving already, leaving them stuck at their reduced benefit amount for the rest of their life.

Unless you're already of claiming age, you probably don't have to decide when you're going to sign up for Social Security right now. Your opinions on that could change over time as your financial circumstances shift. But if you think any of the three scenarios above may apply to you, claiming at 62 could be the right choice. Keep it on your radar and determine how much you need to save on your own to cover the rest of your costs. Then, adapt your plan over time as your situation changes.