Please ensure Javascript is enabled for purposes of website accessibility
Log In Help Join The Motley Fool
Free Article Join Over 1 Million Premium Members And Get More In-Depth Stock Guidance and Research
By Dan Caplinger - May 7, 2021 at 12:50PM

Investors looked to end the week on a positive note.

The stock market has seen some turbulence lately, but investors were in a good mood on Friday morning. Major market benchmarks climbed on readings that the U.S. employment picture was weaker than expected, as that supported the idea that the Federal Reserve would need to keep interest rates low for a longer period of time before starting to tighten them. As of 11 a.m. EDT, the Dow Jones Industrial Average (^DJI) was up 152 points to 34,700. The S&P 500 (^GSPC) gained 31 points to 4,233, while the Nasdaq Composite (^IXIC) picked up 179 points to 13,812.

Earnings season has shown a lot of positive signs from companies, even though their share prices haven't always responded favorably. On Friday, though, both Roku (ROKU) and Square (SQ) saw impressive gains following their latest results. Below, we'll look more closely at why shareholders are excited about the prospects for these two companies.

Shares of Roku were up more than 13% Friday morning. The streaming television service continued to see strong growth and expects a healthy environment for the foreseeable future. 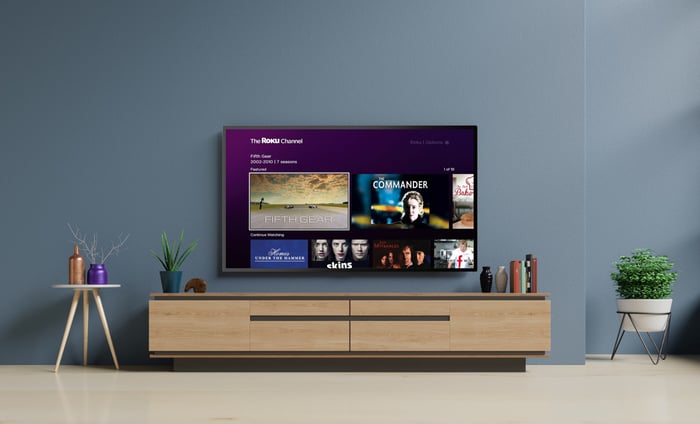 Roku is excited about the offerings it has to attract customers. The company touted its 4K-enabled streaming product and its hands-free voice-activated remote, along with a new version of its operating system. Roku has also done a good job of ensuring it has the most popular content available on its platform.

Best of all, Roku sees 2021 proceeding favorably. Some have feared that bringing the COVID-19 pandemic under control might push some viewers away from televisions, but Roku's guidance was positive and the company is investing heavily in the many growth opportunities it sees. That should be good news for shareholders as they look at Roku's promise going forward.

Squaring off and winning

Meanwhile, shares of Square were higher by nearly 6%. The electronic payment platform provider also posted favorable results in its first quarter of 2021.

Square has also been innovative recently. It launched its Square Messages system to let sellers interact with customers more effectively, while also starting to target larger sellers to attract to its platform. International launches in the U.K., Australia, and Japan showed signs of promise despite extensive lockdown measures. Square is also seeing signs of greater spending, particularly late in the quarter in March.

Square remains uncertain about its future prospects because of the pandemic, especially as government assistance programs wind down and take away what had been a favorable tailwind for the company in 2020. Nevertheless, investors still like Square's long-term prospects and think it can hold on to the growth it saw last year.

These Nasdaq Growth Stock Favorites Are Falling -- Time to Sell?