Please ensure Javascript is enabled for purposes of website accessibility
Log In Help Join The Motley Fool
Free Article Join Over 1 Million Premium Members And Get More In-Depth Stock Guidance and Research
By Scott Levine - May 8, 2021 at 2:18PM

While frosty temperatures nipped at their noses, hydrogen-minded investors warmed up to FuelCell Energy (FCEL 1.17%) last winter. The stock climbed 86% in January and hit a 52-week high in mid-February. Since then, however, fuel cell-focused investors have turned a cold shoulder to the stock. It ended up sinking 18% in February and then another 15% in March. The slide, moreover, continued in April as shares of FuelCell Energy plummeted 33%, according to data provided by S&P Global Market Intelligence.

Still wrestling with the uninspiring Q1 2021 earnings report that the company released in March, investors also decided to leave their positions as Wall Street turned bearish on the stock. 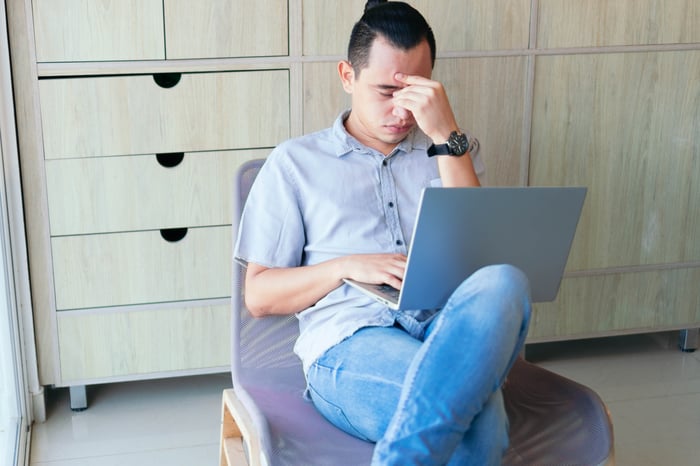 While FuelCell Energy released Q1 2021 earnings in mid-March, the disappointing report continued to shake investors' resolve through April. For one, FuelCell Energy reported $14.9 million on the top line -- well short of the consensus among analysts that the company would report revenue of $22 million. Similarly, the company, reporting negative EPS of $0.15, came up significantly short of analysts' estimate of a $0.04 loss per share.

Analysts' optimistic takes on FuelCell Energy's stock were nowhere to be seen last month, to the chagrin of investors. Announcing that it had begun coverage of the stock on April 15, B. Riley assigned a neutral rating and an $11 price target on FuelCell Energy's stock, according to TheFly.com. B. Riley analyst Christopher Souther said the stock's valuation was the basis for the rating. A more bearish take on the stock followed shortly thereafter. On April 19, Wells Fargo initiated coverage on the stock with an underweight rating and assigned a $9 price target.

Seeking to provide an alternative to conventional power sources through its fuel cell technology, FuelCell Energy has gained considerable attention from growth investors over the past year as political tailwinds have sent many renewable energy stocks flying. The rub, however, is that the company continually fails to live up to investors' hopes. It consistently fails to show meaningful growth in its revenue, and profit remains elusive. Those who are bullish on the company's prospects will obviously want to see what the company reports this summer for its Q2 2021 earnings report, but they shouldn't expect to find much improvement.