Please ensure Javascript is enabled for purposes of website accessibility
Log In Help Join The Motley Fool
Free Article Join Over 1 Million Premium Members And Get More In-Depth Stock Guidance and Research
By Keith Noonan - May 10, 2021 at 3:02PM

Shares of Lizhi (LIZI 0.00%) dipped 33.4% in April, according to data from S&P Global Market Intelligence. The China-based audio platform company's stock soared 144.2% in February and then climbed 13.5% in March, but investors cooled on it last month after management moved forward with its plans to raise funds through new stock offerings. 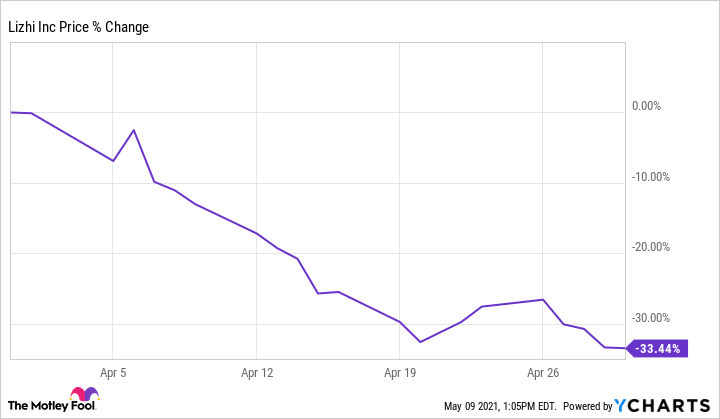 The company revealed on April 13 that it had closed its offering for roughly 3.85 million American depositary shares at a price of $8.14 per share, raising $30 million. The company had announced near the end of March that it planned to raise roughly $200 million through the sale of various securities, so it seems likely that more stock dilution is on the way. 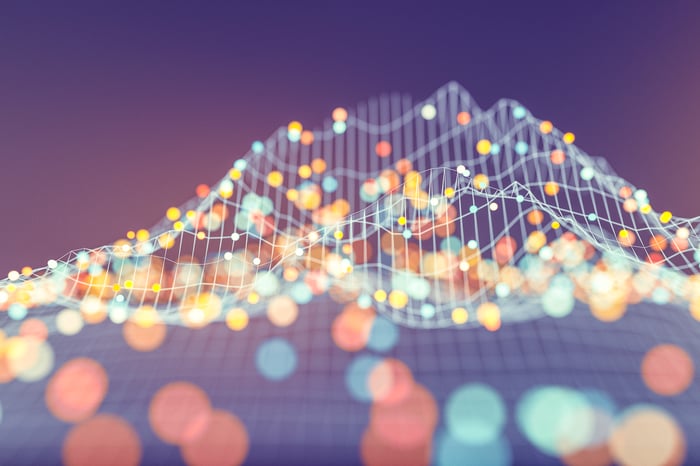 Lizhi stock skyrocketed early in February after the company published a shareholder letter that laid out an appealing growth outlook, and it looks like management is taking advantage of the big share price gains in order to help fund those growth initiatives.

Lizhi stock has continued to lose ground early in May's trading. Its share price is down roughly 16% in the month so far. Despite the recent pullbacks, though, the stock is still up roughly 33% year to date. 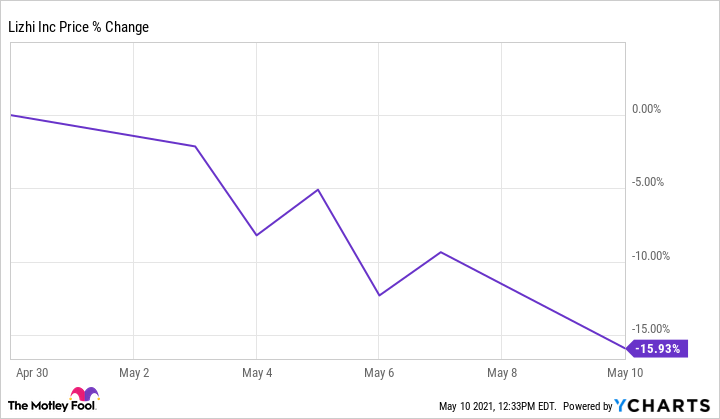 While podcast content is typically inexpensive compared to television and film production, attracting talent that can bring listeners to a network can still be expensive. Much of the content on the company's podcast network is user generated, but it looks like it's gearing up for a substantial premium content push. In addition to its podcast platform, Lizhi also operates a voice-based social network, and funding could be needed to build its technology infrastructure and promote user growth.

Lizhi has a market capitalization of roughly $256.5 million and is valued at roughly 0.9 times this year's estimated revenue.

Why Lizhi Stock Dropped 10% on Tuesday

Why Lizhi Stock Gained 13.5% in March