Please ensure Javascript is enabled for purposes of website accessibility
Log In Help Join The Motley Fool
Free Article Join Over 1 Million Premium Members And Get More In-Depth Stock Guidance and Research
By Eric Volkman - May 10, 2021 at 6:26PM

The most immediate event for Novavax was actually a positive one. In its first-quarter earnings release published Monday morning, the biotech revealed that it earned $447 million in revenue, miles ahead of the nearly $3.4 million in the same quarter of 2020. Net loss, though, deepened to almost $223 million ($3.05 per share) from the year-ago deficit of almost $26 million. 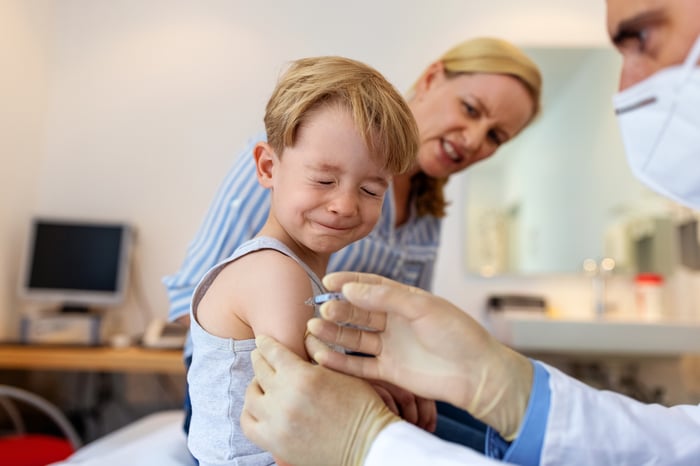 Both numbers beat the average analyst estimates of just under $234 million on the top line, and a per-share net loss of $3.60.

However, investors were likely more concerned with the company's news that the production of its NVX-CoV2373 coronavirus vaccine will ramp up more slowly than expected. Novavax now expects to reach its production goal of 150 million shots per month in the fourth quarter of this year, one quarter later than it previously aimed for.

Compounding that, it added that it likely won't file for authorization from regulators in the U.S., the U.K., or the European Union until Q3.

Many Novavax investors are pinning their hopes on NVX-CoV2373 as for them the company is a play on the vaccine. Yet the pandemic is ebbing in many parts of the world, and competitors won authorization for their shots in those important jurisdictions first. Novavax certainly has promise, but that vaccine news wasn't exactly encouraging.