Please ensure Javascript is enabled for purposes of website accessibility
Log In Help Join The Motley Fool
Free Article Join Over 1 Million Premium Members And Get More In-Depth Stock Guidance and Research
By Jim Halley - May 11, 2021 at 6:03AM

The large generics manufacturer's share price is up more than 35% over the past year.

Dr. Reddy's Laboratories (RDY -0.04%) may be one of the best medical stocks you haven't heard of. The pharmaceutical company concentrates on generic and biosimilar medicines for cardiovascular disease, pain management, oncology, gastrointestinal ailments, dermatology, anti-infection treatments, and pediatrics. Though it is the third-largest pharmaceutical company in India, most of its sales (39%) are in North America.

The company's stock is down slightly this year (1.42%), but up more than 35% over the past 12 months, and trends are working in the company's favor. India is the world's largest exporter of generic medicines, responsible for 20% of the world's generic exports, according to Indian Chemical News. There's plenty of growth potential within the country as well, with India expected to surpass China as the most populous nation in the world by 2027. 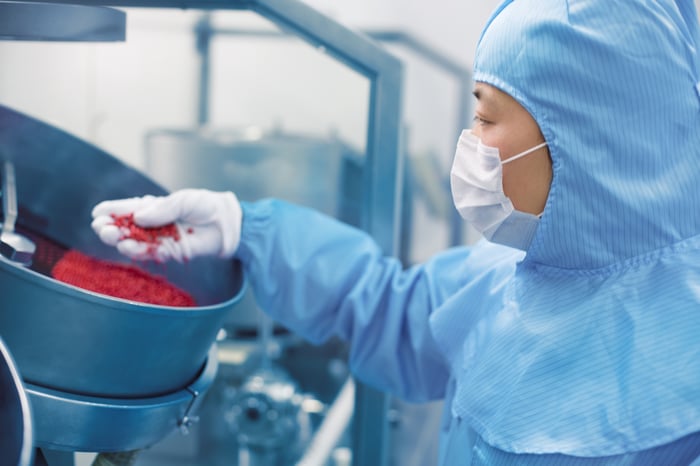 A strong balance sheet gives cause for optimism

Dr. Reddy's showed positive gains in the most important financial data, according to its annual report. Revenue for 2020 was listed as $23.7 billion, up 13% over 2019. Gross profit was $1.27 billion, again up 13% year over year. EBITDA was up to $626.8 million, a rise of 36% over 2019. Pharmaceutical companies that specialize in generics have lower margins than other pharmaceutical companies, but Dr. Reddy's has improved its margins over the past two years.

Its sales actually declined in India, but that was more than offset with increased sales in Europe, the United States, and emerging markets. Last year was a strong year with 101 generic filings pending for approval with the U.S. Food and Drug Administration (FDA) as of June 2020.

The company also improved its profit margin to 56% in the first quarter, up 4.3% year over year and 4.5% sequentially. 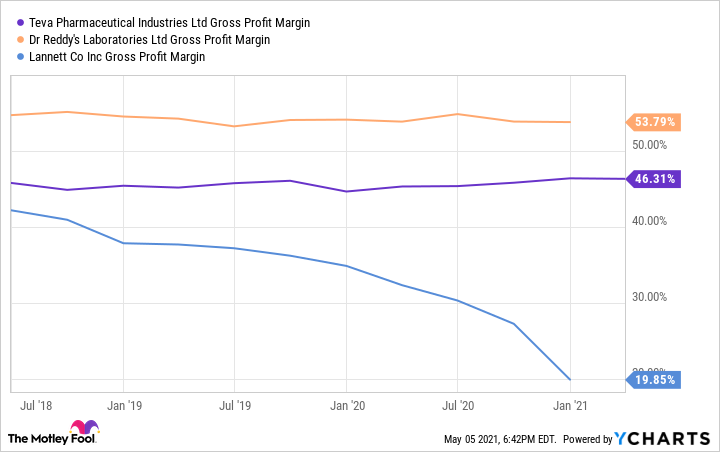 Some of the company's biggest generic brands include Omez, an antiulcer and heartburn medication, pain reliever Nise, and Stamlo, a calcium channel blocker.

The company's most recent launch in the U.S. is for albendazole, the generic version of the antiworm medication, Albenza, sold by GlaxoSmithKline. According to a study by MarketsandResearch.biz, the albendazole market should grow with an 8% compound annual growth rate through 2025, reaching $188.4 million.

It also came to terms last September on an agreement with Bristol-Myers Squibb that, starting in 2022, allows Dr. Reddy's to produce a limited supply of the generic form of Revlimid, a multiple myeloma drug that had $12.1 billion in sales last year.

Branching out to fill a need

India has been dealing with a mounting COVID-19 threat, with more than 20 million cases of the virus, second only to the United States, and more than 222,000 deaths from COVID-19, third behind the U.S. and Brazil. Dr. Reddy's is in the process of becoming India's third maker of a COVID-19 vaccine as it was granted emergency use approval in April to distribute the Russian Sputnik V vaccine.

Dr. Reddy's appears to be on the upswing and a good choice for healthcare investors. Over the past three years, it has increased revenue 21% and its profit margin 20%. Because it is in India, it has lower production and labor costs than other big generic competitors, dwarfing the margins of companies such as Teva Pharmaceuticals and Lannett. If Dr. Reddy's can make greater inroads in its own country as well as it has in the United States, there's massive potential for share price growth.

The company's slip in share price the past three months, to me, makes it a more attractive buy with a forward price-to-earnings (P/E) ratio of 24, which is low compared to the 34 forward P/E ratio of most pharmaceutical companies.

Is Dr. Reddy's Laboratories a Buy?