Please ensure Javascript is enabled for purposes of website accessibility
Log In Help Join The Motley Fool
Free Article Join Over 1 Million Premium Members And Get More In-Depth Stock Guidance and Research
By Parkev Tatevosian - May 13, 2021 at 8:43AM

AMC Entertainment Holdings (AMC 2.69%) is having a hard time bouncing back from the adverse financial effects of the coronavirus pandemic. Last year, the movie theater chain had to shut its doors, cutting off nearly 100% of its revenue.

That has led to cascading consequences. For instance, movie studios have started releasing new films simultaneously on streaming platforms and the big screen. In addition, the extended shutdown is raising liquidity problems at AMC. That's why the one thing you must know from AMC's earnings report is how much cash it burned through in the first quarter of 2021. 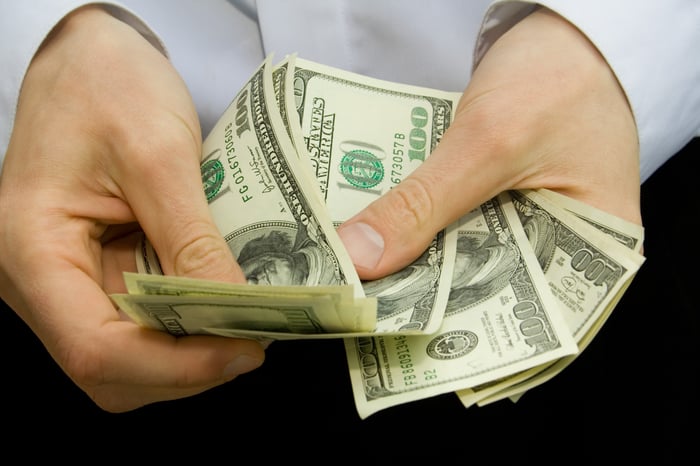 How much cash did AMC go through?

However, things could get better from here on out for AMC. Major movie-going markets New York City and Los Angeles allowed movie theaters to reopen (albeit at reduced capacity), and studios are releasing potential blockbusters to the big screen again. Furthermore, the expansive vaccination campaign in the U.S. is bringing down the number of people testing positive for COVID-19, and that is paving the way for increased capacity limits inside theaters.

Any progress should help since AMC has to pay rent for its movie theaters regardless of seats getting filled. Bringing movie-goers back to the big screen will help cover fixed costs and give the troubled company time to bounce back.

In addition to reporting how much money it lost in operations for the quarter, AMC reported having $1 billion in liquidity. Taking the two figures together, it has roughly 10 months of liquidity available -- that is, of course, if it does not raise any new capital. To that end, management must be commended for raising $2 billion in capital in the last five months.

If vaccination trends and Covid infections continue in a favorable direction, ten months appears to be enough time for AMC to get on a sustainable path cash-wise.

Still, the virus is unpredictable, and things could go in a negative direction quickly. Also, there is no sure way of telling whether consumers will return to theaters as enthusiastically as they did before the pandemic. On the flip side, several smaller theaters shut shop for good for lack of cash on their balance sheets, and that development could see AMC commanding a bigger chunk of the movie-going cohort.

Even now, plenty of uncertainty remains. As a result, investors looking to start positions in AMC would be better served by waiting for at least another quarter to get a clearer signal of how consumers will respond to reopening theaters.