Please ensure Javascript is enabled for purposes of website accessibility
Log In Help Join The Motley Fool
Free Article Join Over 1 Million Premium Members And Get More In-Depth Stock Guidance and Research
By Rick Munarriz - Updated May 14, 2021 at 3:51PM

It wasn't just Disney+ that weighed on the media giant, but things will get a lot better.

Walt Disney (DIS 0.56%) had a lot to prove heading into Thursday afternoon's fiscal second-quarter report. The stock was initially moving lower on the release. The knee-jerk reaction is to blame weaker-than-expected growth in Disney+ subscribers for the rare top-line miss.

But do the math. It's a bigger story than growth slowing at Disney+ that held the House of Mouse back this time. The numbers are simple...but pack a calculator all the same. 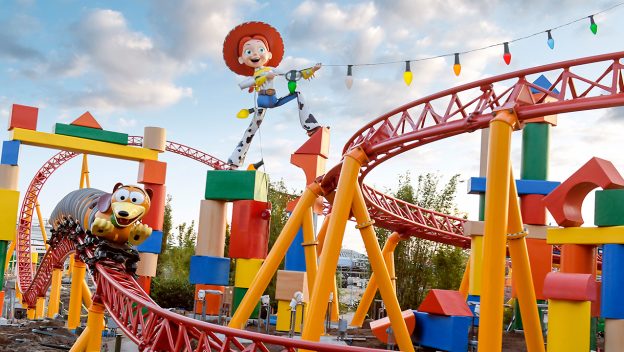 Disney+ went from 94.9 million subscribers at the end of December -- an amazing accomplishment for a platform that hadn't yet launched 14 months earlier -- to 103.6 million three months later. It's a big sequential step up, but not enough for the Wall Street pros, who had been modeling roughly 109 million accounts by now.

Here's where the calculator comes into play. Revenue clocked in at $15.61 billion; analysts were holding out for $15.87 billion. After Disney reached more than $18 billion on the top line a year earlier, this was a decline of 13%. Investors were targeting 12%. It may seem like a marginal miss: What's falling $260 million short in revenue when you are posting quarterly results in 11 figures?

Now we work the numbers. What did those 5.4 million missing Disney+ subscribers cost the House of Mouse? Average revenue per user is $3.99 a month. We're talking about roughly $65 million in revenue from 5.4 million members in a quarter. This is exactly 25% of the miss -- and technically it would be a lot less than that since these Disney+ accounts that never materialized would've joined during the quarter instead of at the very start. This means that more than 75% of the revenue miss is the handiwork from the rest of Disney's businesses. This is unfortunately not just about a Disney+ miss, but things will get better.

After four consecutive quarters of double-digit declines in revenue, we're about to hit some easy growth comparisons in the year ahead. The other end of the income statement was holding nicely even during the pandemic, as Disney has rattled off four straight quarters of bottom-line beats.

Average revenue per user has been trending lower as Disney expands into less affluent markets, but in the U.S. its monthly Disney+ subscription fee increased from $6.99 to $7.99 in late March. The hike came too late to help in the fiscal second quarter, but it will provide a lift in the current quarter if the company can keep churn in check.

Business from the parks has been a laggard, but the original Disneyland reopened two weeks ago, and a new Marvel-themed area opens in early June. On the other side of the country, we find Disney World increasing capacity and relaxing COVID-19 restrictions. It's going to be a good summer.

At the corner multiplex we have Cruella hitting the big screen -- as well as your smaller screen at home -- if you're willing to pay $30 for Disney+ Premier Access. Next month Luca will come to theaters, the latest release out of the Pixar hit factory.

Things aren't perfect. Linear television revenue is now declining. Disney gets props for hopping on consumer-direct streaming, but Hulu + Live TV has seen a dip in subscribers in back-to-back quarters. The media stock also soared over the past year on the success of Disney+, and now it might need to be firing on other cylinders to keep hitting new highs.

That's fine. Disney resiliently made it through the pandemic, and now it's positioned perfectly to be a major beneficiary of the reopening of the U.S., in the next "new normal."