Please ensure Javascript is enabled for purposes of website accessibility
Log In Help Join The Motley Fool
Free Article Join Over 1 Million Premium Members And Get More In-Depth Stock Guidance and Research
By John Ballard - May 17, 2021 at 11:08AM

The stock initially sold off sharply after the earnings report and is currently down 4.3% year to date. Investors are probably wondering if the House of Mouse is still a good investment.

Here are four important points from the earnings call that suggest Disney is doing fine and could make the sell-off a good buying opportunity. 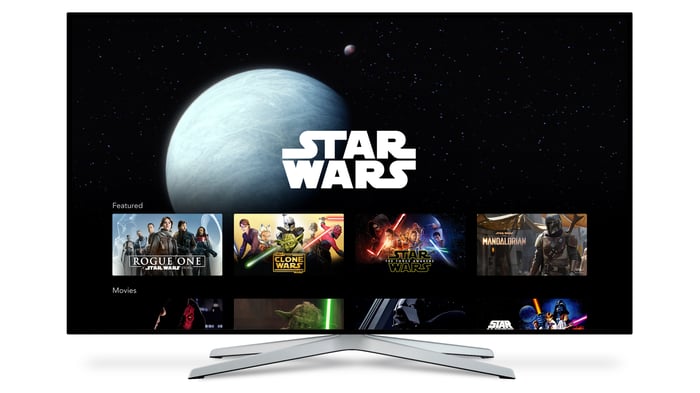 1. Disney+ is still on track to reach 230 million subscribers

Disney was already doomed to disappoint investors after Netflix (NFLX 2.72%) missed its own guidance for subscribers in the March-ending quarter. There was a strong pull-forward of signups for streaming services during the pandemic that may take a quarter or two to shake out.

Nonetheless, there were plenty of details in the earnings report that suggest Disney+ is still on track to hit its long-term subscriber target. For example, CFO Christine McCarthy said that Disney "added subs at a faster pace in the last month of the second quarter than we did in the first two months." And this was despite the first price increase for Disney+ since launch.

Looking beyond the near term, CEO Bob Chapek said: "We are on track to achieve our guidance of 230 million to 260 million subscribers by the end of fiscal 2024."

Disney expects subscriber growth to be stronger once content production resumes at full strength. Chapek said, "the anticipation for Marvel's newest series, Loki, which debuts on June 9 has been through the roof."

Remember that Disney has gained more than 100 million subs without tapping the deep pipeline of content from Star Wars and Marvel that management unveiled at its December investor day presentation. As the company adds more content from these powerhouse franchises, subscriber numbers should add up.

3. Disney+ has yet to benefit from recent price increases

Disney's average revenue per user (ARPU) fell 29% to $3.99 during the quarter. That is certainly a stark contrast compared to Netflix's 6% year-over-year increase in the last quarter. But there's more to the story here.

The decline in ARPU was due to the launch of Disney+ Hotstar in India, which produces a lower revenue per user than Disney+ in other markets. Excluding Hotstar, Disney+ ARPU would have been virtually unchanged at $5.61.

"As we move through the remainder of the year, we should start to see the benefit on Disney+ ARPU from price increases we've taken around the world," McCarthy said.

4. Per capita spending is up at theme parks

Of course, theme parks are still an important piece of Disney's business, generating $26 billion in revenue in fiscal 2019. Revenue from Disney parks, experiences, and products dropped 44% year over year in the quarter. But that's an improvement from the previous quarter's 53% decline.

Management offered more good news on the earnings call. "At Walt Disney World, attendance trends continued to steadily improve throughout the second quarter, and guest spending per capita again grew by double digits versus the prior year," McCarthy said.

Disneyland Resort opened on April 30, and management is "very encouraged" by the guest response so far.

It's tough to say where the stock will go in the near term, but Disney's franchises are some of the most valuable in the entertainment industry. I think it's a safe bet that once Disney unloads more content from its top brands on Disney+, and the rest of the business fully recovers from the pandemic, the stock price will likely trade higher than it does now. So, yes, I view the sell-off as a good buying opportunity.