Please ensure Javascript is enabled for purposes of website accessibility
Log In Help Join The Motley Fool
Free Article Join Over 1 Million Premium Members And Get More In-Depth Stock Guidance and Research
By James Brumley - May 14, 2021 at 8:17AM

The company whiffed on two of the three key metrics investors were watching most closely for the quarter, though everything remains a work in progress.

The widely anticipated second-quarter earnings report from entertainment giant Walt Disney (DIS 3.30%) is now out. All in all, it could have been better. While far from disastrous, there's a reason share prices tumbled to the tune of 4% in Thursday's after-hours trading, following the post-close release of the numbers.

Kudos to the House of Mouse on the profit front. Adjusted operating earnings of $0.79 per share readily topped expectations of only $0.31. The top line of $15.6 billion wasn't quite the $15.86 billion analysts were collectively expecting, and it was down 13% from the year-ago comparison of $18 billion. Profits were well up from the $0.60 per share earned in the same quarter a year earlier, however, and the lingering pandemic makes fiscal forecasting a less-than-precise endeavor. 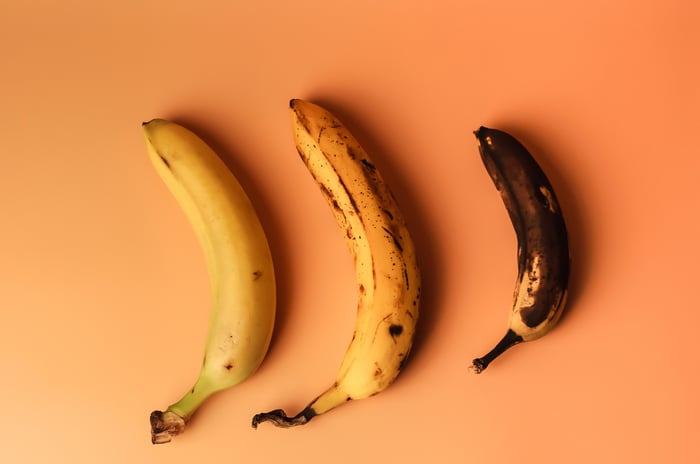 While active subscriptions to Disney+ improved by 8.7 million to reach 103.6 million, that growth marks the slowest pace of quarterly additions since the streaming service launched in the final quarter of 2019. The market didn't see that slowdown coming, either, with forecasters expecting a head count of around 109 million. Notably, the slowdown coincides with the service's first-ever price increase. The monthly retail cost of Disney+ jumped from $6.99 to $7.99 in late March, just days before the quarter ended.

Less apparent, yet more concerning, is that despite the price hike, the average monthly revenue per Disney+ user now stands at $3.99, down from $5.63 in the comparable quarter a year earlier.

The figures loosely imply that Disney may be facing new promotional and marketing challenges for its new streaming platform, although it's not necessarily facing such headwinds for its more-established Hulu streaming service. That service's streaming-only subscriber count (exclusive of its live/cable TV customers) grew from 35.4 million to 37.8 million.

One bright spot for the direct-to-consumer segment: Its operating loss was scaled back from $805 million a year earlier to only $290 million last quarter, although it's possible some of that margin improvement stems from canceled or postponed production of streaming programs.

The ugliest piece of Walt Disney's second-quarter earnings report is also the least surprising. Revenue generated by its theme parks and resorts tumbled 44% to $3.2 billion for the three-month stretch ending in early April. The division also swung from an operating profit of $756 million in the same quarter a year ago to a loss of $406 million this time around.

Granted, any expectation for this business unit is an unfair one. Most of its parks began the quarter completely shuttered, and while many of those are now open, most are only operating at a limited guest capacity (Disneyland Paris is still closed).

Regardless of the reason, those closures and limitations are eating into already-crimped earnings.

Take all of the numbers with a grain of salt; they're certainly not a reason to shed the stock if you currently own it. These are unusual but temporary circumstances, and consumer-facing companies like Disney are constantly adapting to the ever-changing demands of the coronavirus contagion.

The company maintains it will be serving between 230 million and 260 million Disney+ subscribers by the end of 2024, but last quarter's net additions of less than 9 million customers suggest the remaining 150 million or so who are needed to reach that target might not be easy to bring into the fold. At the same time, Walt Disney desperately needs the restrictions on full park operations to be lifted much sooner than later. Its cable television business can't carry the entire company's weight indefinitely.