Please ensure Javascript is enabled for purposes of website accessibility
Log In Help Join The Motley Fool
Free Article Join Over 1 Million Premium Members And Get More In-Depth Stock Guidance and Research
By Manali Bhade - May 17, 2021 at 11:01AM

Long-term investors stand to benefit significantly from these three stocks in a reopening economy.

The U.S. equity market has been choppy in the first half of May 2021. After reaching a record high on May 7, the S&P 500 has taken a hit on fears related to increasing inflation and tightening monetary policy.

However, this emotion-driven pullback offers the perfect entry point for retail investors to swoop in on some fundamentally strong stocks, such as Microsoft (MSFT 1.70%), Amazon (AMZN 2.07%), and Bristol Myers Squibb (BMY 1.49%), which stand to benefit significantly from structural tailwinds in the reopening economy. All three companies have excellent cash flows, which makes these stocks quite resilient in any market environment. 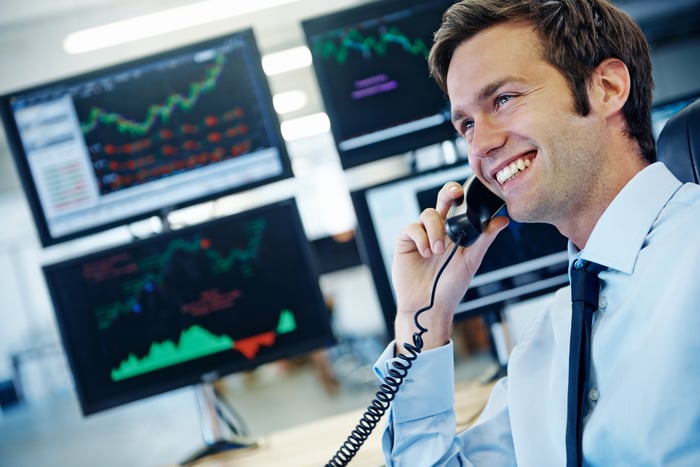 Microsoft has made itself almost irreplaceable in today's world. In its third quarter (ended March 31), the company surpassed top- and bottom-line consensus estimates due to the continued strength of its cloud computing business, Microsoft Azure; its subscription-based office productivity software, Microsoft 365; and its digital gaming business.

While Microsoft Azure's 19% global cloud services market share trails Amazon Web Services' share of 32%, the former is growing revenue at a faster pace. In the recent quarter, AWS and Azure reported year-over-year revenue growth of 32% and 50%, respectively. The increasing adoption of enterprise cloud-based infrastructure and applications will continue to be a major tailwind for Azure in the coming months. Additionally, Microsoft 365, which is a suite of services including Office 365, Windows 10 Enterprise, and Teams, is also benefiting from the increased consumption of cloud-based solutions. Microsoft 365 accounts for a 47.5% share of the global office productivity software market.

The company's Windows operating system accounts for 75% share in the global desktop operating system market, meaning it garners significant licensing revenue from third-party PC manufacturers. Microsoft's revenue exposure to gaming (gaming hardware and subscription-based content services) has increased dramatically from 8% in fiscal 2020 (ending June 30, 2020) to over 15% in the first nine months of fiscal 2021, mainly due to huge demand for Xbox Series X and S and Game Pass subscription-based content.

Microsoft is currently trading at a rich forward price-to-earnings (P/E) multiple of 33.6. However, this company is a cash machine. Microsoft generated profits, cash flow from operations, and free cash flow of $15.5 billion, $22.2 billion, and $17.1 billion, respectively, in the third quarter. The company carries total cash worth $125.4 billion, which easily covers its long-term debt of $50 billion.

Considering its big market opportunities, diversified business model, sticky customer base, robust balance sheet, and strong cash flows, Microsoft can prove to be an attractive investment even at elevated levels.

For the past few years, Amazon has been growing both its top and bottom lines at a breakneck pace. In the first quarter (ended March 31), Amazon's revenue and net income soared year over year by 44% and 220%, respectively.

Amazon may account for almost half of the total U.S. retail e-commerce gross merchandise volume (GMV) in 2021. The company's strong fulfillment network enables it to compete effectively based on pricing and convenience. Unsurprisingly, the pandemic has proved to be a tailwinbd for the company. Not only did Amazon benefit from the huge spurt in e-commerce demand in the U.S., but the company also made inroads in demographics and geographies which were previously resistant to e-commerce, such as the older population in the U.S. and many underpenetrated international markets.

Once a cash-burning e-commerce business, Amazon has become a profitable venture mainly thanks to Prime membership fees. Amazon currently services more than 200 million Prime members globally. This loyal customer base has proven to be a source of recurring revenue at a minimal incremental cost.

Another real cash generator for Amazon has been its market-leading cloud infrastructure segment, Amazon Web Services (AWS). This business has raked in net sales worth $48.6 billion in the past 12 months. In the first quarter, AWS' operating margin was close to 30.8%, which is much higher than the 8.2% operating margin of the overall company.

Amazon is currently trading at a rich forward P/E multiple of close to 60. The valuation is justifiable, because both the e-commerce and AWS businesses stand to benefit from the ongoing digital transformation in the world. The company is also investing in an Amazon-controlled logistics and delivery network, a move expected to further improve its margins. Against this backdrop, now may be a good time to pick up a stake in this stock, especially since it has taken a hit in the investor rotation from technology to value stocks.

The legendary investor may be known for his exceptional value picks, but Bristol Myers Squibb's share price has not moved much in the past few months. Although the company reduced its long-term debt by $3.8 billion in the first quarter, investors remain concerned about its $47.3 billion total debt (much of it raised to fund acquisitions) . The debt does look high compared with the $13 billion in cash on its balance sheet.

However, much of these fears seem exaggerated considering that the company has generated cash flow from operations of close to $13.9 billion in the past 12 months, despite the many COVID-19 related headwinds. Management also increased the quarterly dividend by 8.9%, which has amounted to an annual dividend payout of $1.96 per share for fiscal 2021 and translates into a dividend yield of 3%. In January 2021, the company authorized $2 billion of share repurchases, which has resulted in total outstanding share repurchase authorizations worth $6.4 billion. Despite returning significant value to shareholders, the stock is trading at a forward P/E multiple of only 8.2.

Considering its solid product portfolio, robust cash flows, and ability to return shareholder value, Bristol Myers Squibb could prove to be a very promising pick for retail investors in 2021.