Please ensure Javascript is enabled for purposes of website accessibility
Log In Help Join The Motley Fool
Free Article Join Over 1 Million Premium Members And Get More In-Depth Stock Guidance and Research
By James Brumley - May 18, 2021 at 1:21PM

It's becoming increasingly clear that studios are able to cost-effectively deliver their product directly to consumers.

Are television production companies worried about cable TV's cord-cutting headwind? They may have been at one point in time. Not so much anymore though. Indeed, they may now even be embracing the paradigm shift, with the advent of streaming leaving them with much stronger hand than they've ever held in the past.

That's the takeaway from recent comments made by Discovery (DISCA) (DISCK) CEO David Zaslav, anyway, offered up just before AT&T (T 0.44%) announced it would be melding its WarnerMedia arm with Discovery. Simply put, Zaslav doesn't seem to mind letting cable companies like Comcast's (CMCSA 1.01%) Xfinity or Charter (CHTR 0.74%) know how well his company is doing without them. Perhaps he knew when he was speaking that the creation of the video entertainment titan was forthcoming, emboldening what could almost be considered a taunt.

Other television production studios like ViacomCBS' (PARA 4.34%) (PARA.A 3.75%) Paramount or Walt Disney (DIS 5.90%) haven't echoed Zaslav's taunt quite as boldly. They're likely thinking the same thing, though. That is, maybe they're also better off doubling down on their own direct-to-consumer initiatives than continuing to kowtow to the cable TV industry. 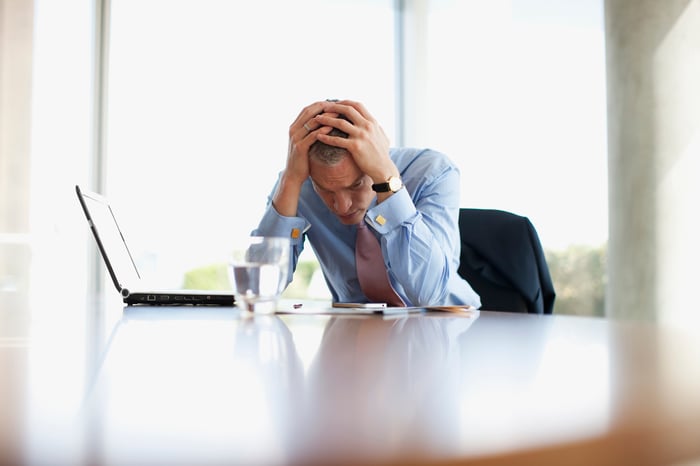 Several media mergers have been anticipated for some time now, but this wasn't one of them. That doesn't make the Discovery/Warner tie-up a bad one though -- quite the opposite actually. It's stunningly bold as well as big, uniting Warner Bros. film studios and the HBO brand with Discovery, which is also the name behind popular cable channels like HGTV, Animal Planet, Travel Channel, Food Network, and others. With a respectable presence in cable TV, streaming, and in the theatrical film business, what will be a Zaslav-led entity has several ways to leverage and cross-sell its products.

And as it stands now, Discovery's CEO seems to see little reason not to apply this leverage. While speaking last week at MoffettNathanson's media company conference -- on the topic of gaining streaming subscribers who are increasingly canceling their conventional cable service -- Zaslav bluntly explained, "If we lost a million [cable] subs, all we need to do is pick up 650,000 [streaming] subs in order to be making more money."

You're reading that right. Discovery's streaming customers are considerably more profitable than traditional cable customers are. The cable companies probably already knew it. But, the fact that Zaslav said it out loud speaks volumes.

And Discovery's chief is willing to get somewhat specific with the number, pointing out that the average per-subscriber monthly revenue of $7 for the ad-free version Discovery+ is on the order of twice the amount of per-subscriber revenue passed along to the studio by cable companies carrying its content. The CEO concedes Discovery's advertising revenue linked to its cable business effectively offsets this difference. Still, he went on to explain that "With our ad-light (ad-supported streaming) product, we're dramatically higher than that [$7] ... 30% to 40% higher."

Translation: Discovery's streaming products that are subsidized by advertising are not only cheaper for consumers at a price of around $5 per month, but are evolving into the superior profit engine. It's a dynamic that also bodes well for Warner's upcoming launch of an ad-subsidized version of HBO Max.

Not out of line

A 40% bump in per-user revenue simply by injecting the occasional ad into a video stream may seem outrageously high, but it actually isn't. We're seeing comparable metrics from similar platforms.

Take Disney's Hulu for instance. The ad-free version of Hulu costs an affordable $12 per month. CFO Christine McCarthy confirmed in February, however, that most subscribers opt for the cheaper ad-supported version at half that cost. Bundle discounts and revenue-sharing further lower Hulu's effective price. Yet, as of the end of March, Disney is still driving an average of $12 worth of monthly revenue per user from Hulu's subscribers. Roughly half of that figure isn't coming from subscription fees, but ads.

Granted, Hulu's per-user advertising numbers may well be the best in the business. They still point to the incredible scope of what's possible, though. That is, even if Discovery's only doing half as well as Disney on the advertising-supported streaming front, that's still around $3 per month per user, in line with Zaslav's suggestion that ad-supported revenue being driven by Discovery+ is "30% to 40% higher" than the monthly $7 per user Discovery currently generates via cable TV.

And curiously, a bunch of other ad-supported streaming services similar to Discovery+ are priced comparably.

Case(s) in point: Peacock, from Comcast. A limited version is offered for free, ultimately paid for by advertisers. A more robust, partially ad-supported tier costs $5 per month, and that same wider collection of content can be enjoyed ad-free at a price of $10 per month. While the company hasn't disclosed many fiscal details about the still-new service, Comcast executives did suggest before its launch that Peacock was expected to generate average monthly revenue per user of between $6 and $7. ViacomCBS's recently renamed Paramount+ is another similar, ad-free service at $10 per month, but that cost can be lowered to $6 per month for subscribers tolerant of the occasional television commercial. The ad-supported version of HBO Max will go for $10 per month.

These prices aren't simply pulled out of a hat. They're selected given what these companies know about the television business, what consumers are willing to pay, and what they know about their advertisers. Presumably, they'll all eventually sport similar per-user revenue, cost, and profit profiles if they don't already. Certainly, none of these media names are setting up streaming businesses with the intent of losing money on them ... even the ones cannibalizing their own cable businesses.

The ad-supported video model doesn't just work for Discovery. It's starting to work better for the company than the traditional cable model has up until this point -- Zaslav's been anything but shy about making that clear. The thing is, there's no reason to suspect others like Peacock, HBO Max, and even wider platforms like Tubi and ViacomCBS's Pluto won't find comparable success, further calling into question cable TV's actual value as an advertising and distribution medium.

It's just another thing for cable investors to worry about.