Please ensure Javascript is enabled for purposes of website accessibility
Log In Help Join The Motley Fool
Free Article Join Over 1 Million Premium Members And Get More In-Depth Stock Guidance and Research
By Jon Quast - May 19, 2021 at 11:25AM

All three did better during the quarter than analysts expected, but it still wasn't good enough.

When a private company chooses to go public, it often does so by selling shares in an initial public offering (IPO). According to the investor-information website Stock Analysis, there were 480 IPOs in 2020, more than in any of the previous 20 years. So far in 2021, there have already been 479.

All three of these companies reported results for the first quarter of 2021 on May 12. And in all three cases, the market wasn't impressed. 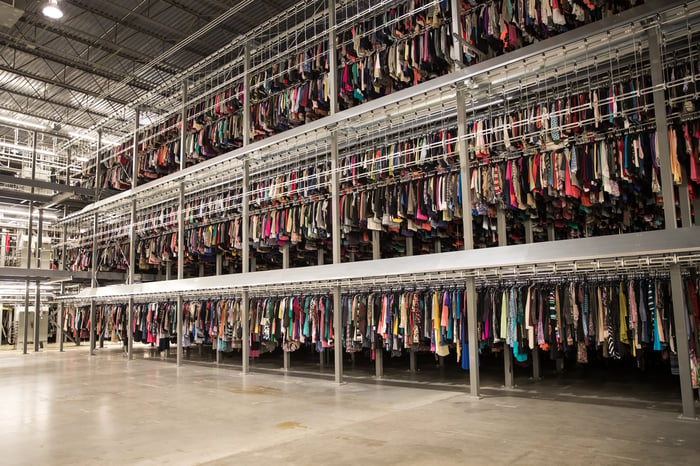 ThredUP's IPO priced at $14 per share in a $168 million deal. The stock started trading on March 26.

The company collects shipments of secondhand clothing at no cost to the user. It then stores this inventory in its distribution center, lists these items on its website, and gives their former owners either cash or credit toward future ThredUP purchases when their items sell. The company generates revenue by taking a cut from these consignment sales. In some cases, it outright purchases inventory from users and generates revenue directly from the sale.

ThredUP also partners with apparel companies to facilitate their used-clothing sales. It calls this part of the business Resale-as-a-Service (RaaS). It's still a small part of the top line, but the RaaS business nearly tripled its volume on a percentage basis in 2020.

In the first quarter, ThredUP generated record quarterly revenue of $55.7 million, which was up 15% year over year. This was ahead of some analysts' estimates and an acceleration from its 14% growth in 2020. Moreover, the company guided for full-year 2021 revenue of $223 million to $229 million, representing 20% to 23% top-line growth.

Therefore, ThredUP's growth is speeding up. Though promising, many fresh IPO stocks are trading down in recent months, and not even accelerated revenue growth is enough to satisfy this market. The stock fell following its first-quarter results and currently trades 38% below its all-time high as of this writing. 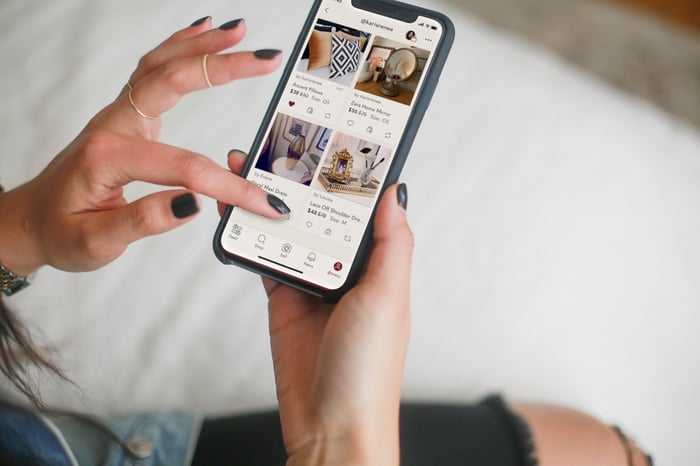 If ThredUP sounds like an interesting business, then you should also look at Poshmark. This IPO priced at $42 per share, grossing $277 million for the company. The stock started trading on Jan. 14.

Poshmark, like ThredUP, facilitates sales for used clothing. But unlike ThredUP, the company doesn't hold inventory. It simply provides the marketplace for buyers and sellers to connect. Poshmark encourages a social element in its marketplace: Users can follow one another and hold virtual parties. And the company provides shipping labels and boxes for sellers, all while charging a hefty 20% fee for transactions over $15 and a $2.95 fee for orders under $15.

The money Poshmark earns from transactions is known as its take rate, and it includes adjustments for things like cancellations, resulting in a take rate that is lower than the 20% fee it charges. In the first quarter, that number was 18.4%. But that's still quite high compared to other businesses that generate revenue this way. For perspective, Etsy has a take rate of 17.5%.

Poshmark can charge such high fees in part thanks to its relatively large user base -- if you're a seller, you're more willing to accept the high cost in exchange for the large pool of potential buyers. In the first quarter, the company reached 6.7 million active buyers, an increase of 18% year over year. ThredUP, on the other hand, only has 1.3 million active buyers. And thanks to increasing engagement from Poshmark's growing user base, it posted net revenue of $81 million, which was up 42% year over year and ahead of analysts' expectations.

Its stock still suffered after the first-quarter report. Management is guiding for second-quarter revenue to be up approximately 20% year over year, and its take rate slipped slightly in the first quarter from 18.5% the year before. But with these perceived weaknesses, it now trades a whopping 67% below previous highs and even below its IPO price, making now an opportune time to further assess its long-term prospects. 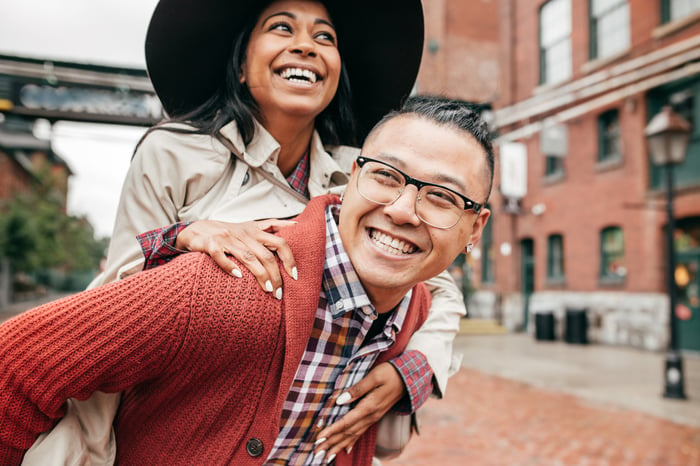 A new approach to human connection

Bumble's IPO priced at $43 per share in the biggest deal on this list, raising over $2.1 billion. The stock started trading on Feb. 11. Unfortunately, most of this money went toward organizational restructuring and paying down debt, leaving only $148 million for general purposes. But that's still quite a bit of cash to use for continued growth.

Indeed, Bumble is a company with strong growth. It operates two platforms -- Bumble and Badoo -- which in the first quarter had year-over-year paying-user growth of 44% and 19%, respectively. Not only is Bumble the faster growing of the two apps, but it also has better monetization at $27.75 average revenue per paying user (ARPPU) compared to ARPPU of $12.76 for Badoo.

Bumble is built for women. It's primarily used for dating purposes, but women can foster casual friendships and business relationships with other women as well. It's a freemium platform, meaning you can join for free, but some features cost money. For this reason, there are far more active users than paying users. While it didn't update shareholders in the first quarter, there were over 42 million active Bumble and Badoo users in Sept. 2020. This means that with only 2.8 million paying users (less than 10% of the total), the company has plenty of opportunity to expand its base of paying customers from just its existing users.

Bumble beat its first-quarter revenue guidance and raised its guidance for both the second quarter and full-year 2021. Nevertheless, the stock plummeted following the report and now trades 51% below its previous high. As my Motley Fool colleague Leo Sun points out, Bumble is growing its top line faster than competitor Match Group, and with this sharp sell-off, it now trades at the cheaper valuation of these two stocks. Therefore, like Poshmark, it's a good time to give Bumble stock a closer look.

It's not fair to judge ThredUP, Poshmark, or Bumble based solely on a single quarter of financial performance. That said, investors want to know whether they can trust these management teams. One way to build rapport is by meeting (or beating) financial guidance, which showcases management's ability to forecast its future business.

Of these three companies, Poshmark and Bumble had provided guidance going into the first quarter, and both exceeded it. Moreover, Bumble raised its full-year guidance as a result of strong first-quarter results. That's a great start for these two public companies.

For its part, ThredUP didn't offer first-quarter guidance. Therefore, shareholders should watch the company's progress and see how it does in the second quarter to better evaluate management's track record.