Please ensure Javascript is enabled for purposes of website accessibility
Log In Help Join The Motley Fool
Free Article Join Over 1 Million Premium Members And Get More In-Depth Stock Guidance and Research
By Jennifer Saibil - May 19, 2021 at 6:53AM

But will they do it again?

2020 was an amazing year for the broader market, and stocks reached new highs after bouncing back from the March crash. Fiverr International (FVRR 4.23%) and Roku (ROKU 3.92%) are two companies that would have doubled your money last year. They both represent an increasing move toward digital processes, and that means they both have the potential to double your money again.

Perhaps nothing was more indicative of real changes spurred by the pandemic than the shift to working from home. That's best seen in the skyrocketing success of Zoom Video Communications, which powered many an office meeting when people couldn't be in the office. However, in a growing market for freelance work, many a meeting came about because of Fiverr, a company that connects clients and freelancers. 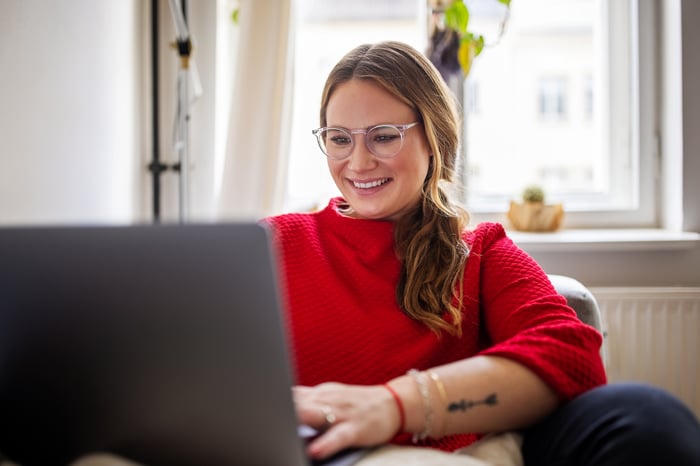 The gig economy has become more than media jargon, and Fiverr is well positioned to keep delivering strong results. Once again, Fiverr posted fantastic results in the 2021 first quarter, with year-over-year sales growth accelerating to 100%. Active buyers increased 56% to 3.8 million, and both take rate and spend per buyer rose as well.

The company also expanded in many areas in the first quarter. It launched categories in data-related fields and expanded subscriptions to 25 categories, more than tripling from the fourth quarter.

The next three quarters might be more challenging to show this kind of growth since they will be compared with the phenomenal pandemic growth. That's why the company is expecting 59% to 63% revenue growth, which was raised from 46% to 50% after the first-quarter report.

The growth opportunity for Fiverr is huge. It recently rollout out Fiverr Business, which targets larger operations, and that cohort spends three times the amount of the individual user. It's also expanding internationally and is now available in seven languages. It sees a total $115 billion addressable market, of which it has a tiny fraction -- $68 million in the first quarter.

Fiverr stock gained more than 700% in 2020, but its one-year gain is only 200%. That's probably part of the overall tech sector sell-off, and also likely because Fiverr is trading at a high valuation. Even at the new, lower price, shares trade at 25 times sales. But if you would have invested a year ago, you'd still be 200% richer, and Fiverr has enormous long-term opportunities.

Roku also just had another amazing quarter. The company makes streaming devices and streams its own Roku channel, which provides free, ad-supported content. 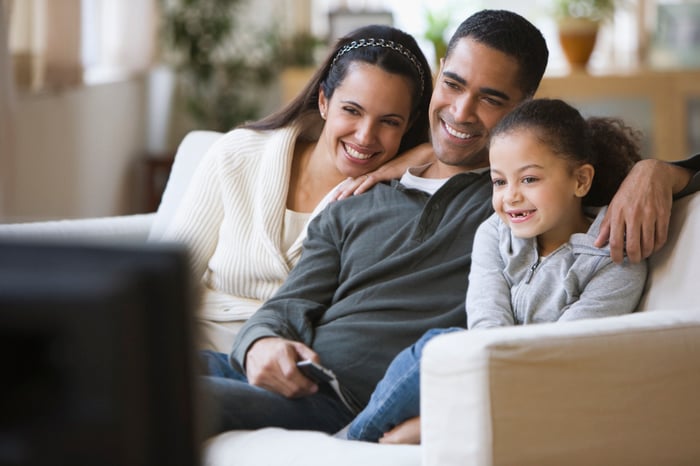 In the first quarter, revenue increased 79% to $574 million, and for the third straight quarter, Roku posted a profit, moving up to $73 million. Based on that superior performance, management decided to stop being so pessimistic; instead of projecting a loss, it's projecting $10 million to $20 million in second-quarter net income. It's also projecting a 70% to 74% sales increase.

As usual, platform was the bigger story in the first quarter, growing 101% and accounting for 81% of sales. Platform revenue is the ad sales the company gets through its free channel, and as advertisers shift away from traditional television and toward streaming channels, Roku keeps winning.

The company made a much-anticipated announcement in April that it will start streaming original content under the brand Roku Originals. It acquired content from failed streaming start-up Quibi in January as its first foray into its own content, and management said that it would release more than 75 films in 2021 under the brand. That already puts it in the same league as Netflix and Disney -- each of which said it would release 100 pieces of content this year -- and gives advertisers even more of a reason to move their money over to Roku's platform.

Roku stock has gained 142% over the past year, but it's also trading at a high 20 times sales. Does that mean it's due for a correction? Maybe, but the company is in high-growth mode and that means it's not too late to buy in and see the gains.