Please ensure Javascript is enabled for purposes of website accessibility
Log In Help Join The Motley Fool
Free Article Join Over 1 Million Premium Members And Get More In-Depth Stock Guidance and Research
By Rich Duprey - May 20, 2021 at 8:13AM

A solid reputation could give this rival a leg up with consumers.

Wall Street remains bullish on cooler maker Yeti (YETI -7.13%), with a raft of analysts recently raising their price targets on the stock, implying as much as 30% upside inherent in its shares. The durability and quality of their construction has made Yeti coolers synonymous with outdoor adventure, a not inconsequential association at a time when interest in outdoor recreation is still running high.

While Yeti already has a number of rivals, there's a new one arriving soon. While not likely to unseat Yeti's dominance, it could pose a headache for the cooler maker. 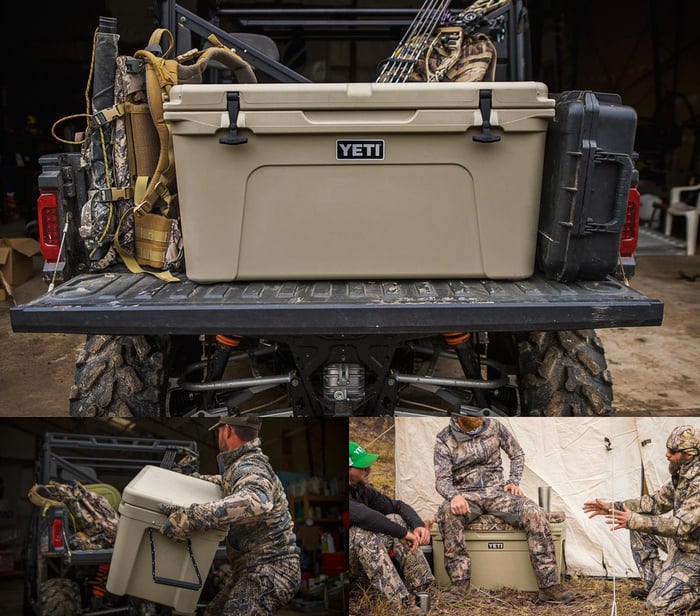 Remington Ammunition has announced it has entered into a licensing deal with Blackbird Products Group, the parent of Mammoth Coolers -- a brand that has a reputation, if not the marketing muscle, equal to Yeti.

At first glance it seems an odd divergence from the ammo maker's circle of competence, but this isn't Remington's first foray into the cooler market. It was acquired last year by Vista Outdoor (VSTO -1.84%), an outdoor gear manufacturer and the maker of the market-leading Federal Premium brand of ammunition.

Vista paid $81.4 million last year to acquire Remington's Arkansas manufacturing facility, its intellectual property, and its accessories business, with an eye toward expanding into verticals that support the shooting sports.

Among those accessories was an existing cooler line developed in partnership with Grizzly, a similarly situated manufacturer to Mammoth and Yeti. Now it appears Remington is licensing its brand to Blackbird and intends to roll out a full line of coolers, drinkware, and accessories that "deliver high-quality products to hunters and shooters focusing on the iconic Remington brand's commitment to the outdoor lifestyle."

With Remington's business primarily ammunition, and a big ammo shortage occupying management's attention, a new brand deal from a potential rival probably won't be given much thought. But a Remington lineup of outdoor products could catch on with sportsmen.

Not only is Remington ammo held in high regard, but its former parent's demise never sat well with gun owners, so there is a certain affinity for the brand that remains. Also, Yeti never fully returned to the good graces of some gun owners after its dustup with the National Rifle Association in 2018 following the Parkland school shootings.

Yeti ended a discount program it had offered to NRA members in the wake of the shootings, and while it contends the brouhaha was a misunderstanding -- it was still offering discounts, but only the sort it gave to other organizations -- the NRA said Yeti would not honor a previously placed order because of the tragedy and immediately ended a long-standing agreement between the two. The blowback was immediate.

NRA members who owned Yeti coolers began blowing them up, shooting them up, and otherwise finding creative ways to disassociate themselves from the cooler maker. Although the NRA eventually called for a cease fire, ill feelings toward Yeti still run strong among gun owners.

Although Yeti's years of growth since indicate consumers did not pay much mind to the boycott, a well-marketed Remington-branded cooler could eat into sales that would otherwise have gone to Yeti.

Value is the key

Considering Remington already has a branded cooler on the market, I wouldn't go dumping my Yeti stock over this new partnership with Mammoth Cooler's parent. After all, a sharp spike in Remington coolers would also represent a potential loss of sales for Mammoth, something that's hard to imagine Blackbird would allow.

But I would continue to watch Vista Outdoor. The outdoor gear and accessories maker had a banner year itself, reporting record results with the shooting sports segment leading to higher revenue and profits for the company. It forecasts sales will continue their meteoric rise for the fiscal first quarter and is expecting profits to surge 67% for the period.

Over the past year Vista's stock is up more than 400% in value versus a 40% gain in the S&P 500. Remington coolers might not cause that trajectory to rise any more steeply than it would when they're launched later this year, but they also won't impede the outdoor gear company's advance either.

Vista Outdoor trades at just nine times earnings, a fraction of its projected earnings growth, and at a bargain basement eight times the free cash flow it produces -- all at significant discounts to Yeti's valuation. This outdoor gear and ammo maker may just be the better stock to buy.