Please ensure Javascript is enabled for purposes of website accessibility
Log In Help Join The Motley Fool
Free Article Join Over 1 Million Premium Members And Get More In-Depth Stock Guidance and Research
By Danny Vena - May 21, 2021 at 1:56PM

This isn't first time the company has divvied up its shares.

NVIDIA's (NVDA 2.68%) common shares are about to get a whole lot cheaper, and not because the stock is in trouble. The chipmaker announced in a press release Friday that it would initiate a four-for-one stock split. The company's board of directors has already approved the move, which NVIDIA says will make its shares "more accessible to investors and employees."

The split will come in the form of a stock dividend, distributing three additional shares of common stock for every share investors own as of close of business on June 21. The new shares will be disseminated after the market close on July 19 and will begin trading on a split-adjusted basis on July 20. The move will require shareholder approval at the company meeting next month. 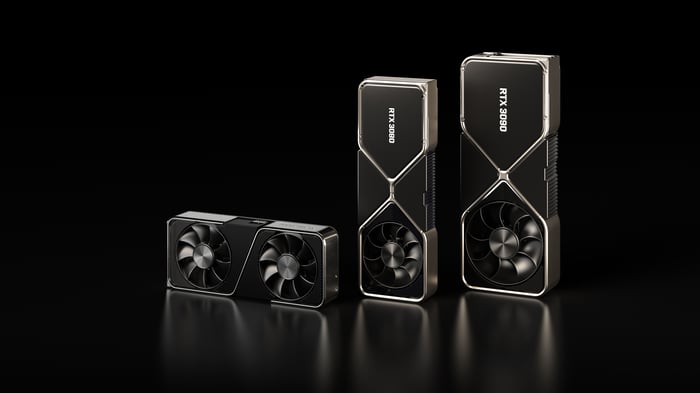 NVIDIA, which makes graphics processing units that render lifelike images in video games, has been a standout performer in recent years. The stock more than doubled last year, and shares have surged a staggering 1,250% over the past five years.

These splits have rapidly increased the number of shares owned by investors. After the upcoming split, NVIDIA shareholders who have owned the stock since early 2000 will soon own 48 shares for every original share.

It's important to note that a stock split doesn't change the fundamental value of the underlying business. Stock splits merely divide up the company into more ownership segments. In the case of NVIDIA, instead of owning one share worth $600, shareholders will have 4 shares worth $150 each.