Please ensure Javascript is enabled for purposes of website accessibility
Log In Help Join The Motley Fool
Free Article Join Over 1 Million Premium Members And Get More In-Depth Stock Guidance and Research
By Rich Smith - May 23, 2021 at 8:53AM

The smallsat manufacturer sees "a ton of demand" coming online.

2020, and early 2021, delivered a lot of excitement to space investors. After decades of keeping us waiting, privately held space companies such as Rocket Lab, Momentus, and Astra (but not SpaceX, unfortunately) are following in Virgin Galactic Holdings' (SPCE -1.30%) footsteps and announcing plans go public via a special purpose acquisition company (SPAC).

And now investors may be able to look forward to one more IPO. 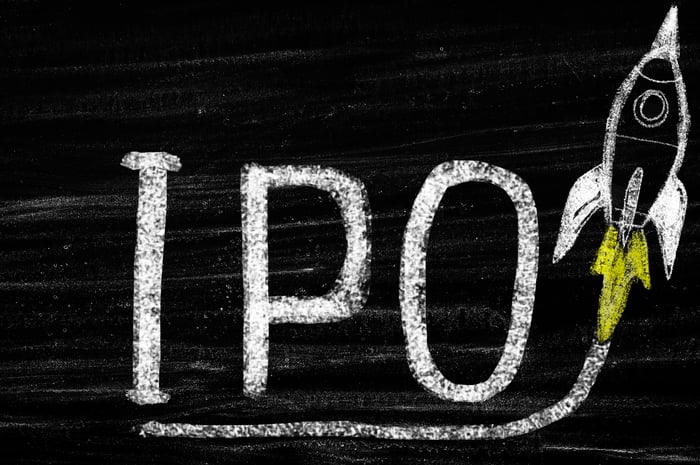 Established in 2012, privately held York Space Systems is a manufacturer of small satellite buses -- satellite chassis that can be tailored to suit various space missions a customer might want it to perform. It launched its first satellite on a Rocket Lab Electron rocket in 2019 -- a U.S. Army "Harbinger" satellite based on York's S-Class design.

The S-Class is York's primary product, a 24-inch by 24-inch by 38-inch "3-axis stabilized spacecraft designed for mass manufacture and intended for constellations" of satellites. Utilizing the S-Class, a customer can skip the cost of developing a satellite on its own, and instead buy a set of York Space sats and assemble them into a constellation to do things like monitor weather on Earth, take photos from orbit, or set up a satellite communications network.

In August 2020, the U.S. Space Development Agency (soon to be absorbed into the Space Force) contracted York to build 10 communications satellites for Transport Layer Tranche 0 of its new missile defense system, for $94 million. SpaceX, L3Harris, and Lockheed Martin are also building elements of this constellation -- but York appears to have a cost advantage. As SpaceNews pointed out last year, York is building its satellites for the Pentagon for about half the cost Lockheed is charging.

And in April, York announced it will begin building a newer, more robust satellite bus in 2022 -- the LX-Class, twice as big as the S-Class, with triple the power generation and four times the battery capacity.

A gigafactory for space satellites

As more and more space companies get into the business of launching small satellites, York Space is scaling up its own business to give them something to launch. To support production of the new LX-Class, and expand production of the S-Class, York announced that it will add a 100,000-square-foot "mega-center" facility to its Denver, Colorado, headquarters.

York says it needs the expanded facility to achieve the "high-rate production" needed to meet "the demand that we're seeing in both the commercial and government markets now." (According to the company, about 65% of its orders come from government customers, and 35% from private industry.)

From a 1,000-satellites-a-year production capacity today, York Space CEO Dirk Wallinger told CNBC, the new satellite gigafactory will both increase production volume and accelerate the time needed to build each individual satellite from three months down to just 30 days. York can even help its customers identify the right rocketship, and the right rocket launcher, to help "ideas ... go from paper to orbit ... within months."

Is an IPO coming?

With York launching new products and gearing up to massively expand production, two questions naturally suggest themselves. First, why all the expansion? The answer: Wallinger replies that he's seeing "a ton of demand."

And the second question, from investors: When will York go public?

To this, Wallinger responds that the company is "not quite" ready to go public just yet, but an IPO is "a possibility" in the future. Given the implosion in SPAC-sponsored IPOs we've seen over the last few months, such reticence is understandable -- York's partner Rocket Lab has seen its pre-IPO stock, (Vector Acquisition (VACQ), decline 28% since the beginning of March, after all. Momentus' SPAC, Stable Road Acquisition (SRAC), is off 38%.

Given the cold shoulder that investors have turned to SPACs of late, it's possible York might choose to take a more traditional route to IPO. Whichever way it ultimately arrives at the decision to go public, though, you can be sure we'll be watching -- and let you know how the financials look just as soon as we find out.