Please ensure Javascript is enabled for purposes of website accessibility
Log In Help Join The Motley Fool
Free Article Join Over 1 Million Premium Members And Get More In-Depth Stock Guidance and Research
By Anders Bylund - May 26, 2021 at 10:56AM

The e-commerce titan is adding thousands of movies and TV shows to its content library.

The rumors over the last couple of weeks turned out to be on target: E-commerce giant Amazon (AMZN -0.99%) announced today that it is buying movie studio MGM, in a deal worth $8.45 billion. The similarly named hospitality and entertainment company MGM Resorts International plays no part in this deal. MGM spun off the movie studio as an entirely separate company many years ago. Amazon and MGM have not provided a firm closing date, and the agreement is subject to the usual gauntlet of regulatory approvals.

The buyout gives Amazon access to MGM's film catalog of more than 4,000 titles. Its movie franchises include the James Bond and Rocky films. The studio also comes with 17,000 TV shows such as Hulu's The Handmaid's Tale and the FX hit Fargo. Amazon Prime already hosts the historical fantasy show Vikings, also produced by MGM. 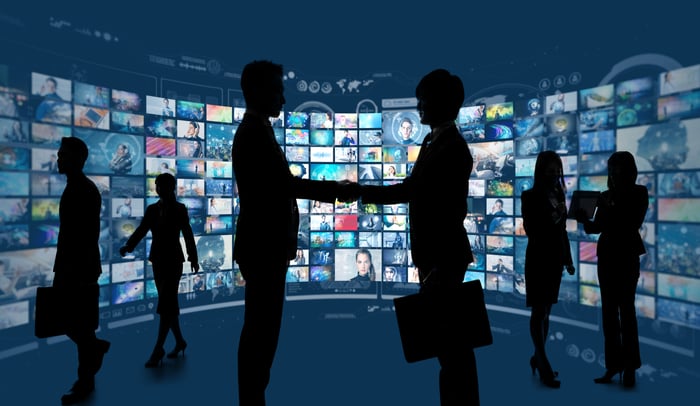 Amazon says it plans to "reimagine and develop" new content based on MGM's collection of characters, story worlds, and other intellectual property. The privately held studio sees the Amazon connection as an opportunity to continue telling stories backed by the parent company's rock-solid financial assets.

Some of MGM's most popular productions are currently running on streaming services in direct competition with Amazon Prime Video. Walt Disney (DIS 2.33%) owns both Hulu and FX, for example. MGM is also developing a Vikings sequel for Netflix (NFLX 2.96%). Competing studios have a long history of cross-publishing their work on rival TV networks, but rival streaming services have shown a tendency to cancel their cross-platform deals relatively quickly. It remains to be seen how Amazon will handle MGM's existing development agreements.