Please ensure Javascript is enabled for purposes of website accessibility
Log In Help Join The Motley Fool
Free Article Join Over 1 Million Premium Members And Get More In-Depth Stock Guidance and Research
By Beth McKenna - May 29, 2021 at 1:00PM

The videoconferencing specialist has zoomed by Wall Street's earnings estimates in every quarter since its initial public offering in 2019.

Zoom Video Communications (ZM 1.33%) is slated to report its results for its fiscal first-quarter 2022 (which is for the period ended on April 30) after the market closes on Tuesday, June 1.

Investors will probably be approaching the videoconferencing specialist's report with cautious optimism. On one hand, last quarter, the company crushed the Wall Street consensus estimates for both revenue and earnings, which it has been regularly doing since even before the COVID-19 pandemic began.

On the other hand, many investors are naturally concerned about Zoom's ability to keep churning out strong growth in an environment where the pandemic is waning in the United States and some other countries, thanks to successful vaccine programs.

Like many so-called "coronavirus stocks," Zoom stock has declined since peaking in the fall, which is when much good news came out on the vaccine front. Despite the significant pullback, the stock remains a big winner over the one-year period through May 28: It's up about 103%, compared with the S&P 500's 41% return. (A stock chart follows below.) 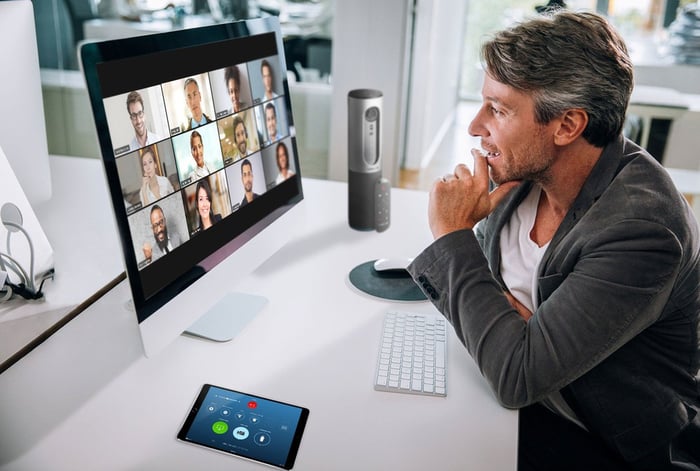 Here are Zoom's results for the year-ago period and Wall Street's estimates to use as benchmarks.

The upcoming report marks Zoom's last relatively easy year-over-year comparable. It covers the period from February through April, so the year-ago period includes only about one and a half months that got a boost from the pandemic, which shut down many workplaces, schools, and recreational and entertainment venues across the U.S. and world in mid-March 2020.

For context, last quarter, Zoom's revenue soared 369% year over year to $882.5 million, speeding by the $811.8 million Wall Street had expected. EPS based on generally accepted accounting principles (GAAP) surged from $0.05 to $0.87, while adjusted EPS skyrocketed 713% to $1.22. That result zoomed by the $0.79 analyst consensus estimate.

Zoom has easily beaten the Street's earnings expectations in each of the eight quarters it's reported since its initial public offering (IPO) in April 2019. It seems more likely than not that its upcoming report will keep its consecutive beat streak alive. 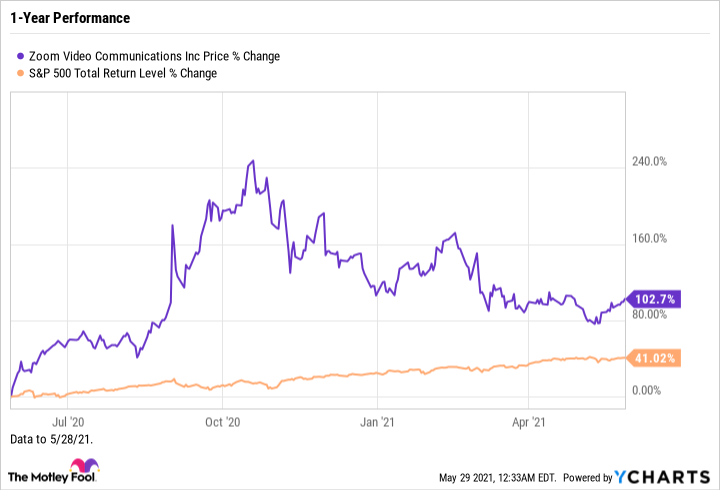 Zoom in on guidance

The stock market looks ahead, so Zoom's guidance for its fiscal second quarter will be very important. Indeed, any movement in the stock after earnings are released will likely hinge more on the company's Q2 guidance than its Q1 results, relative to Wall Street's estimates.

For fiscal Q2, analysts are modeling for the company to post adjusted EPS of $0.94 on revenue of $931.6 million, representing year-over-year growth of 2% and 40%, respectively.