Please ensure Javascript is enabled for purposes of website accessibility
Log In Help Join The Motley Fool
Free Article Join Over 1 Million Premium Members And Get More In-Depth Stock Guidance and Research
By Rachel Warren - Jun 2, 2021 at 6:17AM

It's time to jump on these top stocks before they explode.

As a long-term investor, it's natural to be on the lookout for stock opportunities that can lend wealth-building catalysts to your portfolio. Few individuals will get rich overnight from buying stocks, but years-long investments in quality companies that consistently deliver both share and balance sheet growth can certainly help you build and sustain wealth.

To that end, we're going to look at two unstoppable stocks that have not only continued to beat the odds throughout the market events of the last year, but can also help you build a rock-star portfolio that stands the test of time. 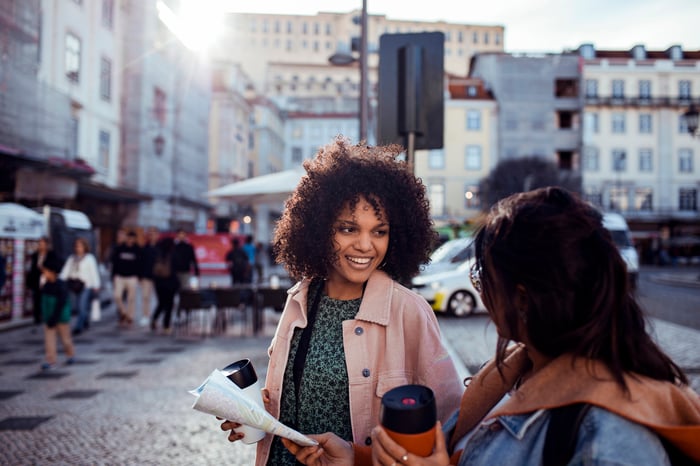 The cannabis market is known for being a somewhat speculative sphere to invest in, but a number of pot companies are proving this assumption wrong. Jushi Holdings (JUSHF -3.91%) is undoubtedly one of them.

Jushi Holdings makes its revenue from a few different sources. The company owns a nice selection of cannabis brands that sell products geared toward both recreational and medicinal use. These include The Bank, which sells everything from packaged cannabis flowers to tobacco-free blunts; Tasteology, a line of cannabis-infused gummies, tarts, and mints; and Nira, a line of CBD products.

Most of Jushi Holdings' products are sold at the chain of dispensaries it owns across the U.S., while some are also available for online purchase. The company currently has 12 retail locations in Pennsylvania, four in Illinois, two in California, and one in Virginia. Jushi Holdings is expanding its retail presence, as well as its manufacturing and distribution operations, at a lightning-fast pace. Over the past couple of months, Jushi has closed deals in Nevada, California, and Virginia, and also announced new purchases of retail and production facility space in Massachusetts and a licensed cultivator in Ohio.

Jushi Holdings had a strong history of balance sheet growth under its belt before the pandemic, and the events of 2020 didn't change this pattern. Last year, the company's total revenues jumped annually by an incredible 690%. And the company is already off to a roaring start in 2021. Its first-quarter performance included 29% year-over-year revenue growth and a 14% hike to its gross profits. Jushi also reported adjusted EBITDA (earnings before interest, taxation, depreciation, and amortization) to the tune of $3 million in the first quarter, a robust $1 million jump from the previous quarter.

The company is also in excellent shape in terms of its cash-to-debt situation. Jushi Holdings has roughly $168 million in cash and short-term investments on its balance sheet, compared to about $49 million in current liabilities.

Jushi Holdings is just getting off the ground in terms of its future prospects for business expansion. As medical and recreational marijuana legalization spreads across the U.S., the company has untold opportunity left to build upon its existing retail presence and manufacturing operations. It's still not too late to be considered an early investor in this unstoppable pot stock and benefit from its long-term growth trajectory.

The travel industry was hit with tremendous headwinds in 2020 as the world came to a grinding halt at the height of the coronavirus pandemic. Even though the pandemic isn't over yet, the situation is slowly but surely improving as more and more of the world population gets vaccinated and international and state borders reopen. As the world slowly ekes to a new normal, Airbnb (ABNB -1.86%) stands to benefit from the present and future state of the travel industry.

Despite the black hole that the travel industry tumbled down in 2020, Airbnb managed to stem the tide remarkably well. Its revenues for the full-year 2020 declined by 30%, which was actually encouraging when you consider that management originally forecast a potential drop of more than 50% from its 2019 revenues. And in the fourth quarter of 2020 -- its first quarter as a publicly traded company -- Airbnb's revenue dropped just 22% year over year.

The slow but steady recovery of the global travel industry was apparent in Airbnb's financial report for the first quarter of 2021. During the three-month period, Airbnb actually grew its revenue by a healthy 5% year over year. Even though Airbnb's adjusted EBITDA is still in negative territory, this metric improved substantially in the first quarter to a $59 million loss versus a $334 million loss in the year-ago quarter.

Management also said the following in the first-quarter report:

These encouraging metrics are right in line with the broader headway the travel industry is currently making. According to April data from the U.S. Travel Association, travel-related spending that month was just 24% less than what was recorded in April 2019. The report also noted that "nearly nine in 10 American travelers have plans to travel in the next six months -- a new pandemic high."

Airbnb caters to every type of traveler, which is part of what makes its business model so appealing from an investment perspective. From full-service apartments in the world's biggest cities to one-of-a-kind stays in the most remote corners of the earth, everyone from business travelers to leisure travelers to solo adventurers can find the accommodation that works for their needs and schedule. Airbnb's competitive advantage makes it a uniquely compelling buy for forward-thinking investors, both amid the global travel industry's recovery and over the long haul.