Please ensure Javascript is enabled for purposes of website accessibility
Log In Help Join The Motley Fool
Free Article Join Over 1 Million Premium Members And Get More In-Depth Stock Guidance and Research
By Rich Smith - Jun 2, 2021 at 11:26AM

Electrifying school buses is good for the environment and good for growth.

If you've ever ridden a school bus in America, the chances are good that it was built by Blue Bird (BLBD 2.48%), which is one of the biggest bus manufacturers in the U.S. and the world. In the future, the chances that your kids will ride an electric Blue Bird bus are only going to increase.

This morning, Blue Bird announced that it has just received its 500th order for an electric-powered school bus. What's more, Blue Bird sees the market for electric school buses growing, to the extent that it plans to increase its manufacturing of electric buses sixfold in one year. 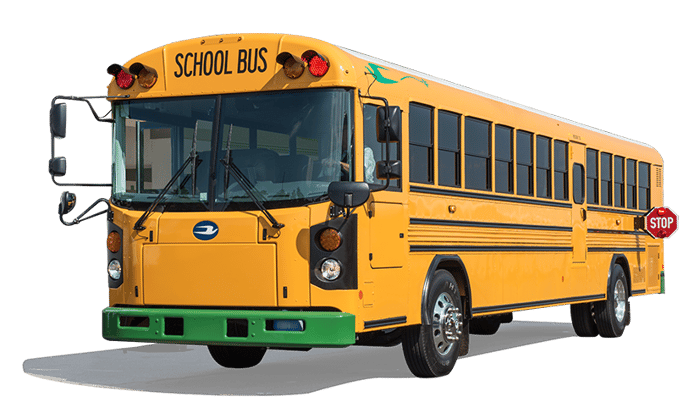 "Customer interest and excitement in owning a Blue Bird electric-powered school bus is increasing every day," CEO Phil Horlock said. Not only are electric buses easier to maintain, they also don't spew diesel fumes while idling in front of a school building, loading or unloading schoolchildren, protecting students against the risk of asthma and lung disease.

As the only U.S. manufacturer of electric school buses offered in all three configurations used by U.S. schools, Blue Bird says it is "committed to providing school bus fleets with safe, clean-power transportation, and with electric-powered buses."

To that end, the company anticipates increasing its production of electric school buses to 3,000 units in 2022, then continuing to ramp up EV production until 100% of sales come from electric school buses by 2030. With a total addressable market of about 600,000 school buses currently in use around the country, this looks like a growth opportunity for Blue Bird as school systems roll over and electrify their school bus fleets.

Blue Bird Caps 2019 With Momentum in Its Newest Product Category