Please ensure Javascript is enabled for purposes of website accessibility
Log In Help Join The Motley Fool
Free Article Join Over 1 Million Premium Members And Get More In-Depth Stock Guidance and Research
By Eric Volkman - Jun 4, 2021 at 7:04AM

The low-priced premium offering is being rolled out initially in Australia and Canada.

For the second time in a matter of days, Twitter (TWTR -0.30%) has unveiled an initiative aimed at boosting its revenue. In an official company blog post published on Thursday, it said that it has launched a new paid service, Twitter Blue, that is initially available in Australia and Canada.

Twitter Blue costs 4.49 Australian dollars ($3.46) or 3.49 Canadian dollars ($2.89) per month. For their money, users get a set of features unavailable to people opting for Twitter's free standard service. One is bookmark folders, in which saved tweets can be organized into distinct virtual libraries. 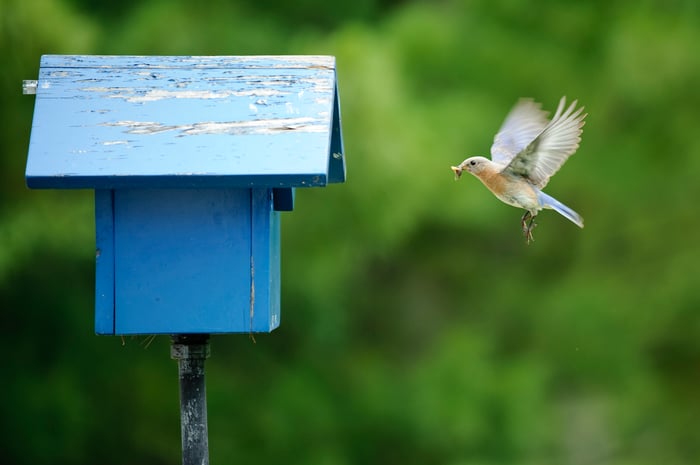 Twitter Blue also features an undo button, which can be set to be triggered up to 30 seconds after a tweet is sent to a user's timeline for publication. And there is a reader mode that assembles long threads into what the company promises to be one easy-to-read chunk of text.

Other goodies available to Twitter Blue subscribers are customizable app icons and themes. The company is also including access to customer support devoted entirely to the service's users.

Twitter stressed in a blog post that the standard free service will remain, and never be withdrawn.

With Twitter Blue, the company wrote, it is "developing and iterating upon a solution that will give the people who use Twitter the most what they are looking for: access to exclusive features and perks that will take their experience on Twitter to the next level."

Beset by relatively sluggish growth and only sporadic profitability, Twitter is making a push to draw more revenue from various aspects of its business. Earlier in the week, the company announced it has begun a pilot program that places paid ads on its Fleets service.