Here are the stocks our experts are keeping their eye on as we head into the summer.

The vaccine rollout in the United States continues, and life appears to be getting back to normal across the country. We asked five of our top contributors what stocks they were watching as we head toward the start of summer. Here's why they have Tencent Holdings (TCEHY -1.79%), Gores Holdings VI (GHVI), Green Brick Partners (GRBK 1.42%), Semler Scientific (SMLR -2.72%), and Ryman Hospitality Properties (RHP 1.26%) at the top of their watch lists.

A giant company with lots of growth left

In its business services segment, it's investing in headcount and infrastructure to help expand its value-added enterprise solutions in the healthcare, retail, education, and transportation verticals. With the rapid growth in cloud computing and Tencent's business services segment in general, it should be able to quickly grow into the investment. What's more, focusing on more value-added services and upselling should lead to better profit margin in the segment as it grows. 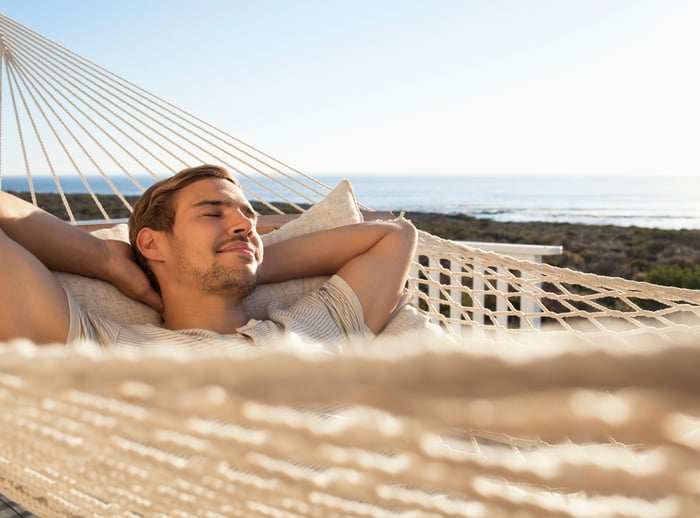 Tencent's also investing in big-budget games designed for global audiences. The company's built some of the most popular games on mobile and PC over the last decade, and it has a ton of intellectual property and user data to support continued growth of its largest segment.

ByteDance's Douyin -- the Chinese version of TikTok -- remains a threat to Tencent's own video platforms, so it's stepping up investments there as well. The company plans to leverage its popular long-form video app to support its short-form video efforts, as well as building on its popular intellectual property content library.

Management also decided to start a social responsibility fund, which may help its brand in the eyes of consumers and the business in the eyes of regulators. All told, the investments will have a negative impact on profitability in the short run -- which sent shares tumbling after the news -- but they should make Tencent more profitable over the next five years, making now a great opportunity to buy shares.

A different kind of space stock

I know, SPACs are about as popular right now as pet rocks. However, Gores Holdings VI expects to close on its merger with Matterport early in the third quarter of this year. Believe me, you'll want to at least have Matterport on your radar.

The company ranks as the leader in spatial data. Matterport's technology allows individuals to create 3D digital twins of any physical space and access them on Matterport's software-as-a-service platform. These digital twins are used in building planning, construction, and operations. Insurers use them for appraisals. Real estate agencies use them for marketing apartments and homes.

Matterport's revenue in Q1 more than doubled year over year. Its subscribers increased over 530% to 331,000 and include 13% of the Fortune 1000. The company now has more than 100 times more spaces under management than the rest of the market.

That's just the tip of the iceberg. Matterport estimates its total addressable market at $240 billion. There aren't many stocks that I think have great prospects of doubling or more within the next five years, but Gores Holdings VI/Matterport is one of them.

A Homebuilder? With lumber prices soaring? Are you crazy?!

Tyler Crowe (Green Brick Partners): You know you're in a weird world when people are making memes about lumber prices. So the idea of buying a homebuilder when the price for construction materials is soaring might sound unconventional.

But hear me out.

Despite the fact that commodity prices are rising and supplies of key construction materials are tight, the housing market is even tighter and Green Brick Partners' target markets are some of the fastest-growing markets out there. Despite the surge in material costs, Green Brick's gross profit margin on homes in the most recent quarter actually increased to 25.4%, one of the best gross margins in the homebuilding business.

Green Brick's portfolio of land and homes under construction are highly concentrated in two markets: Dallas-Forth Worth and Atlanta. Over the past year, these two markets have seen the greatest decline in active listings of homes for sale and some of the lowest declines in the active labor force of the U.S. major metro areas. So there is ample room to keep growing its business. At the end of its most recent quarter, its backlog of homes on order was up 133% from the prior year.

If Green Brick's growth isn't enticing enough -- net income is up 63% from the prior year -- then its valuation might help. Its stock currently trades at 9.5 times earnings. There aren't a lot of places on Wall Street to find that kind of growth at a dirt cheap valuation. If Green Brick isn't on your radar yet, it should be.

Growth and value in one

Brian Feroldi (Semler Scientific): The odds are good that you know someone with peripheral artery disease (PAD). This medical condition occurs when fatty plaque progressively builds up in arteries, which slowly restricts blood flow. That's a big problem because patients with PAD have a much greater risk of having a cardiovascular issue (heart attack, stroke) or being hospitalized.

The good news is that PAD is treatable. The bad news is that most people who had PAD don't even know it. That's mostly due to the fact that patients with PAD don't have any symptoms and diagnosing it is a pain.

Semler Scientific is here to help. The company offers a fast, easy, and accurate PAD test called QuantaFlo. QuantaFlo is a little clip that is attached to a patient's toes and fingers for a few minutes. QuantaFlo detects how blood is flowing to each of the extremities and produces a detailed report that healthcare providers can use to diagnose PAD.

What's wonderful about Semler is the way it is commercializing QuantaFlo. Semler sells access to the reports, not just the hardware. This gives Semler high-margin, recurring revenue that continuously grows as it adds new healthcare professionals.

And grow it has! Last quarter Semler's top line grew 40%. Better yet, its earnings per share (yes, this company is already profitable) grew 81%. With plenty of room left for expansion, I think these numbers will stay in the double-digit range for a long time.

Best of all, investors don't have to pay through the nose to buy Semler. Shares are trading around 35 times next year's earnings estimates. I think that's a bargain price for a high-quality growth business.

The reopening trade isn't done yet

Matt Frankel, CFP (Ryman Hospitality Properties): At the start of the COVID-19 pandemic, most hotel real estate investment trusts (REITs) plunged to a fraction of their pre-pandemic value, and it's easy to understand why. We had no idea how bad the outbreak would get or whether a safe and effective vaccine would be developed at all. For the first few months, there was real concern that travel as we knew it was coming to an end, permanently.

Fortunately, we avoided a worst-case scenario and although the pandemic isn't over yet, the U.S. economy is rapidly reopening and life is becoming much more normal. However, there's one type of travel that has not yet begun to normalize: group events, such as conferences and conventions. And that's why I have Ryman Hospitality Properties at the top of my watch list as we head into June.

Ryman owns five massive hotel properties operating under the Gaylord brand name, including the four largest hotels by group meeting space outside of the casino industry. And the pent-up demand is certainly there. By the end of the first quarter, Ryman had successfully rebooked 1.6 million canceled room nights, and strong occupancy is expected in the second half of 2021. With the stock still 12% lower than where it was trading at the start of 2020, Ryman could end up being one of the biggest winners of the return of large gatherings.