Please ensure Javascript is enabled for purposes of website accessibility
Log In Help Join The Motley Fool
Free Article Join Over 1 Million Premium Members And Get More In-Depth Stock Guidance and Research
By Anthony Di Pizio - Jun 5, 2021 at 9:22AM

The largest auto lender in America just got a big vote of confidence from another investment bank.

Buying a car right now can be a really difficult experience. While the COVID-19 pandemic is subsiding in the U.S., the pandemic's effects are still woven through global supply chains. One of the results is an unprecedented shortage of new cars, triggering record high prices and a frenzy in the used car market, as buyers opt to settle rather than wait.

Ally Financial (ALLY 0.34%) holds the biggest auto loan book in the U.S., and it has been a huge beneficiary of the current shortage, with a roughly 55% gain in share price this year at Friday's prices. On May 27, Deutsche Bank analyst Meng Jiao initiated coverage on the stock, with a $65 price target -- the highest on the street, and roughly 18% higher than current prices.

Deutsche Bank isn't the only one calling for Ally to go higher. In fact, according to Nasdaq data, over 96% of the company's shares are held by institutional investors -- they have over 355.9 million of the 371 million total shares! Institutional ownership is a common theme among the regional banks, with other recent highflyers like Western Alliance Bancorporation  and First Republic Bank  at 89% and 96%, respectively. Banks are typically considered ''safe'' investments, and institutions are often perceived as the smart money. So, when institutional ownership is really high, it could be a sign that the stock is an attractive investment. 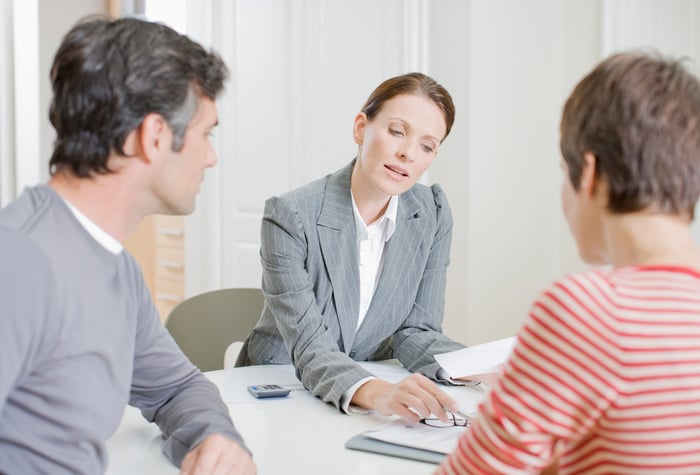 The supply of new cars is at a record low. According to the head of North America at Toyota, that company has just a nine-day supply. In real terms, that means once a car rolls off the assembly line, it's in the actual showroom for less than a day before it's out the door! Toyota had 115,000 cars in stock in May, but sold over 240,000.

The shortage is industrywide. In the U.S., some car dealerships have reported that their inventories are down 80% -- giving consumers very little choice when they walk in to buy a new car. It has also pushed prices to record highs, with Edmunds reporting that the average price for a new car is now almost $40,000, and $23,000 for a used car.

The shortage is driven by semiconductor supply constraints, as chipmakers are backlogged after shutting down during the pandemic -- and demand for them is booming as cars are getting smarter and using more powerful chips than ever before.

For Ally Financial, higher car prices means consumers will need to borrow more to purchase them, so the company's loan book should be bolstered for quite some time going forward.

When you picture a 370% rally, usually the first thing that comes to mind is the technology sector -- or maybe a stock the Reddit army got a hold of. But that's not the case here, Ally has rallied that much since its pandemic low point set in March 2020 -- just over a year ago. It's not alone, as the regional banking sector is performing extremely well collectively over the same period. Interest rates are low, and with huge amounts of stimulus flowing through the economy, consumers have an appetite to spend -- and in many cases, borrow.

Many of these banks -- Ally included -- are trading at their highest valuations of the last few years. Ally currently trades at 9.5 times trailing 12-month earnings, after trading at 8.6 times earnings in 2019 and 7.8 times in 2018. However, Ally is also earning more (per share) than ever before, and growing faster, so the increased valuation might be a reward for strong operating performance.

Ally is an advertising partner of The Ascent, a Motley Fool company. Anthony Di Pizio has the following options: long September 2021 $55 calls on Ally Financial. The Motley Fool recommends Nasdaq and Western Alliance Bancorp. The Motley Fool has a disclosure policy.