The cannabis company reported some positive news, but investors should still be cautious.

May was a busy month for Canadian cannabis company Sundial Growers (SNDL 0.85%). It included quarterly results, an acquisition, and more meme stock mania. For investors watching the stock itself, the month seemed like a rollercoaster. Overall for the month of May, Sundial shares rose 12.3%, according to data provided by S&P Global Market Intelligence. But there were some extreme moves in both directions on the way to that outcome.

Over the first three weeks of the month, Sundial shares lost about 17%, extending a downtrend that had been underway as the stock retreated from a spike induced by retail traders banding together to drive up shares of several so-called meme stocks, including Sundial. The company also reported mixed first quarter 2021 financial results and announced a new acquisition. 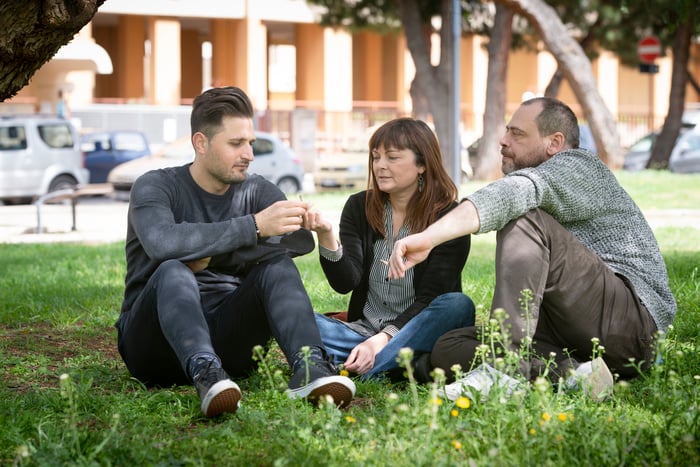 But the final week of May saw a reversal in momentum. Shares jumped 35% in a week as the 30-day average daily trading volume jumped by 17%. That additional interest came from a resurgence in the meme stock frenzy that also moved names like AMC Entertainment (AMC 5.70%) and GameStop (GME 0.40%).

On May 5, the company announced it plans to acquire Inner Spirit Holdings and its Spiritleaf retail cannabis network for about $131 million. The company has been raising capital to add flexibility for such acquisitions. Zach George, CEO of Sundial, said in a statement that the company will be able to leverage its cash to continue to expand the retail network. He stated, "Sundial's capital base will enable us to support continued expansion and deepen the capabilities of the Spiritleaf retail brand."

When the company reported its first quarter results a week later, it said it had almost $1 billion of unrestricted cash, marketable securities, and long-term investments, with no outstanding debt. Sundial also reported adjusted earnings before interest, taxes, depreciation, and amortization (EBITDA) were the equivalent of approximately $2.7 million, the first positive quarter for that metric it has ever had.

But much of the gains came from its investments, not the underlying business. Sundial said gross revenue dropped 30% sequentially compared to the fourth quarter of 2020, and a similar amount versus the year-ago first quarter. One of the main headwinds for the company is a lower product selling price. In its earnings conference call, Sundial CFO Jim Keough detailed that the average gross selling price of branded products was $3.15 per gram compared to $4.14 per gram in the previous quarter, "reflecting the industry price compression and a consumer shift to value products."

Those details don't seem to matter to traders betting on meme stocks, though. That's really what drove shares up in the final days of May. Investors looking to bet on the growing cannabis sector should monitor the business fundamentals including pricing pressure from competitors, and how Sundial's acquisition strategy pans out.