Please ensure Javascript is enabled for purposes of website accessibility
Log In Help Join The Motley Fool
Free Article Join Over 1 Million Premium Members And Get More In-Depth Stock Guidance and Research
By Rich Smith - Jun 5, 2021 at 6:07AM

Sales declines plagued Tesla in a May report -- and it might be happening again in June.

Shares of Tesla (TSLA -0.37%) stock shed 11.9% of their value in the month of May. As you can see from the below chart, the declines began early -- but things got really serious in the month's second week. 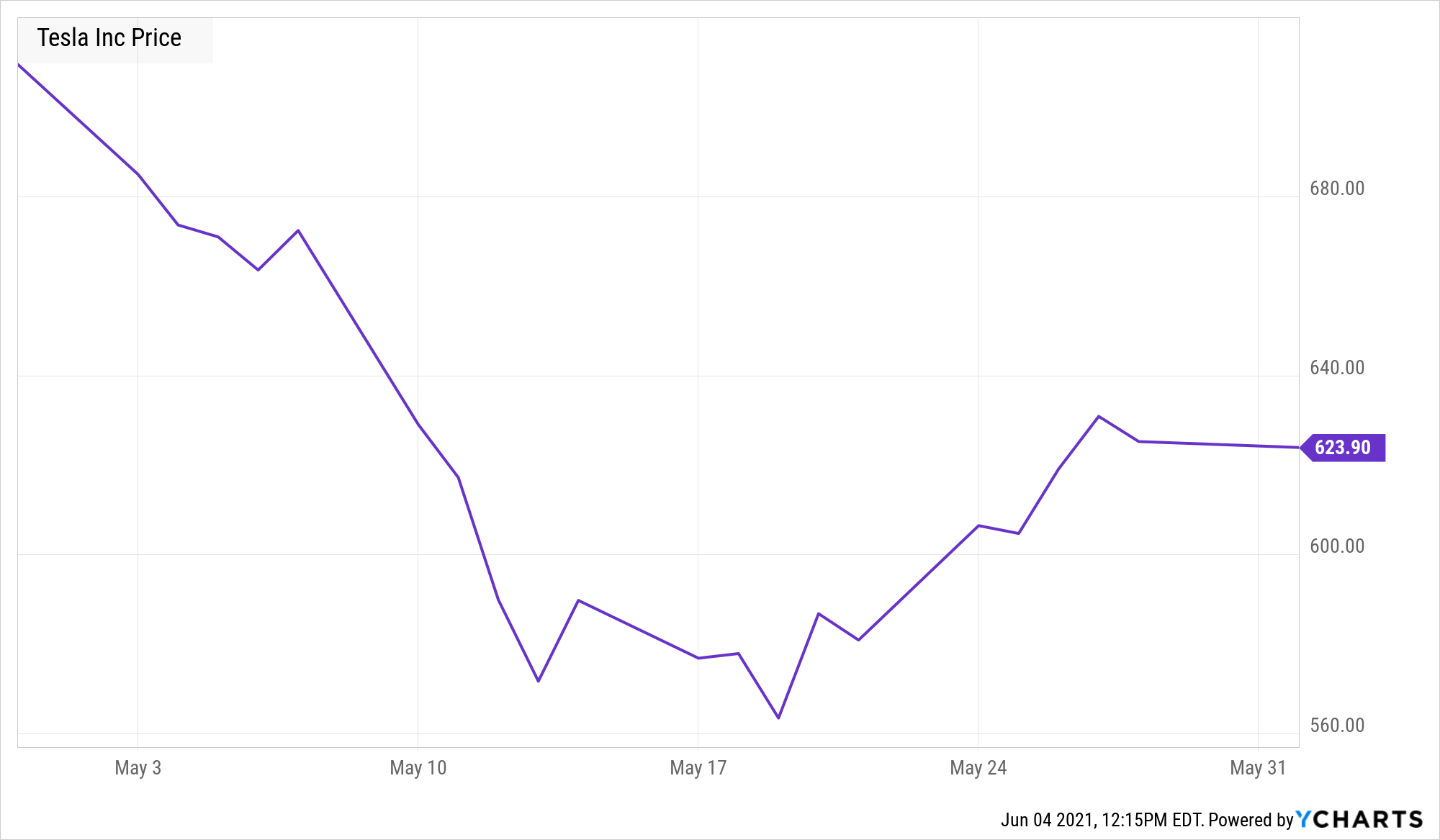 So what happened to spark those declines?

In a word: China.

That really big drop in Tesla's share price that you see happening early last month coincided with a report that April sales of locally made Teslas in China crashed 27% from March levels. The declines came on the heels of increasing criticism of Tesla's manufacturing quality from Chinese state-run media and allegations from the Chinese military that Tesla vehicles might be gathering sensitive data and sending it back to the United States -- spying, in other words.

Whatever the specific reason for the decline in sales, it appeared serious enough to cause Tesla to rethink its plans for expanding production in Shanghai, where the acquisition of new land to grow production was abruptly put on hold.

And now, as May turns into June, things could be getting even worse for Tesla. Just this week, Reuters reported continued significant declines in Tesla's net orders in China. From 21,000 in March to 18,000 in April to just 9,800 net orders in May, it seems Tesla is continuing to lose momentum in the Middle Kingdom.

Granted, Tesla itself hasn't yet confirmed the figures reported by Reuters, but if they're correct -- and if the sales of competing EVs manufactured by local electric car manufacturers such as NIO (NIO -0.85%), XPeng (XPEV -1.39%), and Li Auto (LI -0.23%) are still growing even as Tesla's keep falling -- this could indicate that Tesla is losing market share in the country that it once hoped would become its most important market.

In short, it looks like big trouble in big China for Tesla.