Please ensure Javascript is enabled for purposes of website accessibility
Log In Help Join The Motley Fool
Free Article Join Over 1 Million Premium Members And Get More In-Depth Stock Guidance and Research
By Neha Chamaria - Jun 6, 2021 at 8:15AM

These manufacturing stocks are bracing for impact from the global semiconductor chip shortage.

The chip shortage that intensified last year didn't just spill over to 2021 but is getting worse. Apple (AAPL -1.51%), which was seemingly holding out against the shortage until now, expects supply constraints to hit its third-quarter revenue by $3 billion to $4 billion. Unprecedented demand for semiconductors has even caught leading manufacturer Intel (INTC -2.27%) off guard, with the company recently warning on at least two instances that it could take years to address the global chip shortage.

The thing is, tech stocks aren't the only ones feeling the pinch as the shortage has started to affect nearly every aspect of manufacturing. Here are four non-tech stocks getting hit by the chip shortage.

No chips hitting the brakes on trucking growth

U.S. retail sales for heavy-duty Class 8 trucks shot up 52.8% in April, reflecting strong recovery in truck markets. Problem is, demand is aplenty but supply isn't. Class 8 truck production fell nearly 8% per day in April, according to research firm FTR. Aside from parts, a shortage in the supply of chips has added to truckers' woes.

"2021 market size will be tempered by the industrywide under supply of semiconductors," said PACCAR's (PCAR -1.26%) CEO, Preston Freight, during the company's Q1 earnings conference call. The owner of Kenworth, Peterbilt, and DAF brands delivered 3,000 fewer units in Q1, and expects the trend to continue into the second quarter. PACCAR will boost truck production as the year progresses only if chip supply eases. 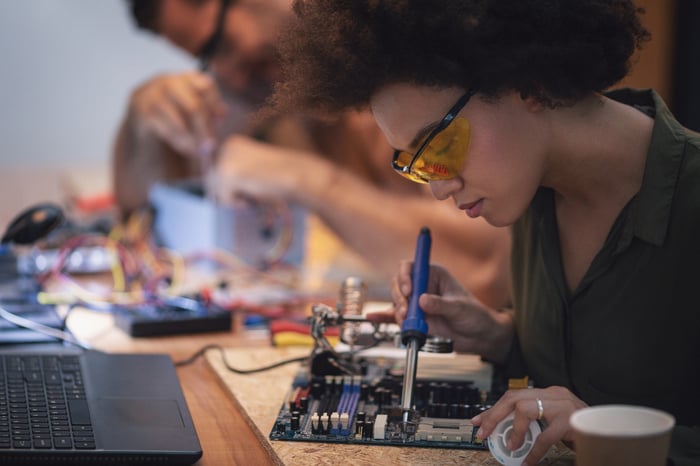 Worse yet, shortage of raw materials typically hits aftermarkets first as distributors prioritize supply to truck manufacturing. The chip shortage, therefore, could deal a double blow to PACCAR if things don't improve soon as the company derived 21% of its total revenue from parts segment last year. PACCAR last projected 15% to 18% growth in parts sales this year, but it remains to be seen whether it can meet its target.

Automakers are losing a lot of money

The automotive industry has been the hardest hit, and it's not surprising to see why. Semiconductors were already widely used in all cars for navigation, safety, and infotainment systems among others, but demand shot up alongside electric and autonomous cars. That explains why shares of electric-vehicle manufacturer NIO (NIO -4.32%) has dropped by double digits in recent months. NIO halted production temporarily in March, reported a 5.5% sequential drop in May deliveries, and expects chip shortage to hurt deliveries in Q2.

Closer to home, Ford (F -1.67%) alone expects a 50% drop in Q2 production and a loss of 1.1 million vehicles in 2021, which could cost it nearly $2.5 billion in adjusted earnings before interest and taxes (EBIT). Ford has shut down several plants, including some that build the Ranger and F-150 pickups. Although management projects chip constraints to bottom out in the second quarter, it expects the shortage to continue well into 2022.

Ford's sales, otherwise, have recovered sharply with the economy's reopening -- its April sales from the U.S. jumped 65% year over year. Ford's Q1 net income of $3.3 billion was, in fact, its best-ever first quarterly profit since 2011. The chip shortage, however, is a potential chink in its armor, and Ford's production cut could prove expensive this year.

No chip, no cars, fewer rentals

Avis Budget Group (CAR -5.84%) reported 12% growth in revenue per day from Americas in its first quarter. However, its total revenue dropped 22% year over year and net loss widened by 8% in Q1. More importantly, management didn't provide full-year guidance as chip shortage added to the lingering uncertainty around the pandemic. "The global semiconductor shortage is causing uncertainty in fleet supply and resulting in tighter fleets throughout the industry," management said during the Q1 earnings release. 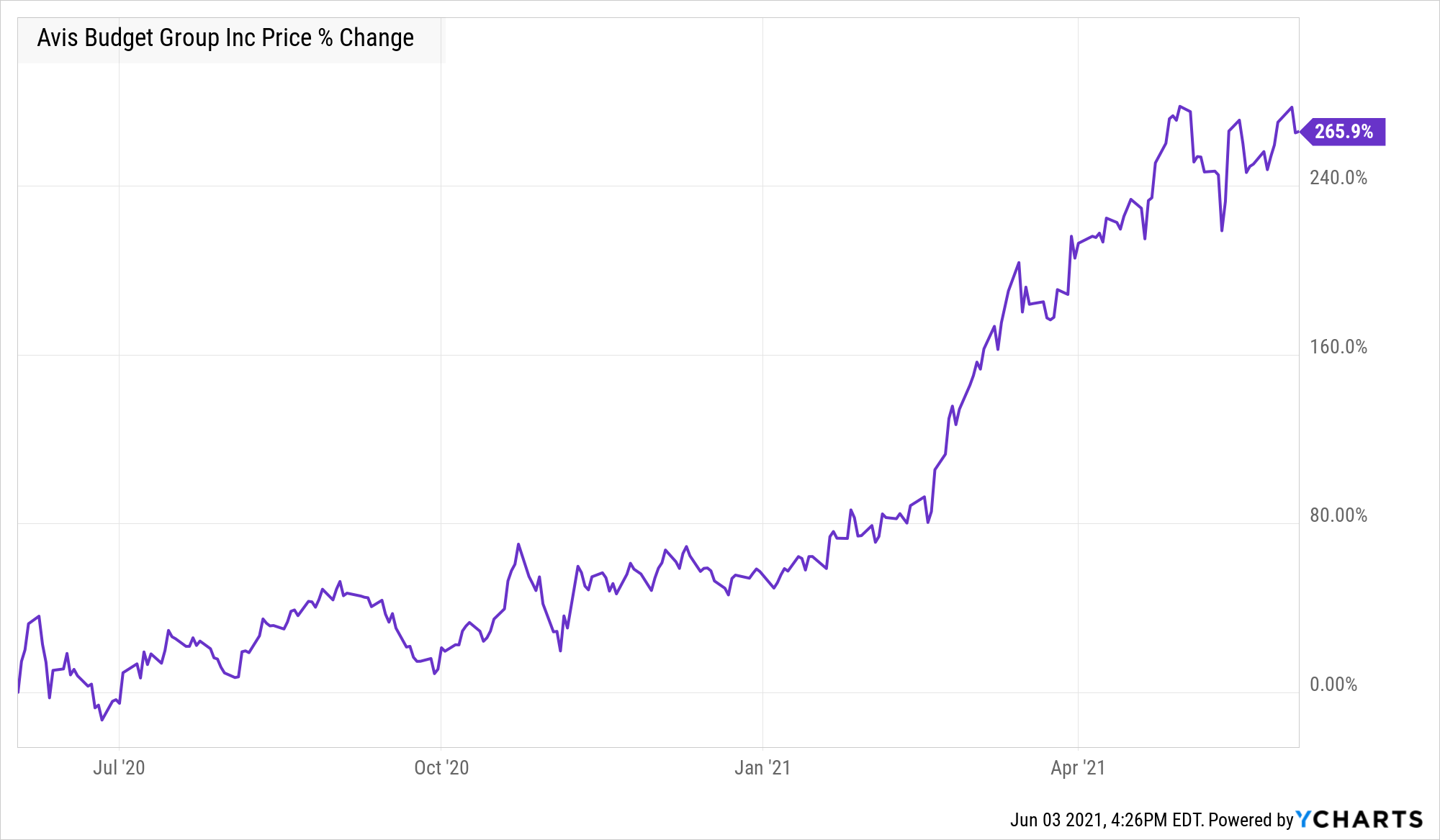 Moreover, the shortage of new cars has forced car rental companies to fall back on used cars, but prices of used cars have shot through the roof already and are sitting at record highs. That's another thing investors in car rental stocks may want to keep in mind, especially in a stock like Avis Budget that's been on a dizzying climb in recent months.

The global chip shortage has started to worry Caterpillar (CAT -0.89%). Semiconductor chips are widely used in construction equipment, mining trucks, oil and fuel pumps, and engine systems. Caterpillar also operates an autonomous mining fleet and is among the frontrunners in the industry to use Internet of Things technology for data mining and automation, all of which use chips.

In a recent interview with Reuters, Caterpillar CFO Andrew Bonfield warned the company may not be able to meet all end-user demand as shortage of chips could impact its production later this year. Supply constraints, including that of semiconductors, is in fact the key reason Caterpillar didn't provide any financial guidance for 2021 despite solid performance in Q1: Its worldwide machinery retail sales rose 13% in Q1, and its energy and transportation sales dipped only 5% compared with double-digit drops in each of the previous three quarters.

I expect easier comps for Caterpillar this year as 2020 was an exceptionally challenging year, but chip shortage could stymie growth for the world's largest construction and mining equipment manufacturer.

When will the chip shortage end?

Demand for chips continues to outstrip supply and adding production capacity can take months, which means expectations that supply constraints will bottom out anytime soon could still be optimistic. So although companies like Ford, NIO, Caterpillar, Avis Budget, and PACCAR are trying to navigate the crisis, the chip shortage will undeniably end up as a key growth hurdle for them in 2021, at least.