Despite a big pullback from the lifetime high it hit in February, the EV stock is still up roughly 20% year to date.

Shares of Niu Technologies (NIU 3.40%) dipped 10.8% in May, according to data from S&P Global Market Intelligence. Many small and mid-cap players in the electric vehicle (EV) space saw their valuations pull back last month, and the China-based electric scooter company participated in the sell-off. 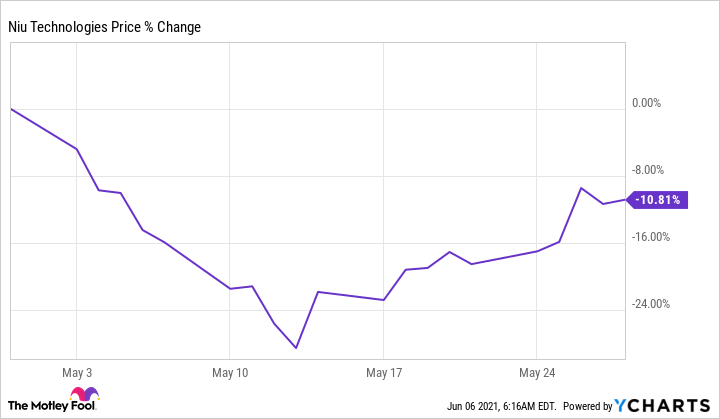 Despite closing out the month with its share price down double digits, the stock did get a boost after Niu released its first quarter results. The company published its first quarter earnings on May 17, and it delivered another period of impressive sales growth. 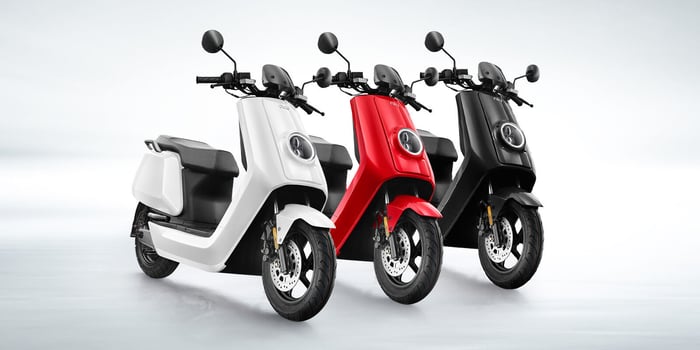 For now, the two-wheeled EV market looks less crowded compared to EV categories including sedans, trucks, and SUVs, but it could see a flood of new entrants. Niu is already facing some pricing pressure in the Chinese market, and it hasn't had much success in growing its sales in other regions.

Niu Technologies has inched higher early in June's trading. The company's share price is up roughly 1.3% in the month so far. 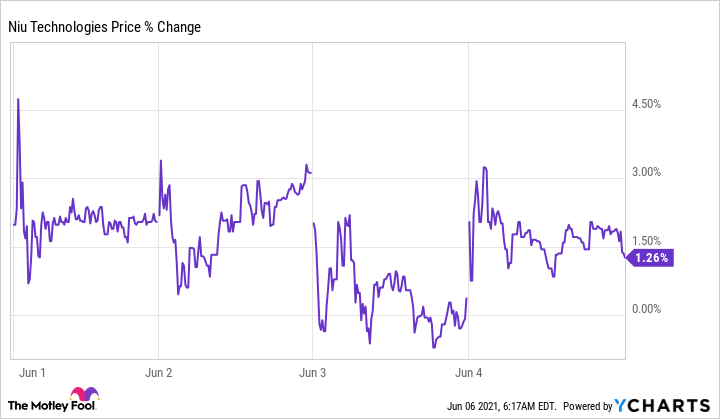 Niu expects to post year-over-year sales growth between 40% and 60% in the second quarter, so sales momentum still looks pretty strong in the near term, but charting performance further out could be tricky. Niu could post huge gains if the company continues to post strong sales in China and increases its market share in other territories, but investors should proceed with the understanding that the stock is still relatively high risk.

Why Shares of Niu Technologies Are Plummeting Today

Why Shares of Niu Technologies Are Crashing Today

Lucid Motors Just Hit an Important Milestone. But This Could Be a Better EV Investment

Why Shares of Niu Technologies Are Racing Higher on Monday