The biotech's controversial Alzheimer's disease drug got a green light from the FDA.

Biotech heavyweight Biogen (BIIB -1.04%) is poised for a sizable jump in its share price later today once the trading halt on its stock is lifted following the surprise Food and Drug Administration approval of its controversial Alzheimer's disease drug aducanumab. The biotech's partner on this project, Eisai (ESALY -3.63%), is enjoying a banner day in the market in the wake of this news, with the Japanese biopharma's shares rising by an astounding 45% as of 11:24 a.m. EDT Monday morning.

Aducanumab is the first drug ever approved to treat the underlying cause of this deadly mind-wasting disease, although the drug failed one of its two pivotal trials, leading to controversy surrounding the FDA's approval.

But with over 5.8 million American adults currently afflicted with this neurodegenerative disease, according to estimates from the Centers for Disease Control and Prevention, Wall Street expects the drug to generate over $5.7 billion in revenue by 2027. 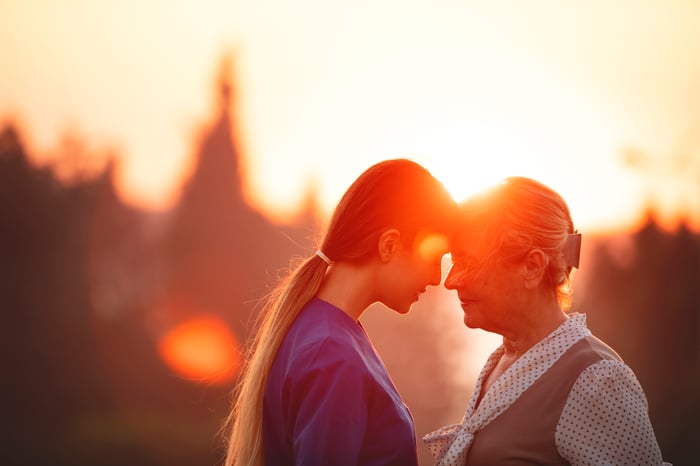 That's great news for Biogen and its shareholders. The biotech, after all, has been staring down significant competitive threats to both its multiple sclerosis and spinal muscular atrophy franchises over the last year.

Is Biogen's stock a screaming buy after this landmark regulatory approval? That's a strong yes. While there are several other experimental Alzheimer's drugs in the pipeline across the industry, Biogen should have the market to itself for the foreseeable future. What this means is that Wall Street's initial sales estimates, while stately in their own right, might be woefully low.

The fact is that Biogen might ultimately generate upward of $10 billion per year from aducanumab, making it one of the best-selling drugs of all time. With that kind of revenue stream, this titan of the biotech world should have little trouble rounding out its pipeline through various business development activities, as well as rewarding shareholders with share buybacks and perhaps even a dividend in the second half of the decade.