Investors were anything but charged up about this fuel cell specialist last month.

What zapped investors of their enthusiasm? Besides an uninspiring earnings report for the first quarter of 2021, Wall Street's wave of bearish takes on the stock propelled investors to sell shares. 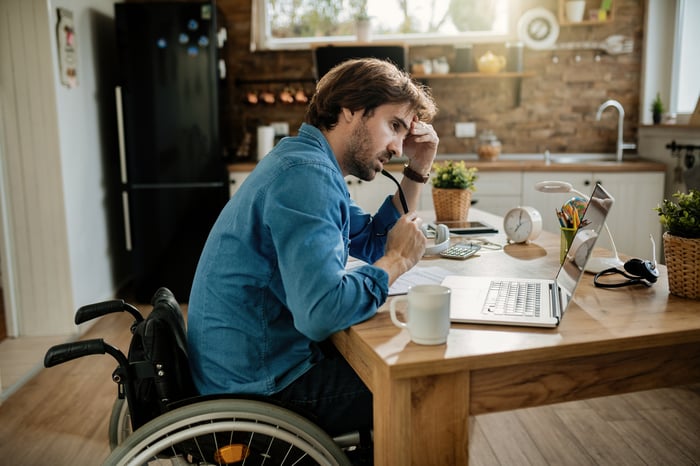 Beginning the month on an inauspicious note, Ballard reported Q1 2021 earnings after the market closed on May 3. Investors weren't pleased with the report; shares plunged 20% the following day. Reporting $17.6 million -- a 26% year-over-year decrease -- on the top line, Ballard failed to meet analysts' expectations of $25.7 million. Management, however, tried to spin the revenue miss on the conference call, contending that the sales figure "was actually consistent with our own internal expectations for our plan for 2021."

Ballard failed to deliver on the bottom line as well. Whereas analysts were expecting the company to report negative earnings per share of $0.04, Ballard reported a $0.06 loss per share. But it wasn't only the headline figures that disappointed investors. Ballard also reported a steeper operational cash outflow, $10.3 million, during the first quarter of 2021, representing a 46% decrease compared with the same period last year.

While the company's earnings report was the most significant factor leading to the sell-off last month, the onslaught of pessimism from the Street helped to exacerbate the stock's decline. Two days after Ballard released its report, Roth Capital downgraded the stock to neutral from buy and slashed the price target to $15 from $32, according to TheFly.com. Taking a less extreme view -- though still bearish -- Raymond James downgraded the stock to outperform from strong buy and lowered its price target to $25 from $40. B. Riley and BMO Capital also lowered their price targets, to $26 from $30, and $23 from $35, respectively.

Those interested in the fuel cell industry will surely find Ballard on their radars since there are so few publicly traded companies available to investors. And while global enthusiasm for hydrogen power solutions is ramping up, fuel cell companies -- like Ballard demonstrated in its recently completed quarter -- are still struggling to prove that their endeavors can be profitable. Investors committed to gaining fuel cell exposure, nonetheless, would be better served considering one of Ballard's competitors like Bloom Energy.