Please ensure Javascript is enabled for purposes of website accessibility
Log In Help Join The Motley Fool
Free Article Join Over 1 Million Premium Members And Get More In-Depth Stock Guidance and Research
By Neil Patel - Jun 8, 2021 at 7:15AM

And it's something most investors probably don't pay attention to.

Netflix (NFLX -1.85%) and Spotify Technology (SPOT -4.95%) are both leaders in their respective areas of the digital media world. The former pioneered streaming video and now has 208 million global subscribers, while the latter, with 158 million paying users, is the leader in streaming music and podcasts.

But The New York Times (NYT -1.36%), now a $7.1 billion digital news business, is carving out its own niche in online media. And it has one very important advantage over the two giants already mentioned.

If you're an investor in this part of the stock market, you'll want to continue reading. 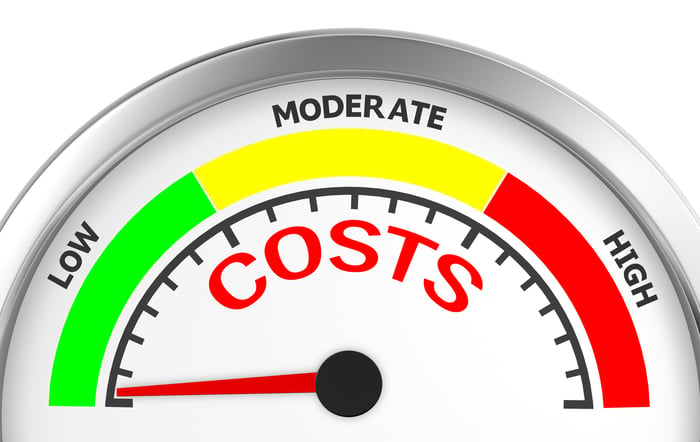 Creating and distributing news is cheaper

In the first quarter, Netflix spent 54% of its $7.2 billion in revenue on acquiring, licensing, and producing content. Creating hit shows and movies is very expensive, and the arrival of newer streaming rivals will only make that more obvious. Keep in mind, however, that this number was actually depressed due to production delays that resulted in a light content slate during the first three months of 2021. In 2018, 2019, and 2020, it was greater than 60% of sales.

Spotify's situation is even more noteworthy. The Stockholm-based company has to pay royalties every time a user streams a song. In the most recent quarter, the business laid out a whopping 74% of sales to pay various record labels and music publishers.

And during its first-quarter 2021, just 53% of The New York Times' revenue went toward content creation and distribution. To further cement the newspaper company's cost advantage, printing and shipping physical newspapers is still a small part of the business, which only inflates the cost-of-revenue metric. So, as the company keeps growing and generates more of its sales via digital subscriptions, expect the gross margin to expand.

A similar dynamic played out in 2020, even with the backdrop of a busy news year that included the pandemic, social and racial justice issues, and a contentious presidential election. And it will likely be the case going forward.

No need for big stars

Online news, which is a fairly commoditized product for the most part, doesn't rely on big-name journalists to garner attention and subscriptions. But the other two companies do. Netflix paid comedian Dave Chappelle $60 million in 2016 to produce five stand-up specials. Furthermore, Spotify's partnership with Joe Rogan, announced last year, will cost the business more than $100 million.

With the streaming wars heating up, the competition for top writers, producers, and directors will only intensify. And with the burgeoning podcast industry, in which Apple is Spotify's biggest rival, the need for popular and widely followed hosts to drive subscribers will only grow.

The New York Times doesn't have to worry about bidding wars for top talent. It already pays its newsroom employees more than double (on average) the pay of the average reporter.

Over the last three years, The New York Times' stock has significantly outperformed Netflix and Spotify, rising 83% since June 2018. And while Netflix and Spotify get most of the attention, this under-the-radar news business benefits from a superior cost structure. This detail goes unnoticed by most investors, but it is vital to the success of each company and their future prospects.

Investors should take notice. The New York Times is staking its claim in the digital media landscape.