Please ensure Javascript is enabled for purposes of website accessibility
Log In Help Join The Motley Fool
Free Article Join Over 1 Million Premium Members And Get More In-Depth Stock Guidance and Research
By Rich Smith - Jun 8, 2021 at 11:40AM

Jeff Bezos is going into space -- but Sir Richard Branson might beat him there.

The reason: While Bezos clearly intends to become the first space company CEO to fly on his own rocket, he could end up only in second place. 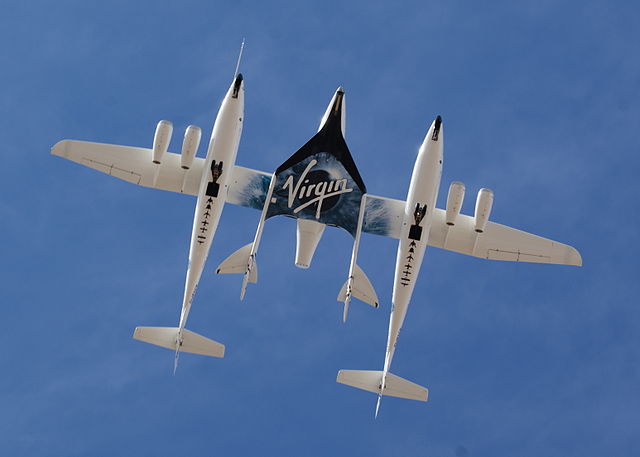 Today's news comes from ParabolicArc.com, which broke the news that over the July 4 weekend, Virgin founder Sir Richard Branson could join his crew on a suborbital test flight of the VSS Unity spaceplane.

This is not a done deal. Parabolic Arc's source is anonymous, so the company itself hasn't confirmed this. Also, this source revealed that Branson's flight is "contingent upon obtaining [a commercial reusable spacecraft] operator's license from the Federal Aviation Administration." Because Branson himself is not a licensed pilot of the spaceplane, he's technically only a passenger, and so Virgin Galactic needs a specific license for him to go along for the ride, despite the fact that he owns the company.

Also, it's not yet certain Virgin Galactic will be able to get both the VSS Unity and its VMS mothership ready to fly again by July 4, which would be just 44 days since their last paired flight. (Historically, Virgin has needed at least two full months to get its spaceplane ready for a another flight.)

Still, if the rumor is true, then it means that Branson could arrive in space before Bezos does -- beating Branson's archrival in space tourism by as much as two full weeks, and scoring a public relations coup in the process.