Alphabet (NASDAQ:GOOG) (NASDAQ:GOOGL) subsidiary Google has agreed to pay French regulators 220 million euros as part of a settlement in an antitrust case.

The 220 million euros -- about $268 million -- is just a slap on the wrist for the advertising giant, which generated $16.4 billion in operating income in the first quarter alone. The bigger penalty is the changes Google agreed to make with how it conducts its ads business, and Google may preemptively follow the same course in other markets. 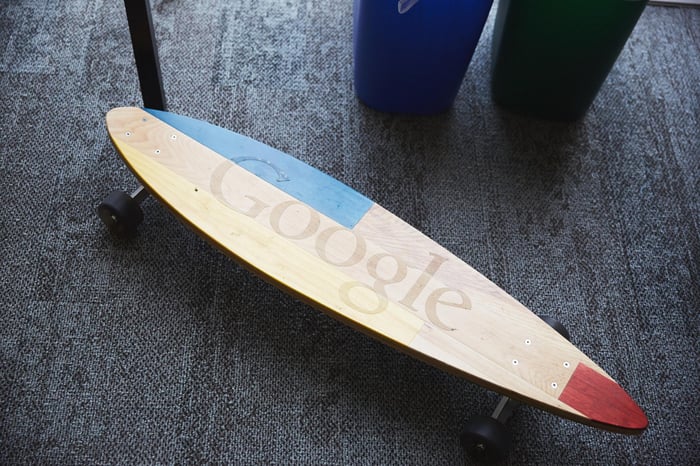 Too much control over data

The antitrust case brought forth by French authorities alleged Google privileged its own ad-buying tools -- Google AdX and DoubleClick for Publishers -- by allowing data to flow more freely between the two services.

Here's how that works in practical terms. When a publisher wants to fill excess ad inventory on its website, it uses a supply-side platform to put it up for auction across ad exchanges. Ad buyers are able to place bids on an exchange based on various criteria known about the website and the visitor.

The ad server will collect bids across multiple exchanges, and it fills inventory with the ads from the highest bidders across all the exchanges it works with. Google's server, formerly known as DoubleClick for Publishers, is one of the most popular among publishers.

But Google also operates an exchange, AdX. Google's ad server can collect data on what it saw on other exchanges, such as the price of winning bids, and it can (and currently does) share those data with AdX bidders. Additionally, AdX worked well with Google's own ad server, but it doesn't work so well with competing ad servers, reinforcing the use of DoubleClick for Publishers among website operators.

That free exchange of data among Google's products while limiting data and use for other ad tools is what upset publishers and convinced regulators to act.

Google plans to develop some solutions to address the issues brought forth in the case.

First, it intends to make it easier for bidders on other exchanges to access data from its ad server, including the minimum bid to win for auctions it previously privileged AdX with. The company mentioned it could face a technical challenge in some cases where bids take place outside of its ad platform, but it will work to offer as much data as it can.

Additionally, Google said it will be "implementing product changes that improve interoperability between Ad Manager and third-party ad servers." In other words, it won't force (for lack of a better word) publishers to use its own ad server in order to get access to bidders on its ad exchange.

On top of that, the company reaffirmed its commitment not to use data from other supply-side platforms on its own ad exchange in a way its competitors are incapable of reproducing.

Importantly, these changes may not be exclusive to France. In a blog post announcing the moves, the company wrote, "We will be testing and developing these changes over the coming months before rolling them out more broadly, including some globally." Google may make the changes preemptively as it faces the threat of antitrust accusations all over the world. It could help mitigate any regulatory fines the company attracts in the future.

Google's Ad Manager -- which now encompasses both its exchange and server products -- is part of Alphabet's Google Network segment. In 2019 and 2020, Google Network ad revenue accounted for nearly 16% of Google's total ad revenue. That's not massive, but it's still significant nonetheless. The segment's growing roughly in line with ad revenue from Google's own properties outside of YouTube.

Implementing the changes above globally will likely have a negative impact on revenue growth from the segment going forward. So, it could fall to become a smaller piece of the business over time as YouTube and Google's own websites grow faster.

Moreover, it's an admission that Google isn't completely immune to antitrust regulators making significant changes to its business practices, and that additional antitrust cases around the world could impact revenue further.

That said, the threat of increased regulation has been a major risk when investing in FAANG stocks for some time. Investors that are comfortable with the risk may still find Alphabet shares attractive, especially as the market digests the news about the settlement in France.