Please ensure Javascript is enabled for purposes of website accessibility
Log In Help Join The Motley Fool
Free Article Join Over 1 Million Premium Members And Get More In-Depth Stock Guidance and Research
By David Jagielski - Jun 9, 2021 at 5:10AM

The business is growing in all areas, but is it enough to justify the stock's hefty valuation?

Shares of top healthcare stock Abbott Laboratories (ABT -0.53%) are down 8% over the past month while the S&P 500 has been relatively steady, up by less than 1% during that period. That's because the company recently lowered its guidance for the year, which led to investors selling off the stock in early June.

However, the business still has strong fundamentals and pays a decent dividend. Should investors considering adding Abbott's stock to their portfolios now that it is trading at a lower price, or is it likely headed for more of a decline? Let's take a look at its updated valuation and determine whether it is still a good buy today. 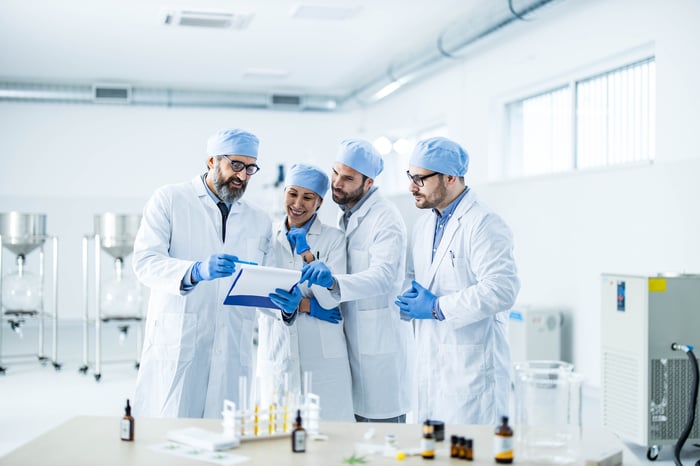 Why did Abbott reduce its earnings forecast?

On June 1, the healthcare company announced it was updating its projections for the current year as it was seeing a steep decline in demand for COVID-19 testing. A big part of the reason is that more than half of Americans have received at least one dose of a vaccine thus far, and in 12 states the percentage is as high as 70%. With fewer concerns surrounding COVID-19, it's not surprising to see the demand for testing hasn't been as strong. Abbott anticipates this trend will continue throughout the year.

The company's CEO Robert B. Ford notes that business outside of COVID-19 "is accelerating." However, that wasn't enough for Abbott to avoid lowering its diluted earnings per share (EPS) forecast to a range between $2.75 and $2.95 -- previously it was expecting that number to be $3.74 or better.

What does this do to its valuation?

With a reduction in earnings, investors adjust how much they are willing to pay for the stock, which is why shares of Abbott tanked on the news. The stock fell to $105.79 on June 1 (down 9.3%). The last time it closed lower than that was on Oct. 30, 2020 when it finished trading at $105.11. Today, with its share price around $109, Abbott's stock is trading at a future price-to-earnings (P/E) ratio of 38 with the updated guidance. Under the previous forecast, that multiple would be just 29.

Even the lower multiple would still look steep compared to some other top healthcare stocks. 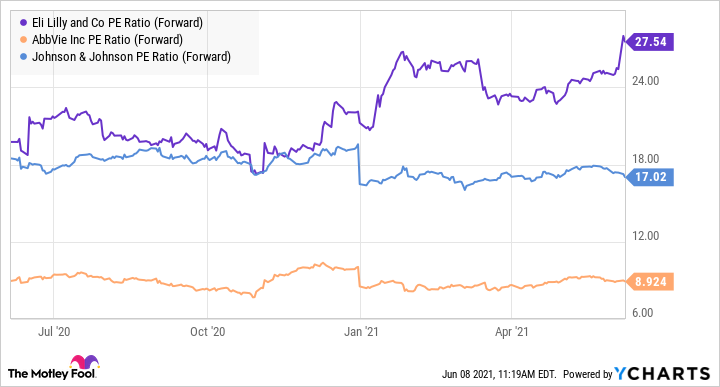 Typically, for healthcare stocks to trade at hefty earnings multiples (in the neighborhood of 30 or better), investors expect them to generate strong growth numbers. And while Abbott has been performing well, if you take out the impact of COVID-19 testing, they aren't all that amazing. In its first-quarter results for the period ending March 31, outside of its diagnostics business (which grew at a rate of 120%), the only segment that generated more than 10% sales growth was medical devices (13%). Its nutrition and pharmaceutical-related sales were up by just 6.9% and 2.5%, respectively.

Should you buy shares of Abbott today?

But investors are right to be worried about what a full year might look like without COVID-19 testing giving Abbott's numbers a boost. And with the stock trading at such a high multiple of earnings, I wouldn't be surprised to see Abbott's stock fall further down as the year goes on and investors shift to stocks that will benefit as a result of the economy opening back up. Although it remains a good long-term buy, there are better options out there for investors which have much better growth prospects than Abbott. But if you are inclined to buy the stock, it may be a good option to simply wait for more of a drop in price.