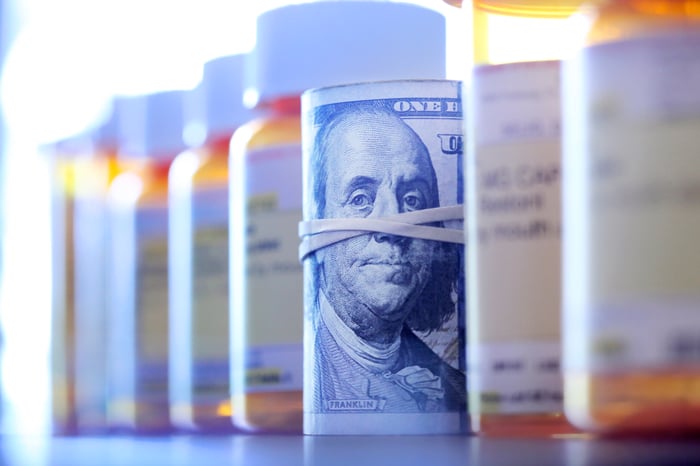 The billion-dollar COVID supply deal follows in the footsteps of previous agreements between the U.S. and drugmakers developing vaccines and treatments targeting the coronavirus. In January, the U.S. Department of Health and Human Services and the Department of Defense agreed to spend up to $2.625 billion for all of the finished doses of Regeneron Pharmaceutical's (REGN 6.71%) infused, antiviral cocktail by June 30.

Molnupiravir is an orally administered form of a ribonucleoside analog designed to prevent replication of RNA viruses responsible for causing COVID. In April, Merck announced positive data in a phase 2 clinical trial evaluating its use in non-hospitalized patients, prompting it to advance the twice-daily 800-mg dose into phase 3 trials. Phase 3 will determine if molnupiravir reduces the risk of hospitalization or death caused by COVID in patients who have had symptoms for five days or less and who are at the greatest risk of developing severe symptoms, such as the elderly or those with diabetes.

The U.S. government's agreement only kicks in if molnupiravir's trial proves it is effective and safe enough to receive FDA Emergency Use Authorization or approval. The results from Merck's phase 3 study are expected in September or October.