Please ensure Javascript is enabled for purposes of website accessibility
Log In Help Join The Motley Fool
Free Article Join Over 1 Million Premium Members And Get More In-Depth Stock Guidance and Research
By David Jagielski – Updated Jun 10, 2021 at 10:12AM

These businesses have been showing progress this year, and there's reason to expect even better results ahead.

More than half of the U.S. population has now received at least one dose of a coronavirus vaccine. That's great news for the economy; businesses can start their return to normal and people can resume their regular day-to-day lives. And that could lead to a surge in activity for many industries. 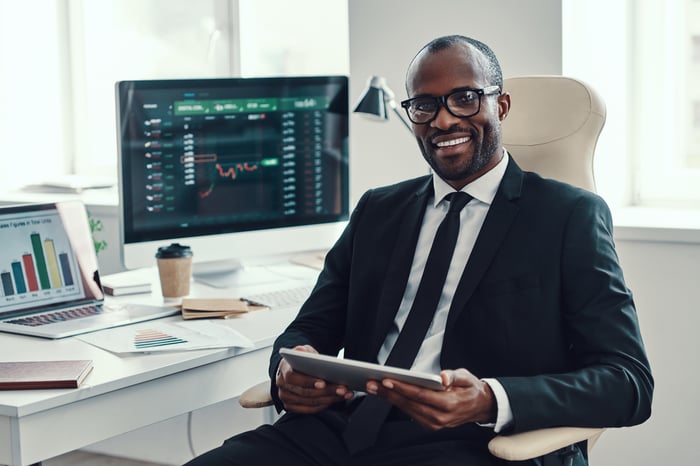 Cannabis company Planet 13 built its business model around being a tourist attraction. Its SuperStore in Nevada is located near the Las Vegas Strip and is a massive 112,000 square feet in size -- that's about the size of 56 Starbucks coffee shops. The location contains event space for weddings and corporate events, and also has restaurants. There's no shortage of things to do at the venue, and the sheer size of the location has made it a popular destination in Las Vegas. It's scored a 4.5-star rating on TripAdvisor. Planet 13 is also opening a smaller 55,000 square foot dispensary in Santa Ana, California later this year, not far from Disneyland.

What should have investors bullish on this pot stock is that it is doing exceptionally well even though things aren't back to normal just yet. When the company announced its year-end results on April 5, it reported a record $9.7 million in sales for the month of March. And while that looked impressive, that record was shattered the following month when sales for April topped $10.7 million. This week, it announced yet another record with sales in May totaling $11.2 million.

Planet 13's shares are up more than 20% so far in 2021 and well ahead of the S&P 500's returns of 12%. I think things are only going to get better for the pot stock in the weeks and months ahead as the we enter the summer travel season.

Restaurant Brands hasn't been generating great results lately, but that could change as more people return to its popular restaurants. Like Planet 13, there are already signs that things are getting better for the business. When the company released its first-quarter results on April 30, it reported consolidated systemwide sales growth of 1.4% for the period ending March 31 compared to 0% a year ago. Systemwide numbers include sales across all restaurants while comparable sales only look at restaurants that were operating during the same period last year.

But there's still room for improvement. Its Tim Hortons chain was down 4.9% when looking at systemwide sales (although last year it was a negative 9.9%). It was also the only chain with negative comparable sales (down 2.3%). The coffee shop is popular in Canada, and now that the country's largest province, Ontario, has completed a lockdown due to COVID-19, investors shouldn't expect to see positive growth numbers there for a while. But Restaurant Brands' other chains have been doing better. Burger King's sales are up a modest 1.8% in Q1 and its smallest restaurant chain, Popeyes, generated revenue growth of 7%. The company reported that as of the end of March, 95% of its restaurants around the world were now open.

Year to date, shares of Restaurant Brands are up 13% and in line with the S&P 500's returns. But as more people go back to meeting in coffee shops and restaurants, the stock should see much better numbers later this year and could be a great pick up today.

Banks generally fare better when the economy is in good shape. That's why JPMorgan is also a stock to keep on your radar as the world reopens. The chief executive of the Institute of International Finance, Tim Adams, recently told CNBC that he expects banks to generate "record-level earnings this year" as they benefit from greater investing activity and lending income. And even though JPMorgan's stock is at around $165 and trading near its 52-week highs, multiple analysts have set price targets at $182 or better -- one as high as $195.

Although the bank stock is doing well right now, the economy is still in the very early stages of its recovery, and there could be a lot more bullishness ahead that leads JPMorgan's shares even higher. Despite some tough quarters last year where a gloomy forecast for the economy led to higher-than-usual credit loss provisions for JPMorgan, the bank's profit margin over the trailing 12 months remains strong at around 33% of its revenue. And total net revenue of $32.3 billion for the three-month period ending March 31 grew by more than 14% year over year.

Even with the bank operating in a low-interest rate environment, JPMorgan has proven that it can deliver strong, sustainable profits under less-than-ideal conditions. Deposits have been growing in every area of its business and the diversity of its operations makes this a safe investment and an ideal one to hang on to until retirement.