Please ensure Javascript is enabled for purposes of website accessibility
Log In Help Join The Motley Fool
Free Article Join Over 1 Million Premium Members And Get More In-Depth Stock Guidance and Research
By Jennifer Saibil - Jun 10, 2021 at 7:12AM

There aren't too many areas left for the mammoth retailer to dominate. It's starting to put more resources into streaming.

Amazon (AMZN -1.44%) is the ultimate disrupter, challenging and changing multiple traditional industries. It hasn't always been successful, but that doesn't matter. It has enormous cash coffers that is uses to invest in new ventures, and it can quietly shut down initiatives that don't work out, or keep pumping cash into them until they do. It has done all of these things.

The internet king launched several new projects over the past 12 months, including Just Walk Out technology for licensing, Amazon Fresh grocery stores, Amazon Pharmacy, and Amazon Wardrobe. But its latest efforts at dominance may be in an area less obvious: streaming. 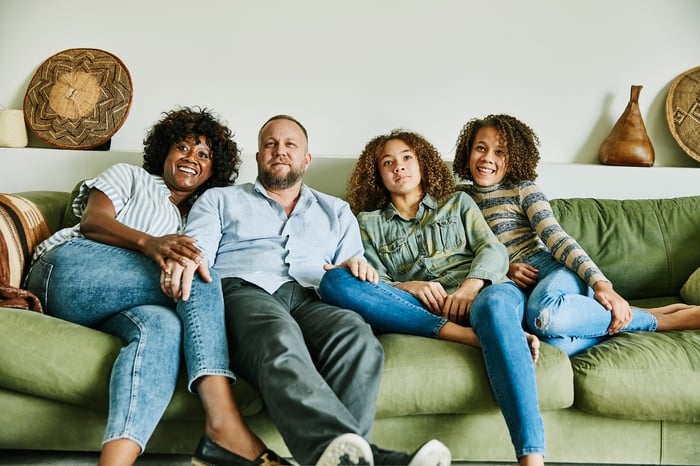 Carving out its niche in the streaming revolution

Amazon has offered audio and video streaming since 2006, when it launched Amazon Unbox, a streaming rental service that was discontinued in 2014. Amazon Prime Video and Amazon Music are included in an Amazon Prime membership for $12.99 a month, or they can be purchased separately at different price points in monthly and yearly subscriptions. Director of Investor Relations David Fildes said, "We look at Prime Video as a component of the broader Prime membership ... members who watch video have higher free trial conversion rates, higher renewal rates, higher overall engagement."

Netflix (NFLX -0.58%) was the leader in video streaming before the pandemic, and while it remains in the top position, other streaming services exploded over the past year as people stayed in and watched at home. Disney (DIS 4.68%) made serious headway in its own attempts at streaming, with more than 100 million Disney+ subscribers as of the end of the second quarter in April. Both Netflix and Disney said they would release 100 new films this year, making them the services to beat.

This was the year to join streaming, and most of the major studios and networks launched competitive streaming sites. AT&T's (T 0.17%) WarnerMedia launched HBOMax last year, and it made headlines when it was the first studio to release a film, Wonder Woman 1984, straight to streaming and theaters at the same time. Other companies have followed suit. Comcast's (CMCSA 1.13%) NBCUniversal launched Peacock last year. Device-maker Roku (ROKU -0.53%) made the anticipated announcement in April that it would create its own original streaming content launching on its free channel.

That's a lot of competition, from rivals whose sole business is cranking out great movies. Amazon has had its own success with Amazon Originals, and it said it has a "strong slate" of new content to be released. But it doesn't create as much content as other services and relies on third-party relationships to stock its lineup. To combat that deficiency, the company made an exciting move in late May to acquire Metro Goldwyn Mayer (MGM) Studios for nearly $8.5 billion. That adds 4,000 films to the Prime Video library, including franchises such as Rocky and James Bond, as well as all future films. 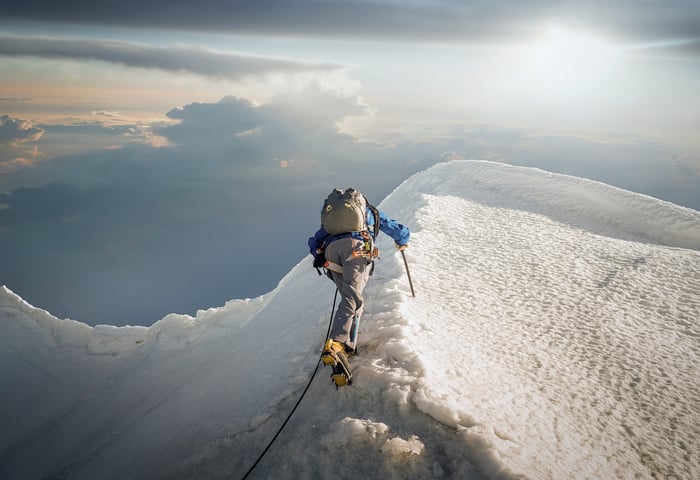 As for music, there are also several companies near the top, such as as Spotify Technology (SPOT 2.20%) and Sirius XM Radio (SIRI -0.15%). All of these services offer similar subscription options, with around 70 million tracks and similar pricing.

Can Amazon take over streaming?

Amazon's strength is in its Prime subscription base of over 200 million members. Of those, 175 million, or almost 90%, have streamed from the video service over the past year, and Amazon doesn't say how many outside subscribers are paying for video streams. CFO Brian Olsavsky said that streaming hours were up 70% year over year in the first quarter, putting Amazon in a good position to take the ball and run with it. Netflix has 208 million subscribers, and it's investing in original films to keep those members paying. Disney has about 145 million total subscribers for all of its streaming sites, and it projects up to 360 million by 2024. Amazon is competitive here, and with the MGM acquisition, it has even more leverage.

Amazon's chances may be more in keeping up rather than taking over, although I don't think Amazon ever met an industry it didn't want to dominate. Streaming is the new way to listen to and watch media, and Amazon is staking its claim on a portion of the total and staying competitive, as well as ensuring a satisfied and growing Prime count.