Please ensure Javascript is enabled for purposes of website accessibility
Log In Help Join The Motley Fool
Free Article Join Over 1 Million Premium Members And Get More In-Depth Stock Guidance and Research
By Zhiyuan Sun - Jun 13, 2021 at 6:31AM

This digital platform specializing in mental health treatments has taken its shareholders on a roller-coaster ride.

In the past five trading days, shares of Ontrak (OTRK -3.41%) are up 13% after the digital behavioral health provider found its way onto the radar of r/WallStreetBets (WSB) traders on Reddit. Ontrak was one of the best healthcare stocks to buy in 2020 with a return of nearly 300% last year.

Ontrak's momentum quickly evaporated, however, after it reported the loss of a significant client. What's more, the company has now attracted attention from hungry short-sellers betting against its demise, with an estimated 34% of its float shorted. Does that make this stock undervalued now? 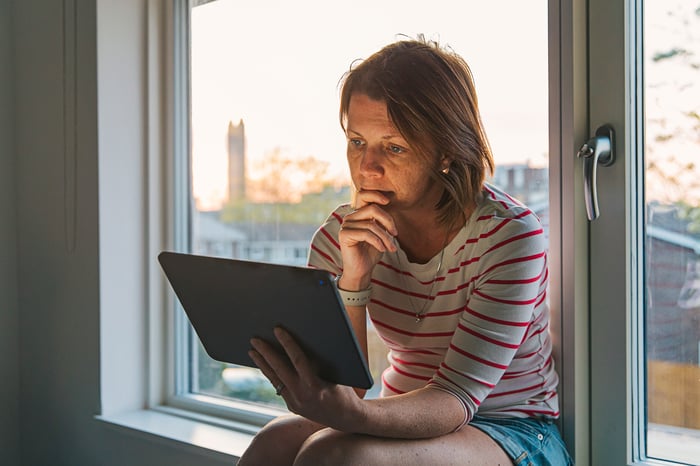 Back in February, Ontrak stock fell by as much as 70% within a month after it announced its biggest customer, managed healthcare company Aetna, will be pulling the plug on the company's services effective June 26. According to Ontrak, Aetna evaluated its performance solely on its ability to provide the lowest cost possible per patient visit. It ignored other outcomes such as clinical improvement or cost savings.

As a result, Ontrak lowered its 2021 revenue guidance from $165 million to $100 million. That represents a growth of just 21% from 2020 levels. However, management does anticipate the company could return to 100% revenue growth by next year.

The guidance is not far off from the growth it achieved in both 2019 and 2020. The Ontrak program targets patients with behavioral health problems (bipolar, anxiety, depression, etc.) who are at risk of developing chronic conditions like diabetes or heart disease.

More than 15,000 behavioral healthcaregivers are using the platform, which has been very successful. For its health insurance client Humana, Ontrak was able to decrease the cost of enrolled patients by 46% per month while providing high-quality care. Its services score 75 via the net promoter score (NPS) metric, which ranges between -100 and 100. With a great value proposition, I think there is a fair chance that Ontrak could reignite its momentum.

So what's with the controversy?

The biggest appeal of Ontrak to short-sellers, aside from 2021 revenue guidance falling below expectations, is past skeletons in its closet. Before Ontrak restructured into a telehealth company, it was a biotech known as Hythiam. The company was run by CEO Terren Peizer, a fixed-income trader with no medical background. He stepped down as CEO in March of this hyear.

During his leadership, Hythiam marketed a treatment called Prometa for methamphetamine addiction under a regulatory loophole. Major media outlets soon began reporting on testimonials of individuals who claimed that Prometa cured their addictions "overnight" after its launch.

Then, however, a scandal broke out regarding a court-treatment agency from Pierce County, Wash., that excluded all possible negative results of using Prometa to treat addiction in a pivotal study. In addition, county and state officials who were responsible for bestowing grants to Hythiam were found to have also been shareholders of the company, leading to conflicts of interest. Hence, shorts allege that Ontrak's supposed clinical benefits are overblown given its the company's tainted track record.

Despite its share of skeptics, Ontrak's business has been booming for quite some time. It has come a long way after generating just $7.7 million in sales in 2017. If its improvements in patient outcomes really were just smoke and mirrors, it's unlikely the company could win contracts from Medicare and major insurance companies such as Blue Cross in the first place. Moreover, insiders own roughly 50% of the company's shares outstanding -- a number quite high for those hoping to get rich off a poor-quality service and make a quick exit.

Right now, its market cap is pretty low for a telemedicine company -- just $674 million. What's more, the stock is inexpensive for the growth it has to offer, at 8 times price-to-sales (P/S) going forward. It looks like a bargain healthcare stock to buy now for these reasons.

Why Ontrak Stock Fell 18% in September