Please ensure Javascript is enabled for purposes of website accessibility
Log In Help Join The Motley Fool
Free Article Join Over 1 Million Premium Members And Get More In-Depth Stock Guidance and Research
By Will Healy - Jun 15, 2021 at 8:17AM

Here are some lessons investors can learn from some of the market's best all-time performers.

Undoubtedly, many investors wish they had bought Amazon (AMZN 0.18%) and Starbucks (SBUX 0.18%) on IPO day. Those who invested $10,000 on that day and held the stock became millionaires. But that information doesn't offer much help to today's investors.

While investors cannot go back to the past, the history of these companies and their stocks can offer lessons to help today's investors find other companies with the potential to deliver outsized gains in the future. Let's take a look at what made these two companies such successes and what they can teach us about other potential successes.

The growth of Amazon and Starbucks

Amazon and Starbucks have become two of the most compelling consumer stocks in the last 30 years. 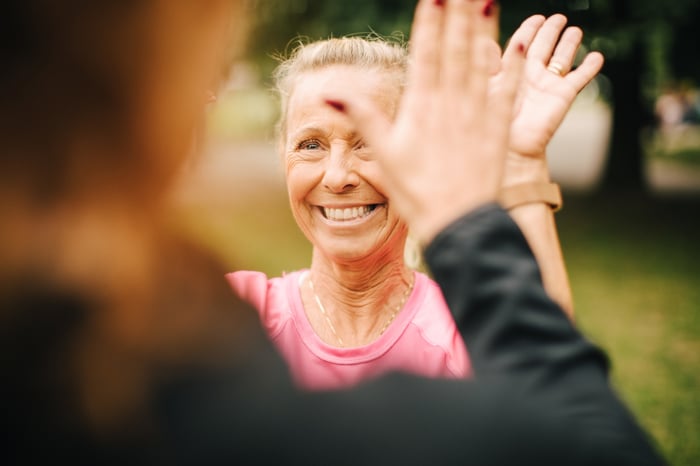 At today's price of approximately $3,300 per share, the original investment now holds a value of more than $24.7 million!

Though Starbucks did not match that performance, it has also delivered outsized returns. Starbucks stock debuted on June 26, 1992, at $17 per share. At that time, $10,000 would have bought 588 shares. Additionally, over time, it has experienced six 2-for-1 stock splits, meaning one original share now constitutes 64 shares.

Today, that would leave investors with 37,632 shares at an original buy price of under $0.27 per share. Since Starbucks now trades at just over $110 per share, that investment would hold a value of just under $4.2 million! And that total doesn't even include the dividend payouts over the years. At the current annual payout of $1.80 per share, such a shareholder would receive over $67,700 in dividends without selling a single share.

Some insight on investor perspectives on IPO day

Despite their classification as consumer discretionary stocks, Amazon and Starbucks run fundamentally different businesses. However, both stocks have one critical factor in common -- they both pioneered new, emerging industries that changed one or more aspects of business or life. But would their investors back then have known that at the time?

Before beating oneself up for not buying early, an investor should take a harder look at the perspective of the time. A stockholder needs to remember that picking future large-cap and mega-cap stocks on the IPO day is no easy task.

Picture Amazon in 1997. At that time, Amazon did not have Whole Foods, movie streaming, or cloud computing. While it pioneered e-commerce in many respects, it only sold books when the company went public.

Perhaps a more forward-looking investor might have predicted the expanded e-commerce offerings and maybe even alliances with traditional retailers. However, no reasonable investor would have likely foreseen Amazon's non-retail offerings such as Amazon Web Services (AWS) or recent moves to become more of a healthcare company.

Moreover, founder Jeff Bezos was an unknown at that time, so few people outside of his inner circle would have had a glimpse at his potential. Additionally, investors had no idea Amazon would outperform other emerging e-retailers such as eBay, whose stock debuted in 1998.

Starbucks may have offered a more predictable growth path. It simply brought the Italian coffee experience to the U.S. Still, even though American consumers have long loved coffee, investors at that time had to have faith that Starbucks could adapt the Italian coffee shop concept to American tastes. Early investors held no guarantee that that idea would work in the U.S. or that its then-unknown CEO, Howard Schultz, could succeed.

Admittedly, investors at that time could take solace in the fact that Starbucks operated 165 stores on the day it launched its IPO. Still, from the 1992 perspective, some investors likely assumed that consumers would continue to meet for coffee at places like McDonald's or Denny's and bypass the emerging coffee chain.

Admittedly, while the growth story of both companies will probably continue, seeing either company turn a $10,000 investment now into millions again is mathematically improbable. At a market cap of over $1.65 trillion, Amazon turning a $10,000 investment into $1 million would take its market cap to $165 trillion, more than seven times the U.S. GDP. Hence, what many investors probably want is to find the next Amazon or Starbucks.

This will probably compel many prospective buyers to seek the leading company in one of the emerging industries of today. While that may sound easy, they will have to look at the newly minted stocks from a perspective similar to the one held by Amazon or Starbucks stockholders in the 1990s. Moreover, even if the future appears promising, no company can guarantee that it will become the Amazon or the Starbucks of an emerging industry.

Nonetheless, the possibility that such stocks will turn $10,000 into millions will likely continue to draw investor interest in companies that have recently changed some part of our lives.