Please ensure Javascript is enabled for purposes of website accessibility
Log In Help Join The Motley Fool
Free Article Join Over 1 Million Premium Members And Get More In-Depth Stock Guidance and Research
By Lee Samaha - Jun 16, 2021 at 7:35AM

The recent investor day presentation caused investors to rethink the thesis behind the stock.

The market didn't take too kindly to UPS (UPS 0.63%) investor and analyst day presentation and promptly sold off the stock on the day of the event. However, the market's knee-jerk reactions often prove too hasty, and I think that's the case here. Let's take a look at why investors are wrong to sell the stock off.

Why UPS stock sold off

The most likely cause of the sell-off comes down to the fact that management's guidance to 2023 didn't quite live up to expectations. Or at least it didn't live up to Wall Street analyst consensus estimates on one critical metric, free cash flow (FCF). 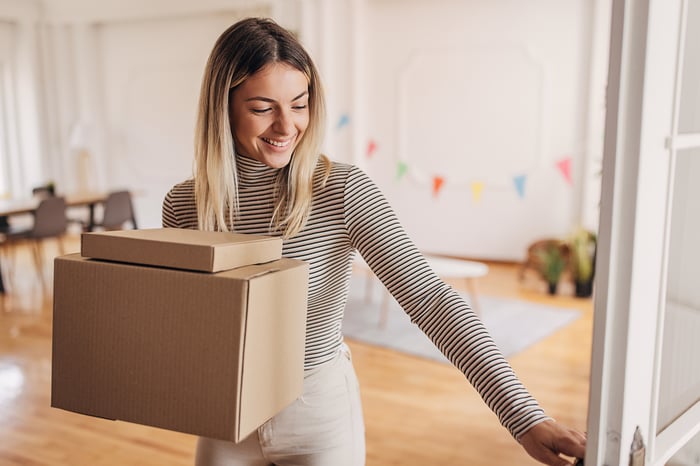 It's always a key metric to follow because it's what's left from earnings after the working capital necessary to run the business is taken out, and capital expenditures (CAPEX) are made. In other words, it's the cash generated in the year that a company could use to pay off debt, buy back stock, pay dividends, or engage in mergers and acquisitions.

To elucidate matters further, here's a look at the guidance from the event compared to the analyst consensus going into it. The comparison shows revenue guidance in line with, and operating profit guidance better than, market expectations going into the event. However, the transportation giant will make more capital expenditures than expected. Consequently, the capital spending will eat into FCF generation, and FCF guidance is lower than what the market had penciled in.

This matters because investors often use FCF to value companies. Since FCF guidance is lower than analyst expectations for 2021-2023, it's understandable if some investors want to sell the stock. Furthermore, the capital spending requirements of UPS (and FedEx, for that matter) are watch items. It's no secret that e-commerce volumes are burgeoning, but both companies have had to significantly ramp capital spending in recent years to build out capacity to service it. 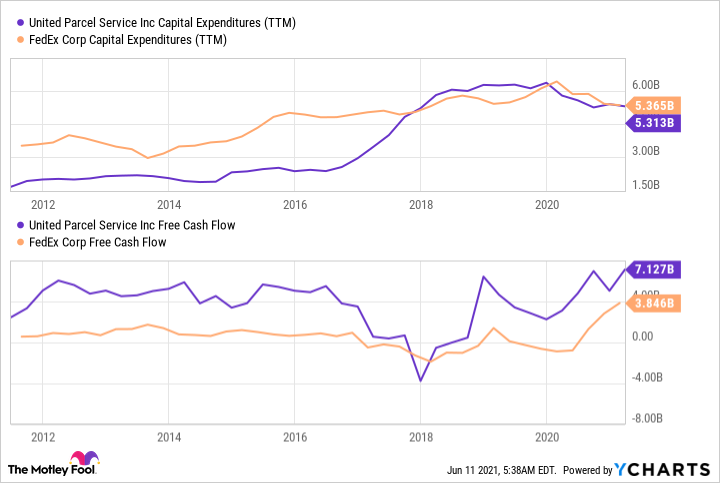 Why the market is wrong

On the other hand, there are two primary reasons why I think the sell-off is unwarranted. First, the capital spending isn't anything out of historical context, and the majority of it will be to fuel growth in the business.

In fact, 65% of the capital spending is earmarked for growth investments. Investors shouldn't be afraid of growth investments. The fundamental reason why investors put money into companies is that they (investors) believe that management can generate a better return on their money than they can.

Moreover, the capital spending plans represent 4.5% to 5.5% of expected revenue in the period, and that's not something out of sync with what UPS has traditionally spent. 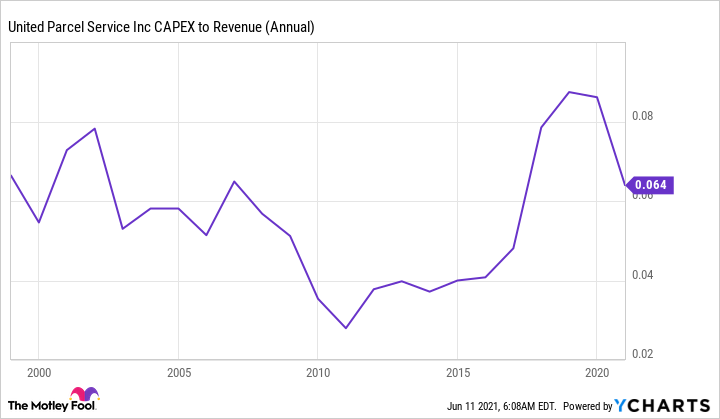 Furthermore, management is quite clear that the company's investments come under CEO Carol Tome's "better, not bigger" framework. In other words, UPS's focus is on expanding selective and profitable revenue streams (such as the emphasis on small and medium-sized businesses and healthcare) rather than just chasing volume growth overall. 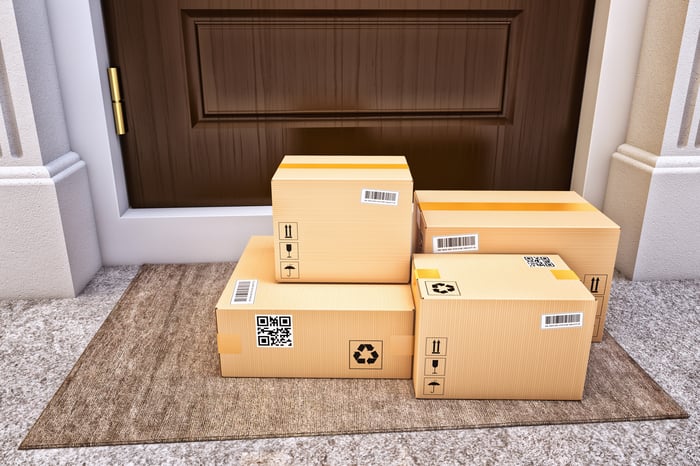 Second, as you can see in the table above, operating profit and operating profit margin guidance is higher than what the market expected it to be in 2023. Granted, FCF is still the most important metric to follow. However, if the capital spending results in higher profit margins over the long term, then it will drop into FCF in the long run. That's particularly the case when UPS dials back growth investments in the future.

UPS is still a buy

All told, management's guidance needs should be put into context by investors, and that context is one of a company set to expand margin and revenue over the next three years. In the meantime, UPS management is positioning the company for greater FCF generation over the long term. That's a major plus, not a minus.