Qualcomm's (NASDAQ:QCOM) incoming CEO, Cristiano Amon, recently told The Telegraph his company would be interested in buying a stake in Arm Holdings with a consortium of other investors if regulators block NVIDIA's (NASDAQ:NVDA) $40 billion bid for the chip designer.

Amon suggested the consortium could make that investment if Softbank (OTC:SFTB.Y) spins off Arm, which it acquired in 2016, in an IPO. In a statement, NVIDIA dismissed Qualcomm's suggestion and declared that taking Arm public again would throttle its development of new chip designs.

Qualcomm's statement marks a continuation of its protests against NVIDIA's takeover of Arm, which was initially announced last September. Let's see why Qualcomm desperately wants to keep Arm out of NVIDIA's hands, and why its desire to buy a stake in Arm also reveals its greatest fear. 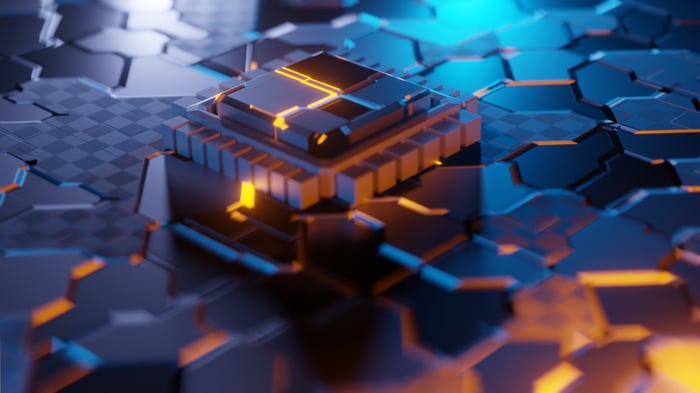 Qualcomm is one of the world's largest producers of mobile chips and baseband modems. It also owns the largest portfolio of cellular patents. In the earlier days of smartphones, Qualcomm comfortably dominated the mobile chip market with its Snapdragon SoCs (systems on chips), which bundle together application processors, GPUs, and modems. Its licensing business also collected royalties from every smartphone maker worldwide -- even those that didn't use Qualcomm's chips.

But over the past year, Taiwanese chipmaker MediaTek (OTC:MDTKF) overtook Qualcomm as the world's largest mobile chipmaker. Between the first quarters of 2020 and 2021, MediaTek's global market share rose from 24% to 35%, according to Counterpoint Research, as Qualcomm's share dipped from 31% to 29%. Top smartphone makers, including Apple, Samsung, and Huawei, also continued to use their own first-party application processors instead of Qualcomm's chips.

Antitrust regulators have also forced Qualcomm to reduce its licensing fees in several major markets, including China, over the past few years. That pressure throttled the growth of its licensing business, which had previously generated much higher-margin revenue than its chipmaking business.

In the past Qualcomm pushed other mobile chipmakers, including NVIDIA and Texas Instruments (NASDAQ:TXN), out of the market by bundling its chips with lower licensing fees. NVIDIA and TI couldn't match those prices, so they eventually surrendered the smartphone market to Qualcomm.

Arm is the ultimate gatekeeper of mobile chips

In that context, it seems ironic for Qualcomm to oppose NVIDIA's takeover of Arm. However, the deal could threaten Qualcomm in two ways.

First, Arm only collects royalties from its chip designs; it doesn't manufacture chips. About 95% of all mobile chips across the world -- including those produced by Qualcomm, NVIDIA, Apple, Samsung, and Huawei -- use Arm's designs. 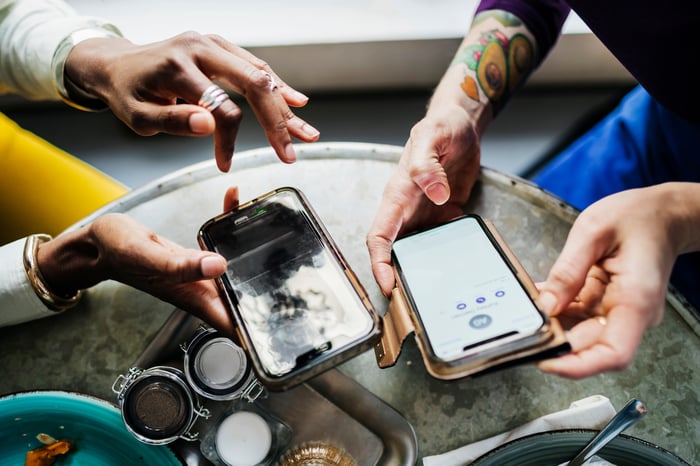 After buying Arm, NVIDIA won't need to pay Arm any royalties on its own Tegra SoCs -- which are primarily used in cars, gaming consoles, and set-top boxes -- and it will collect royalties from all the other Arm chipmakers.

That shift could also enable NVIDIA to make its Tegra SoCs cheaper than Qualcomm's Snapdragon SoCs. The Tegra hasn't been aimed at smartphones since NVIDIA discontinued its Icera modem business in 2015, but the chipset could still challenge Qualcomm in markets that don't require cellular connections -- such as connected TVs and Arm-based PCs.

Second, Qualcomm believes NVIDIA could eventually prevent Arm, which is often called the "Switzerland of chips" for its neutral positioning, from offering its most advanced chip designs to chipmakers other than NVIDIA. NVIDIA dismissed those claims, but its recent introduction of the Grace CPU -- a high-end Arm-based chip for data centers -- indicates it has big plans for Arm-based chips beyond the Tegra.

Qualcomm has repeatedly failed to crack the data center market, which is dominated by Intel, with its higher-end Arm-based chips. However, NVIDIA might produce a much more powerful data center chip by pumping more cash into Arm -- and quietly keep those designs to itself.

NVIDIA's takeover of Arm still faces many hurdles, including antitrust probes across the world and legal battles against the CEO of Arm China, who has refused to resign after being ousted by the board. Therefore, NVIDIA will likely need to make major concessions before the deal is approved.

In other words, a doomsday scenario for Qualcomm -- in which NVIDIA hoards all of Arm's latest designs, raises licensing fees across the board, and launches more advanced Arm chips to challenge its Snapdragon chips -- probably won't occur. NVIDIA will also likely focus on the PC gaming and data center markets instead of clashing with Qualcomm again in mobile chips.

Buying a stake in Arm would help Qualcomm, since it could reduce is own licensing fees, but an NVIDIA takeover also won't derail its growth. For now, Qualcomm's investors should pay more attention to MediaTek, which is gradually creeping into the high-end smartphone market, and the global chip shortage, which could throttle its shipments this year.