Please ensure Javascript is enabled for purposes of website accessibility
Log In Help Join The Motley Fool
Free Article Join Over 1 Million Premium Members And Get More In-Depth Stock Guidance and Research
By Courtney Carlsen – Updated Jun 17, 2021 at 9:33AM

The billionaire activist investor has a $400 million stake in the insurer.

Last month, investors learned that billionaire activist investor Carl Icahn had accumulated a $400 million stake in Allstate (ALL 0.80%). Icahn is best known for his shareholder activism, buying up companies when no one wants them and unlocking their value, which then delivers value to shareholders.

The activist investor added the stock last year at around $90 a share. Icahn cited the company's cheap valuation as well as its strategic moves as his key reasons for investing in the insurer. If Icahn is on board with Allstate, should you buy it, too? 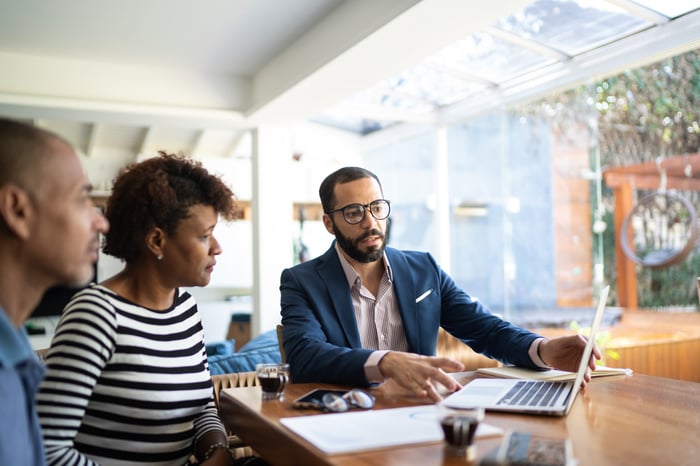 In an interview with Bloomberg on May 26, Icahn said that Allstate is "a good example of a company that was undervalued" last year, and that was why he built a $400 million stake in it. Icahn said that he didn't have to do anything to get Allstate to move, and that the company has "lived up to what they were saying they were going to do."

He didn't go into detail, but he did mention he liked the insurer's move of going more direct-to-consumer -- a move made possible by its acquisition of National General Insurance for $4 billion. The deal was announced last July and closed in January of this year.

In the company's press release following the acquisition, CEO Tom Wilson said that the transaction boosted Allstate's market share by 1 percentage point to 10%. The transaction combines the companies' expertise, enhancing Allstate's competitive position in independent agency distribution. Glenn Shapiro, the company's president of personal-property liability, said, "We're positioned really well to grow with a lot of green field ahead of us in the independent agent space."

Another move that Allstate made in recent months has been to eliminate its life insurance businesses, citing the high costs associated with them stemming from the pandemic. Wilson has said the move gets rid of less profitable operations, and allows the insurer to focus on what it does really well: underwriting auto and homeowners policies.

Allstate posted solid results in the first quarter, with revenue growing 26% from the same period the year before to $12.4 billion. As a result, the insurer saw net income from continuing operations of $2.4 million, up nearly 188% from the same quarter last year. The insurer has shown stellar growth and a good ability to underwrite profitable policies, as seen by its combined ratio -- a measure of profitability in the insurance industry, where anything under 100% means you are earning a profit. In 2020, the insurer posted a stellar combined ratio of 87.6%, and the company improved upon this in the first quarter, with the ratio coming in at a stellar 83.2%.

Allstate is a great buy at a cheap valuation

Your financial website of choice may show Allstate with a P/E ratio around 11.5 as of Wednesday's close. But that multiple doesn't reflect Allstate's sale of its life insurance businesses to The Blackstone Group and Wilton Re in the first quarter, which shows up on its income statement as a $3.8 billion loss from discontinued operations. Backing this out gives the insurer a trailing-12-month P/E ratio of 5.8, which is cheap compared to competitor Progressive, with a P/E ratio of 8.5.

Not only that, but according to the most recent data, inflation for the month of May was 5% on an annualized basis. If it stays elevated, the Federal Reserve could be forced to raise interest rates sooner than expected. In its most recent June meeting, 11 out of 18 Federal Reserve officials have indicated they believe there will be two rate hikes in 2023. This comes after only seven officials expected a rate hikes in 2023 following the March meeting. A rise in interest rates would benefit insurers like Allstate, which rely on investment income to generate excess returns.

Allstate has made solid moves in the past year, increasing its independent agent network, improving its agent technology platform, and getting rid of less profitable businesses. The company is focused on growth while keeping expenses lower, and the macroeconomic environment should serve as a tailwind in the coming years. Given its cheap valuation and its moves to consolidate its insurance options, Allstate looks like a solid buy for any investor's portfolio -- high-profile billionaire or not.