Please ensure Javascript is enabled for purposes of website accessibility
Log In Help Join The Motley Fool
Free Article Join Over 1 Million Premium Members And Get More In-Depth Stock Guidance and Research
By Andrew Hayward - Jun 17, 2021 at 11:41AM

Significant price fluctuations are common in the famously volatile cryptocurrency market, but there's a curious trend emerging over the last year or so: whenever Tesla and SpaceX CEO Elon Musk tweets about a crypto coin, the price often shoots to the sky or sinks like a stone.

Musk has embraced the cryptocurrency community with open arms, positioning himself as the world's best-known Dogecoin (DOGE -1.48%) fan and briefly boosting the fortunes of Bitcoin (BTC 0.17%). The market is susceptible to the changing winds of social media sentiment, and Musk has become the face of that up-and-down action thanks to his expansive reach, including 57 million Twitter followers. 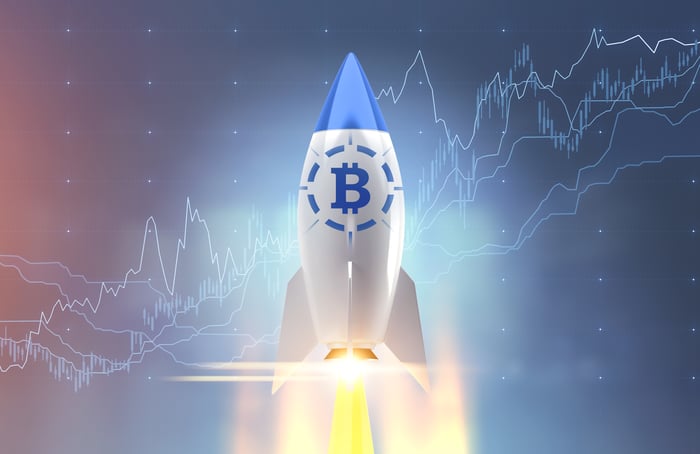 He's a champion to Dogecoin investors in particular, as his frequently shared memes and goofy tweets often result in a notable price leap for the "joke" coin. However, Musk's recent dabbling in the Bitcoin market has lost him some fans in the process, given how much the price has dipped following big news he shared from Tesla. Here's a look at how Musk's Twitter use has impacted the crypto markets.

As the CEO of multiple major firms, Musk's public affection for Dogecoin and its community might catch some investors off-guard. He has called himself the "former CEO of Dogecoin" and "The Dogefather," and briefly planned to sell a non-fungible token (NFT) original music video inspired by DOGE before deciding to hold onto it (the top bid was over $1.1 million).

Musk first came out as a Dogecoin fan in March 2020 and has since tweeted about it many times, often with a startling price jump thereafter. For example, when Musk tweeted a Lion King-inspired Dogecoin meme in February 2021, the price jumped more than 50%. When he teased a Dogecoin cameo for his May Saturday Night Live hosting gig, the price increased by more than 20%.

As of this writing, Dogecoin's price is up more than 5,800% since the start of the year, and Musk's continued impact is hard to deny. Still, not every Musk move pumps DOGE's price: it dropped some 30% after his SNL appearance, during which he joked that it was a "hustle." Doge hype deflated!

Could Musk's positive price impact extend to Bitcoin, the original cryptocurrency and most valuable coin by market cap? For a while, yes. Musk began tweeting occasionally about Bitcoin in 2020 and even changed his Twitter profile to simply say "#bitcoin" in January 2021, starting a trend among other influencers. A study from the Blockchain Research Lab suggests that the move led to a 19% increase in Bitcoin's price over the span of seven hours.

In February 2021, Musk sent the price of Bitcoin soaring when he announced that Tesla had purchased $1.5 billion worth of the cryptocurrency to hold as a reserve asset, and that the company would soon accept BTC payments for its electric cars. Bitcoin's price rose by more than 10% soon after, hitting a new all-time high price, and continued climbing in the days and weeks thereafter.

That building momentum came crashing down in May, however, when Musk announced that Tesla would stop accepting Bitcoin payments due to the environmental impact of Bitcoin's energy-intensive mining process. Musk tweeted the news from his own personal account, and Bitcoin's price rapidly sank: it dropped from around $55,000 to about $48,000 within 24 hours, and has since seen recent lows around $32,000.

Musk has lost some of his crypto-enthusiast admirers as a result, but to be fair, he has helped nudge the price back upwards too—such as this week, when he tweeted that Tesla could eventually resume Bitcoin transactions once enough of the mining apparatus goes green. Bitcoin's price is up more than 20% over the last week.

Whether silly or serious, Musk's tweets about cryptocurrency always seem to have some kind of impact on the price of the coin in question. However, as cryptocurrency becomes more mainstream and the market hopefully calms, we'll see how long that remains true.

Ethereum co-creator Vitalik Buterin, for example, recently told CNN that he believes that the crypto market will gradually build an "immune system" against such social media meddling. "Elon is not going to have this influence forever," he said. Frazzled cryptocurrency investors can only hope that Buterin is right.