Please ensure Javascript is enabled for purposes of website accessibility
Log In Help Join The Motley Fool
Free Article Join Over 1 Million Premium Members And Get More In-Depth Stock Guidance and Research
By Leo Sun - Jun 17, 2021 at 6:15AM

Shopify (SHOP 0.84%) recently bought Primer, an augmented reality app that lets users digitally preview the effects of tile, wallpaper, and paint changes to homes, for an undisclosed sum. In a blog post, Primer said it was "excited to have the opportunity to realize" its "founding conviction of building immersive shopping experiences on a massive scale at Shopify," and will shut down the app on July 10. 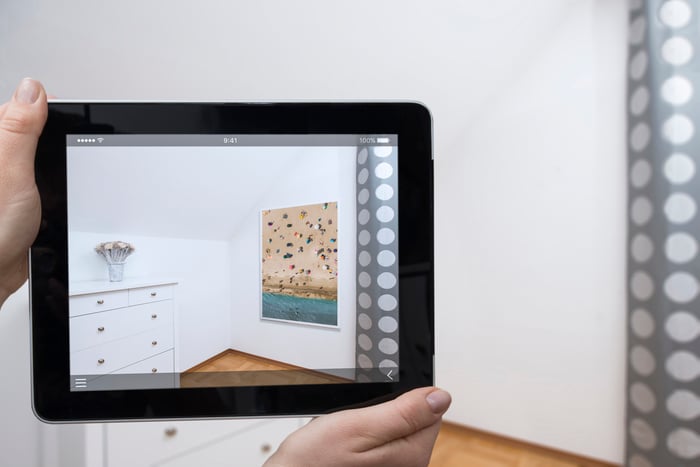 But Shopify still faces competition from other e-commerce platforms like BigCommerce (BIGC 4.30%) and Adobe's (ADBE 2.48%) Magento. Shopify already enjoys advantages against both companies: Its "lite" option is cheaper for smaller merchants than BigCommerce, and its cloud-based platform doesn't require businesses to use their own servers like Magento.