Please ensure Javascript is enabled for purposes of website accessibility
Log In Help Join The Motley Fool
Free Article Join Over 1 Million Premium Members And Get More In-Depth Stock Guidance and Research
By Maurie Backman - Jun 20, 2021 at 6:36AM

Bitcoin can be lucrative but risky. Here's a safer way to grow your wealth.

These days, a lot of investors are jumping on the cryptocurrency bandwagon. And if you're thinking of adding digital coins to your portfolio, you may have your eye on Bitcoin (BTC 4.94%) specifically.

Bitcoin is one of the more well-known cryptocurrencies out there, and while its value has moved wildly this year, many consider it a viable investment and a solid money-making opportunity. But before you sink money into Bitcoin in the hopes of having it make you a millionaire, here's another lucrative -- and less risky -- investment worth considering.

Invest in the broad market

While there is the potential to make a lot of money with Bitcoin, there's also a safer way to grow enough wealth to become a millionaire -- invest in the broad stock market. Specifically, loading up on S&P 500 index funds could make you very, very rich without taking on the risks associated with cryptocurrency investing. 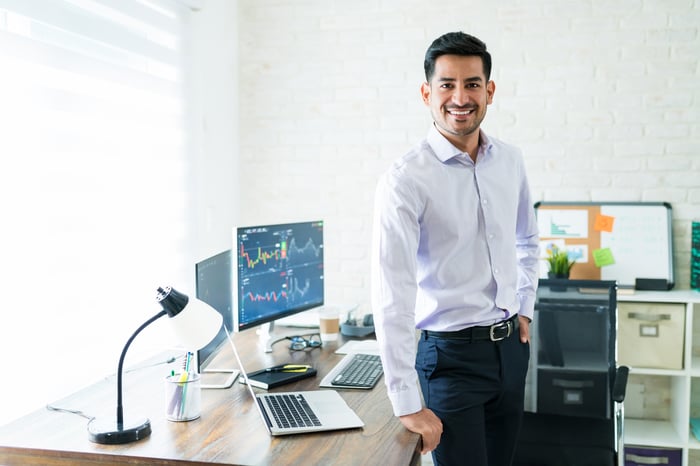 Index funds are passively managed funds that aim to match the performance of the market indexes they're associated with. Meanwhile, the S&P 500 is a market index that's composed of the 500 largest publicly traded companies as measured by market capitalization.

S&P 500 index funds are set up to do as well as the S&P 500 itself. And if you invest in them, you could easily end up a millionaire many times over.

During the past 30 years, the S&P 500 index has delivered an average annual 10.7% return. Now that doesn't mean the index has performed well every single year. In fact, during that period, it had several years with negative returns.

But if we assume that the index is capable of producing comparable returns over the next three decades, and you invest $500 a month in S&P 500 index funds that deliver a 10.7% average annual return over a 30-year period yourself, you'll wind up with $1.13 million. Make it $1,000 a month, and you'll have $2.25 million to enjoy.

What makes the S&P 500 a safer investment than Bitcoin? It's easy -- it's been around longer, and it has a lengthier history of recovering from downturns and rewarding investors who stay the course. Because Bitcoin has only been around for a little more than a decade, we don't know what sort of staying power it has.

Also, the future value of Bitcoin will hinge largely on how much demand there is for it, and for demand to stay strong, Bitcoin needs to become a widely accepted form of currency. But it's too soon to say whether that will happen or not, so if you're looking for a way to grow solid wealth without having to expose yourself to a world of risk, S&P 500 index funds may be a much better bet.

To be clear, this isn't to say you shouldn't invest any money in Bitcoin. But it still pays to put the bulk of your assets into the stock market, and S&P 500 index funds are a great way to invest in it for the long haul.