Please ensure Javascript is enabled for purposes of website accessibility
Log In Help Join The Motley Fool
Free Article Join Over 1 Million Premium Members And Get More In-Depth Stock Guidance and Research
By Keith Speights - Jun 21, 2021 at 5:55AM

They don't receive the attention that some pot stocks do, but these U.S. stocks could be huge winners.

Tilray, Sundial Growers, Canopy Growth. You've likely heard a lot about these stocks so far this year if you follow the cannabis industry at all.

However, the best opportunities don't always lie with the most well-known stocks. Oftentimes, you can make a lot more money over the long run by finding stocks that aren't as widely followed. Here are three great under-the-radar cannabis stocks to buy right now. 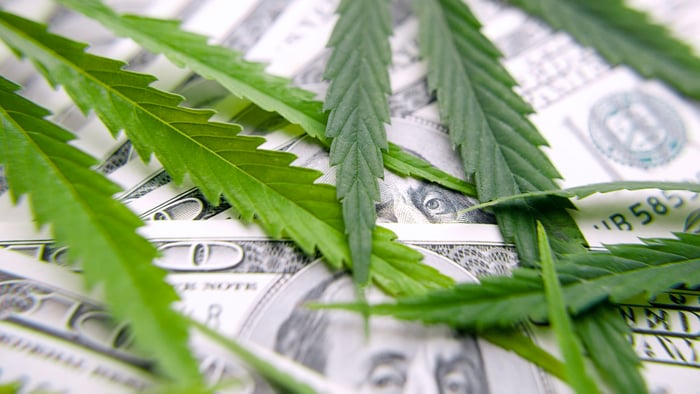 Ayr Wellness (AYRW.F 0.00%) ranks as one of the fastest-growing U.S. cannabis multistate operators (MSOs). Once its acquisition of New Jersey's Garden State Dispensary closes, the company will have a presence in seven states.

In the first quarter of 2020, Ayr generated revenue of $58.4 million, up 74% year over year. It delivered adjusted earnings before interest, taxes, depreciation, and amortization (EBITDA) of $18.4 million. CEO Jonathan Sandelman said that strong Q1 performance "represents the early innings" of Ayr's transformation.

That's a good assessment, in my view. Ayr has tremendous growth prospects in its current markets. The Garden State Dispensary deal should finalize in July. There's also the possibility that Florida could legalize recreational marijuana in the not-too-distant future. Ayr now has a major presence in Florida's medical cannabis market thanks to its acquisition of Liberty Health Sciences.

Compared to most of its peers, Ayr stock is practically dirt cheap. Its price-to-sales multiple currently stands below five. With the company's sales growth set to accelerate, I think Ayr is a stock that could realistically double in the second half of 2021.

Jushi Holdings (JUSHF -1.48%) stands out as another up-and-coming U.S. MSO. It currently operates in seven states, with especially strong businesses in Pennsylvania and Illinois.

The company reported Q1 revenue of $32.3 million. This result reflected 275% year-over-year growth and an increase of nearly 30% from the previous quarter. Jushi posted positive adjusted EBITDA of $2.6 million.

I fully expect that Jushi will keep up this momentum. The cannabis operator is expanding in several markets. The one that I'm particularly watching closely is Virginia. Jushi plans to have five medical cannabis dispensaries open in the state by the end of 2022. Virginia's recreational marijuana market is set to launch in 2024.

Like Ayr, Jushi is a relative bargain compared to most marijuana stocks. Its shares currently trade at under 5.4 times trailing 12-month sales. Jushi's market cap remains below $1 billion, but I think this company will be worth a lot more than that within the next few years.

There simply isn't another company in the cannabis industry that's like Planet 13 Holdings (PLNH.F -6.25%). Planet 13 operates a cannabis SuperStore off the famous Las Vegas Strip that has become a tourist destination.

The company delivered revenue of $23.8 million in Q1, a year-over-year jump of nearly 42%. It posted adjusted EBITDA of $5.2 million. Those numbers are especially impressive considering that the COVID-19 pandemic continues to weigh on tourist traffic to Las Vegas.

Planet 13 should enjoy accelerated growth as COVID worries fade. It hopes to build a cannabis consumption lounge within its Las Vegas SuperStore after key legislation passed in Nevada allowing such lounges. The company also launches its California cannabis SuperStore in July.

This stock isn't as cheap as Ayr and Jushi with a price-to-sales multiple of over 14. However, I think that Planet 13 has plenty of room to run. And if the door opens for the company to list its shares on a major U.S. stock exchange, Planet 13 won't remain an under-the-radar pot stock.

Keith Speights has no position in any of the stocks mentioned. The Motley Fool owns shares of and recommends Ayr Wellness, Jushi Holdings, and Planet 13 Holdings Inc. The Motley Fool has a disclosure policy.